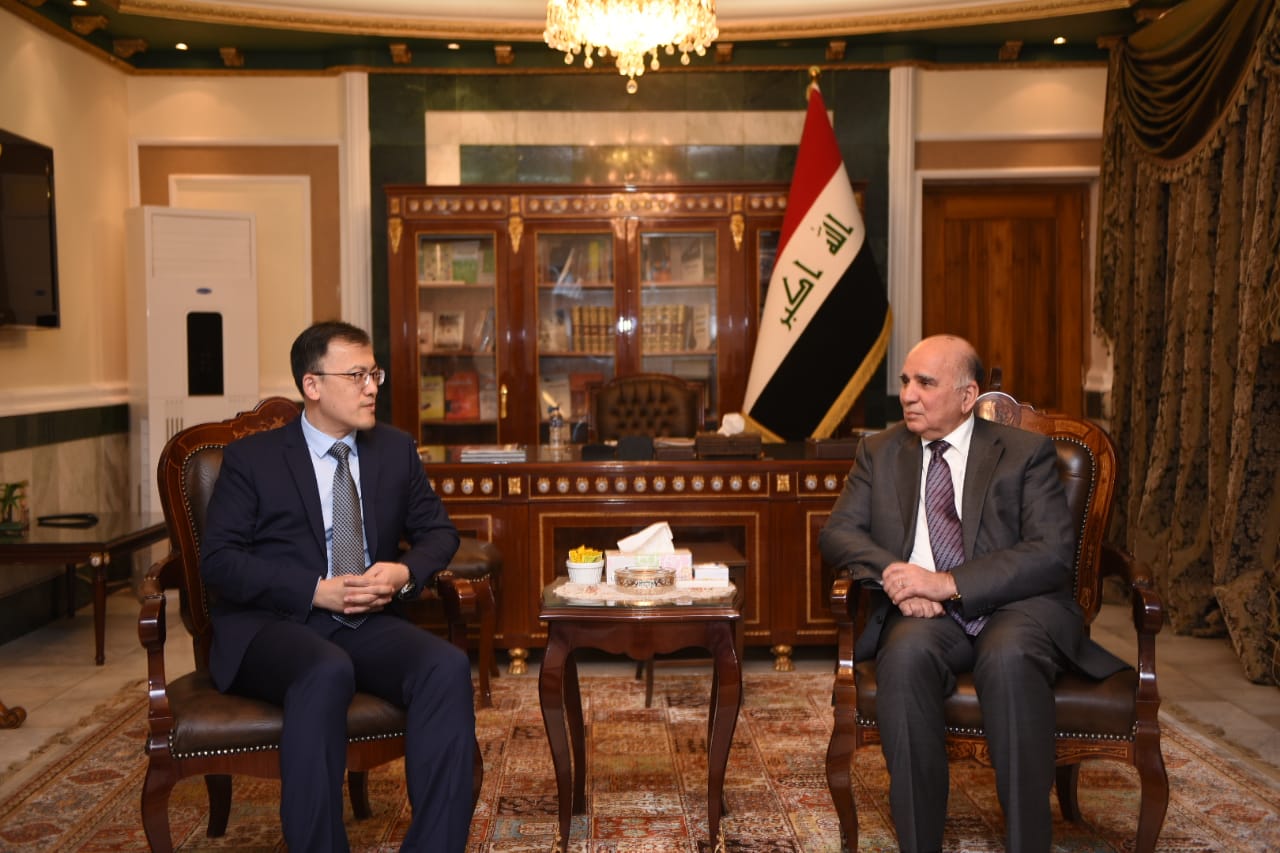 Deputy Prime Minister for Economic Affairs and Minister of Finance Mr. Fuad Hussein received in Baghdad Monday, April 29, 2019, Chinese Ambassador Zank Tao and his accompanying delegation.
The Deputy Prime Minister congratulated Mr. Tao on the occasion of his new position as Ambassador of the People's Republic of China in Iraq.
During the meeting, they exchanged views on enhancing economic relations and developing the balance of trade exchange between Iraq and China. Zank Tao stressed the keenness of his country and Chinese companies and businessmen to participate in the reconstruction and construction campaigns and to provide the necessary guarantees for oil for investment.
The two sides also discussed the importance of re-activating the Belt Road, the so-called Silk Road, to ensure the smooth movement of goods and goods between the countries of the region.
The Ambassador also reviewed the work of Chinese companies in Iraq and some obstacles to their work and the two sides discussed solutions to overcome these obstacles.
The meeting was attended by the Political Advisor, the Commercial and Political Attachés of the Embassy and the Advisor to the Committee on Economic Affairs.