Economy News Baghdad:
The Chairman of the Board of Directors of the Bank of Baghdad, Essam Ismail Sharif, that the Central Bank of Iraq has succeeded in strengthening the pillars of monetary stability in spite of the circumstances experienced by Iraq.
"In 2018, the Central Bank of Iraq, through its strategy of managing monetary policy and strengthening the pillars of monetary stability despite the circumstances in which the country was going through, succeeded in overcoming these conditions," Sharif said in his annual report issued by the Bank of Baghdad. While maintaining the exchange rate of the dinar to the dollar within the parallel market prices. "
He stressed that "the Central Bank continued to provide short and medium-term credit lines to finance the economic sectors, including small and medium-sized enterprises within the preferential interest rate, and in the liquidity side work to pay part of restricted cash with its branches in Sulaymaniyah and Arbil to Iraqi banks."
He continued his leadership role in the development of electronic payment methods and the process of settling salaries in Iraq, and on the technical side issued the Central Bank of Iraq instructions for the application of capital adequacy according to the Basel III standard,  which began to be applied experimentally on the data of the third quarter and fourth and will be adopted from the year 2019 ".
He pointed out that "the Iraqi economy is expected to achieve growth of 6.5% during the year 2019, in light of improved macroeconomic factors and the deficit of the general budget of the state and the need for the country to reconstruction projects of infrastructure."
He pointed out that "the Bank of Baghdad has been able to grow its financial position and size of customer deposits and achieve a part of the qualitative and quantitative achievements at the administrative and regulatory levels and maintain liquidity and improve the quality of assets, which will maintain its position within the Iraqi banking sector," explaining that "the capital adequacy ratio reached 127% Which exceed the indicators of global requirements and the Central Bank of Iraq.
He pointed out that "to meet the requirements of customers at the bank has re-completed the spread of its distribution channels and develop, whether opening branches at their new sites and start rehabilitation of the branches of Mosul and Tikrit and Anbar to be within the branches operating in 2019 in addition to the expansion of electronic distribution channels in terms of exchange, A cashier and is planned to reach 62 cashiers. "

Re: Bank of Baghdad: The Central Bank of Iraq has succeeded in strengthening the pillars of monetary stability

I give you an example so that members of the forum see what is the parallel market that tell us in the article from above, good day to all!

Parallel market.Market performed in a course other than the official course.

[size=30]Why the dinar is quoted on the parallel market at 155 dinars one euro?[/size] 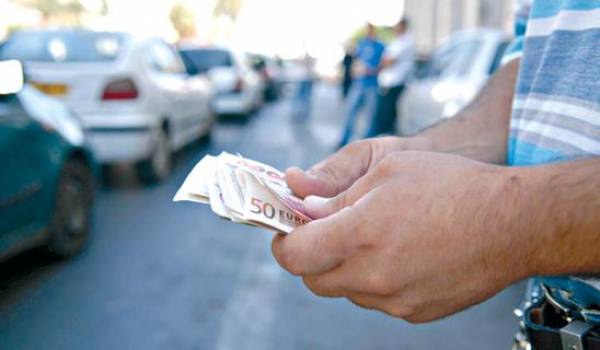