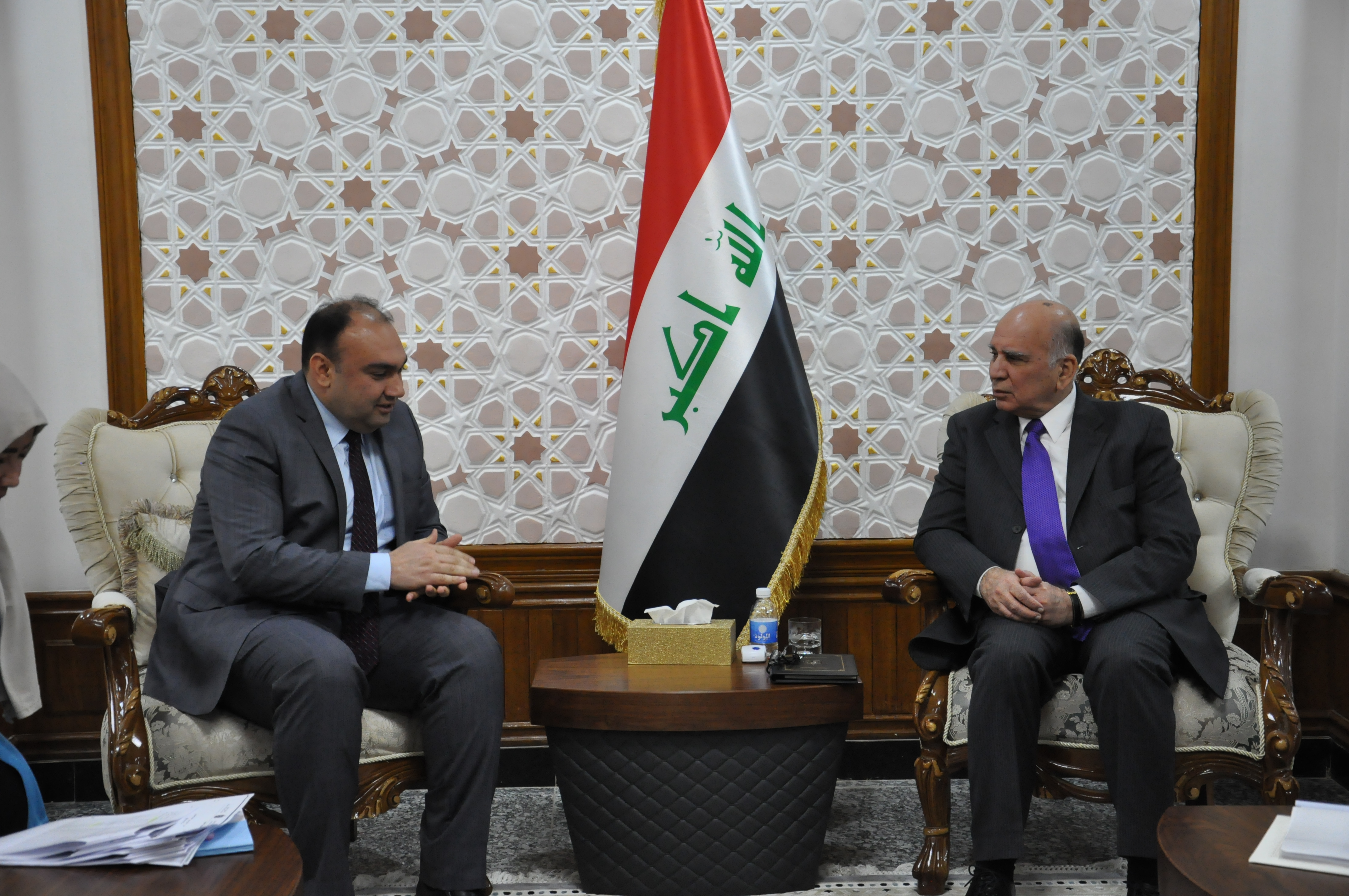 The Deputy Prime Minister for Economic Affairs met with the Minister of Finance Mr. President of the Iraqi Media Network Mr. Fadl Farajallah and a number of advisors and general managers of the network. During the meeting, the administrative, financial and technical reality of the network was discussed as well as the problems and obstacles facing its work. The issue of the financial balance of the network was also discussed, and job grades and financial allocations were provided to employees in contracts.
Mr. Fouad Hussein addressed the financial problems facing the network's work and held an extensive meeting with the concerned managers in the Ministry of Finance to discuss the mechanisms of finding solutions to these obstacles. He stressed the importance of activating the role of the media in promoting and demonstrating the role of the departments in governmental and non-governmental institutions
The meeting was attended by the Advisor to the Deputy Prime Minister, the Director General of the Ministry and the Information Office.