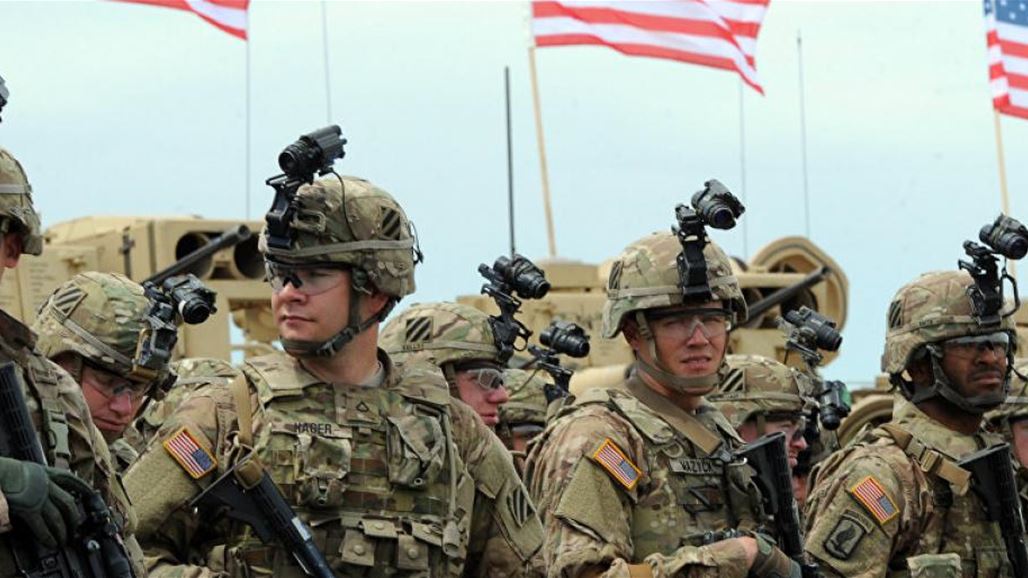 Alsumaria News / Baghdad
revealed an Arab newspaper, for taking out the main items of foreign troops from the law of Iraq , indicating that the declaration of Iraq free of US presence will be 2021, while suggesting that there is disturbed by the attitude of some politicians about the US presence in Iraq.

The newspaper said the new Arab in a report Alsumaria News, that "four Iraqi political blocs have resumed meetings in Baghdad and Najaf since last week, in order to finish the final paragraphs of a draft law called the removal of foreign troops from Iraq," indicating that "the law includes Several items, notably the declaration of Iraq free of any foreign presence before January 2021.

"This means about 18 months before the government to complete the issue of the removal of foreign troops from the country, most notably the American, British, French, German, Australian and other nationalities, all operating under the umbrella of the International Coalition, except for Turkey, which is located in northern Iraq Bamishika camp and Qandil mountains, Its existence without coordination with it, while denying Ankara and confirm that it was agreed with the previous government. "

"Some politicians have refused to declare a position opposing the American presence," the official said. In general in Iraq under the umbrella of the coalition and support security and stability in Iraq. "

A parliamentary source revealed on March 16, 2019, that there are two versions of a draft law to remove foreign forces from Iraq, indicating that the first draft provides for the termination of the foreign presence in Iraq in a period not exceeding 12 months and to help the government to accomplish all the shortcomings and needs required by the army and police forces Iraq, and the second draft includes the beginning of the gradual withdrawal of foreign troops from Iraq in a maximum period of not more than 36 months, and the government is committed to complete the requirements of self-reliance file security on the Iraqi forces, while noting that the decision to remove these forces, political and not security.