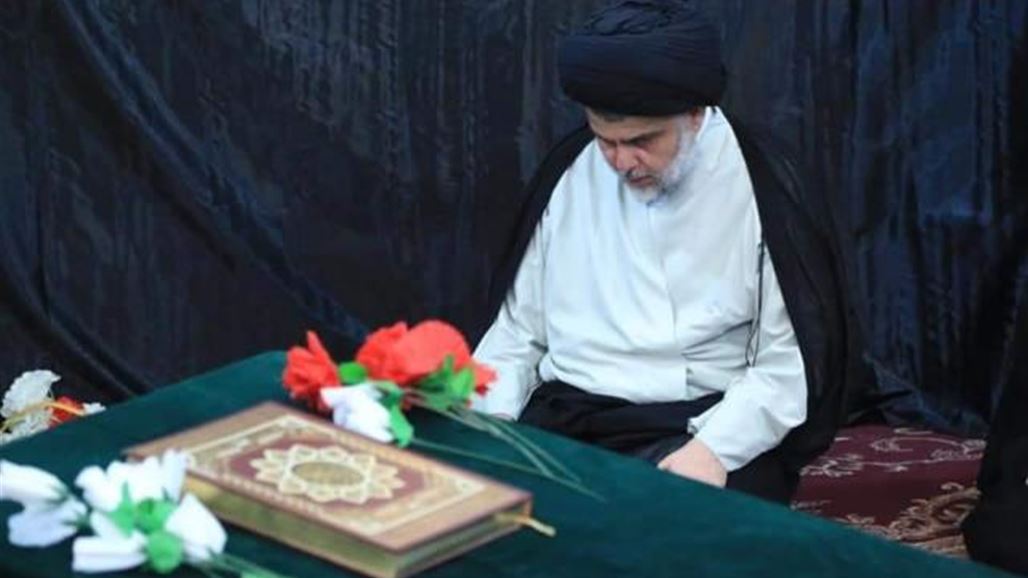 BAGHDAD (Reuters) -
Sadr's leader Moqtada al-Sadr said on Tuesday that 16 years since Saddam Hussein's fall and the people had been marginalized, while he pointed out that Iraq was still ruling from outside the border, he stressed that "militias" still controlled the government's decision.

"Sixteen years after the fall of the dictator of the tyrannical era (Saddam) and his criminal party, the criminal terrorist, who ruled Iraq with cannon and fire, he did not escape from his oppression, even stone and blood, as well as human beings," Sadr said in an article read by Alsumaria News.


He added that "Sixteen years and Iraq continues to suffer the scourge .. The scourge of wars and poverty and poverty and corruption and injustice and disintegration and deviation, but the spread of ignorance and darkness and the suppression of freedoms and the use of religion not satisfied with the mind as well as Sharia."

Al-Sadr said that "Sixteen years and the Baath's ideology is still rampant among the ruling parties, holding chairs and positions and working on rooting the party and political gatherings."

Sadr said, "Sixteen years and we still live tribal life, which leads to the death of many without guilt and without guidance or Mounir's book for the smallest and smallest things as well as what is larger," pointing out that "Sixteen years and still Iraq is governed by Beyond the borders has missed the national sense and the taste of Iraq and even faded the love of the homeland has become a stranger surprised by the hands of strangers without equity.

"The leader of the Sadrist movement," Sixteen years and Iraq is still a stranger between his family and neighbors, the people are not open to the neighbors and other countries and no government seeking .. And whenever someone wants to progress and openness to us as a disclosure of our faces or wanted us to control and dependency.

"Sixteen years and the Iraqi is still decapitated from the bad reputation of his government, corruption is widespread and we are ashamed of the many corrupt people and the failure to seek their expulsion as well as their trial," he said. "Sixteen years and militias from here and there still control the government's decision, The fate of the people and their lives and their necks. "

"Sixteen years and Iraq is still in the abyss because of the policies and acts of cowardice, which brought us only the scourges and tails," noting that "Sixteen years in the land of the donor of many goods and abundant oil, but no water, electricity and services, but a budget empty Shared by the hands of corruption, sin and aggression. "

He stressed that "Sixteen years ago and the occupation still raging on our land controlled by the decisions of our government," stressing that "

"How long will the people remain in their stupidity, and the bloodiest of scholars has come to them, and the blood of the scholars and the martyrs, and here we are in the memory of the testimony of the Islamic thinker and the great martyr Sayyid Muhammad Baqir al-Sadr sanctified himself and our great martyr, .

"And how long will the governments remain in their ivory tower and high chair, taking into account only the land and the people, and how long will the cries of true reform remain forgotten in the streets and not in order? That everyone calls for her name and dignity, which are innocent? ".

He wondered the leader of the Sadrist movement, "How long will the security institutions of the army, police and others in the marginalization and exclusion, which sacrificed the most precious and Nafis," indicating "how long the bribe remains rampant among the people in schools, universities, hospitals and government departments, the payer is not less than a bribe I take it and how long Is the tribal spirit between our clans and the sectarian soul in the hearts of our people? "

"How long will death remain that controls the people and whoever raised his voice is in the category of Baathism and terrorism? Is not the 16 years insufficient in progress and integration in order to solve the problems and overcome the difficulties and return the stolen right and for the well-being of the people and its security and services?" .

"We are not able to confront the West and its evils, which have brought scourge to our Iraq since its occupation to this day, as well as to deter the decisions of the insane (Trump) and his spoiled son (Netanyahu) And unable to fill our stomachs with stone for the hungry and fill the people as he did to the Amir of the believers peace be upon him or to extinguish the lamp so as not to sow the public money or we do not sell our farm instead of buying farms, luxury homes and luxury cars, as if we are close to Qaroon far away from the asceticism of religion! "He said.

"It is not wrong to see our Iraq vulnerable to division to be kidnapped by the hands of the occupation from here and there as if everyone wants a division," he said, adding: "Is it not shameful to claim that some of his relatives are close to Abu Bakr and Omar? And weaken Iraq's parents and the righteous? ".

He pointed out that "is not it wrong for Basra to seek refuge in the salinity of its water and its government behind fortified walls and on the banks of rivers and pools?" Is it not wrong for Mosul to get rid of the hands of iniquity, corruption, kidnapping, sectarianism and the government not moving a finger as they do? Or is this acceptable to the leaders of the revolution of the twentieth? Or is it satisfied with our martyrs who shot the land of Iraq with their blood in defense of Iraq from the dangers of occupation and terrorism and who have been victims of massacres, kidnapping and sectarianism?

Al-Sadr called for "to return to God and his religious teachings, legitimacy, ideology and humanity, and on the basis that man is either your brother in religion or equivalent to you in the creation of blood and we will try the corrupt and keep away the kidnappers, thieves and aggressors, otherwise: let the plagues if you did not correct the government or the people of this."