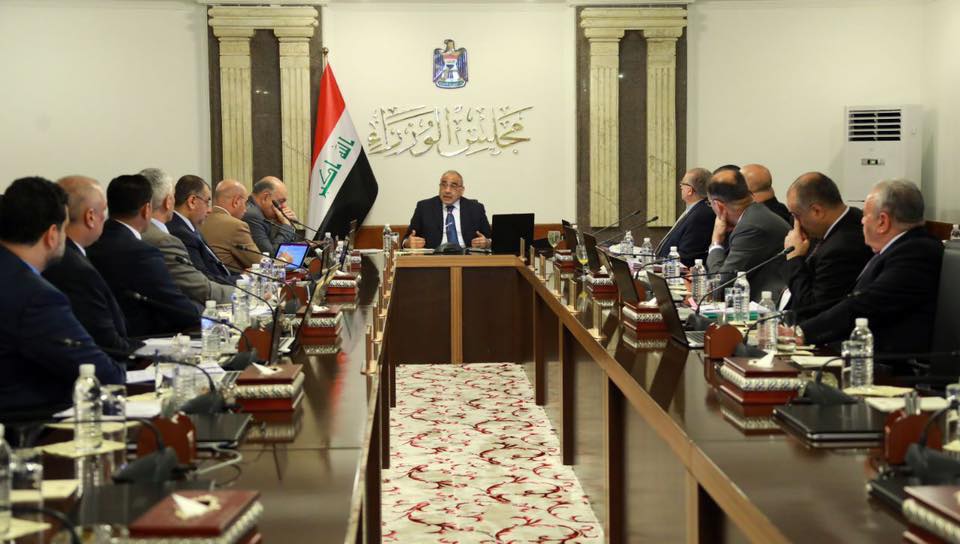 The Cabinet held on Tuesday, its regular session chaired by its president Adel Abdul-Mahdi, to discuss a number of laws included in its agenda and vote on it.
The media office of the Prime Minister, in a statement received / Mawazine News / a copy of it, that "the Council of Ministers, held its regular session under the chairmanship of the Prime Minister, Adel Abdul-Mahdi."
On Tuesday, the Cabinet holds a regular session, chaired by its chairman, Adel Abdul Mahdi, to discuss and vote on a number of laws on its agenda, while Abdul Mahdi will hold a press conference to talk about the latest political, security, social and economic developments. 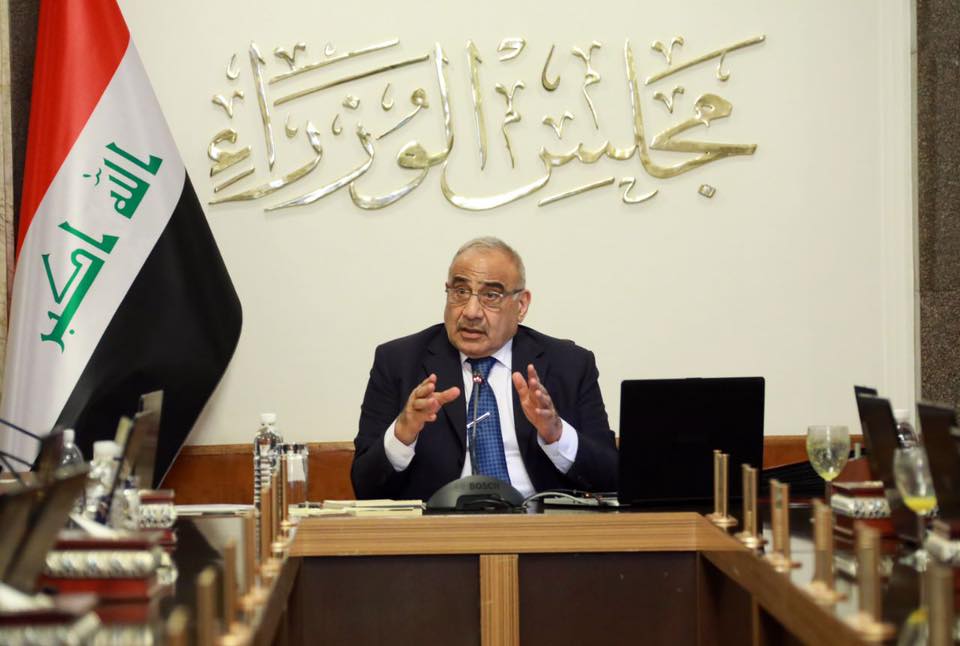 
The Cabinet held its regular weekly meeting on Tuesday in Baghdad under the chairmanship of Prime Minister Adil Abd Al-Mahdi.
The Cabinet reviewed implementation of several measures to encourage investment and support entrepreneurship, including streamlining entry and residency procedures, cutting red-tape and the introduction of  ‘one-stop shops’ at all of Iraq’s investment commissions.
The Cabinet instructed that the Grand Al-Faw Port investment project be re-submitted for review.
The Cabinet approved the establishment of a consulate for the Philippines in Erbil province, and a consulate for Iraq in the city of Toronto in Canada.
The Cabinet approved a reciprocal agreement under which Saudi Arabia will establish a consulate in the Iraqi city of Najaf, and Iraq will open a consulate in the Saudi city of Al-Dammam.
The Cabinet also approved the establishment of an office for the United Nations Assistance Mission for Iraq (UNAMI) in Nineveh province.