Baghdad: High prices of tomatoes .. And silence for agriculture

Baghdad: High prices of tomatoes .. And silence for agriculture

High prices of tomatoes .. And silence for agriculture

{Baghdad: Al Furat News} Local markets are witnessing a rise in the prices of tomato crop for several days.

The citizens, told the {Euphrates News} that "the price of one kilogram of tomatoes in some areas of Baghdad, ranging from 2000 to 2500 dinars, after it was between 500 to 750 dinars."

They were surprised by the rise in prices and the repetition of each year in certain seasons, wondering why the Ministry of Agriculture was silent.

In the past years, the Ministry has considered that the rise in tomato prices is "temporary" and suggests that prices are related to the agricultural season.

Re: Baghdad: High prices of tomatoes .. And silence for agriculture

The Ministry of Agriculture has announced the importation of the tomato crop due to the lack of local production based on the powers granted to the Minister of Agriculture to open and prevent import in light of the abundance and scarcity of the local agricultural product.

The official spokesman of the ministry Hamid Nayef, in a statement received by the agency {Euphrates News} a copy of it, "got approval to allow the import of the crop of tomatoes and all border outlets, except the ports of the province of Basra."

He pointed out that "this is due to the scarcity of production locally, which requires the protection of the daily consumer and to prevent the increase in prices." He stressed that "the ministry continues to prevent the import of 11 agricultural crops to supply locally to protect the local product."

"The policy of the ministry is to protect the local product from the consumer protection side, and through the application of the agricultural calendar, as well as data from the directorates of agriculture, which shows the abundance or scarcity of the domestic agricultural product."

Local markets have been witnessing a rise in tomato prices for days.

The citizens, told the {Euphrates News} that "the price of one kilogram of tomatoes in some areas of Baghdad, ranging from 2000 to 2500 dinars, after it was between 500 to 750 dinars."

They were surprised by the rise in prices and their recurrence each year with certain classes.

In the past years, the Ministry of Agriculture has attributed this increase in tomato prices to "temporary" and indicates that it is related to the agricultural season.

Re: Baghdad: High prices of tomatoes .. And silence for agriculture

Prices of tomatoes jump and agriculture seek the importer 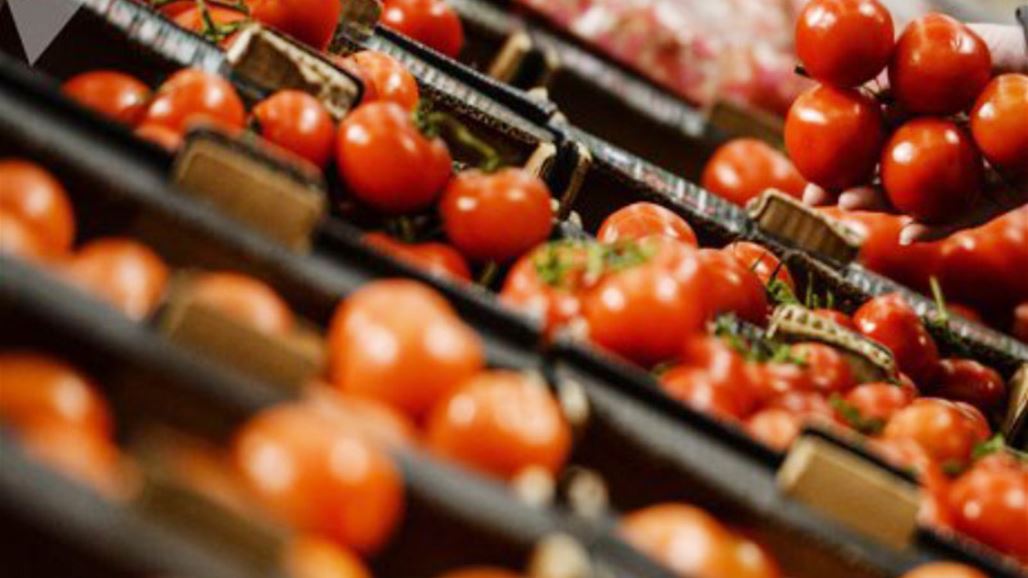 Alsumaria News / Baghdad
expressed citizens in Baghdad on Saturday, expressed their dissatisfaction due to the gradual rise in the prices of tomato markets, especially the capital Baghdad, while the Ministry of Agriculture has allowed the import of the crop to prevent a height of more.

The citizens, for Alsumaria News, "The price of one kilogram of tomatoes in some areas of Baghdad, ranging from 2000 to 2500 dinars, after it was between 500 to 750 dinars."

"Vegetable sellers often deliberately raise prices as soon as they hear the rumor," says Umm Ali, who was in a dispute with the grocery owner about why he raised the price of the tomato crop. "This time is not the season of crop scarcity."

"Some traders take advantage of any religious occasion to raise these prices," she said, describing them as "merchants of war."

For his part, says Yousef Ahmed in an interview for Alsumaria News, "The prices of vegetables, especially the tomato crop as one of the most important vegetables used in cooking, is considered high, especially in Baghdad if compared to other Iraqi provinces."

Ahmed stressed the need for "the intervention of the competent authorities to control the markets and stop this rise," pointing out that "the high price of tomato crop this way will strain the burden of the family."


"The prices of all vegetable crops we import from the wholesale markets depend on the supply, which in turn depends on the amount of domestic production and imports," said the owner of the vegetable shop, Mohammed al-Saadi. "There is a shortage of production for this crop during this period the days".

"These crops can not be stored quickly, so raising their prices is more than reasonable. It would be detrimental to the owner of the merchant," Saadi said.

For its part, announced the Ministry of Agriculture, to allow the import of tomato crop from all border crossings, attributed the reason to the lack of local production.

The Ministry said in a statement received by Alsumaria News, a copy of it, "based on the powers vested in the Minister of Agriculture to open and prevent import in the light of the abundance and scarcity of the local agricultural product, got approval to allow the import of tomato crop and all border ports except the ports of Basra .

The ministry added that the approval was "due to the scarcity of its production (tomatoes) locally, which requires the protection of the daily consumer and to prevent the increase in prices." The ministry continues to prevent the import of 11 agricultural crops to supply locally to protect the local product.