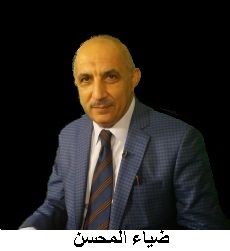 Diaa Mohsen
The investment process depends on a number of important issues, foremost of which is the existence of an integrated banking system that facilitates the work of the investor in conducting a large number of financial transactions that are related to the projects entrusted to this investor, especially when he is governed by time.
Hence, the banking sector is considered the mainstay of building a free economy that strengthens the pillars of any country and defends the process of economic and social development if the foundations of building this sector are strong and solid and based on scientific planning and it is efficient and experienced and trust especially if this sector can contribute to the plans Development and investment in the construction and economic growth of countries and societies.
Most economists and bankers agree that the Iraqi banking system is backward even when compared to its neighbors on many sides. Its products are very limited and its technologies are not comparable to those in neighboring countries. The system does not respond to development requirements in Iraq and is plagued by corruption in more than one location. The situation is no different from the general situation in Iraq, despite the passage of more than twelve years of change.
The public sector, private sector and foreign banks form the structure of the banking system in Iraq in addition to the Central Bank of Iraq, the public sector consists of seven banks, the private sector consists of thirty banks and thirteen foreign banks, in addition to eight Islamic banks owned by the private sector. All of which are licensed by the Central Bank of Iraq.
The Iraqi market is characterized by a small number of citizens who have a bank account, which gives banks a large margin to attract thousands of customers who are looking for a comprehensive banking service, and despite the diversity of foreign banks and Arab working in the country, but most do not have large capital and limited work on speculation in the currency auction to achieve Fast profits, which reflected negatively on the reality of the domestic market has been recorded cases of smuggling of capital outside the country in private banks and foreign through dealing in the auction of the Central Bank, which must establish strict economic laws for the work of banks.
The most prominent problems in the Iraqi banking sector is the low banking bloc, which is supposed to be a bank for every 10,000 people, while the existing is much less, where there is a bank for every 32,000 people and this is a little compared to international standards, and the absence of effective banking strategies and detailed annual plans of the majority of banks that The law of banks article 26, and the inadequacy of banking services with the requirements and directions of the Iraqi economy towards a market economy where the number of services of the Banking Law Article 27 more than 50 banking services or actually provided 20 service, and the policy of discrimination in dealing with government sucks Special rack which is to prevent the state departments and companies from depositing their money in those banks, and non-acceptance of certified and regular instruments and letters of guarantee issued by only within certain limits, and does not allow competition with other banks.
Subscribe to the news channel Bertha on the talgam
https://telegram.me/buratha