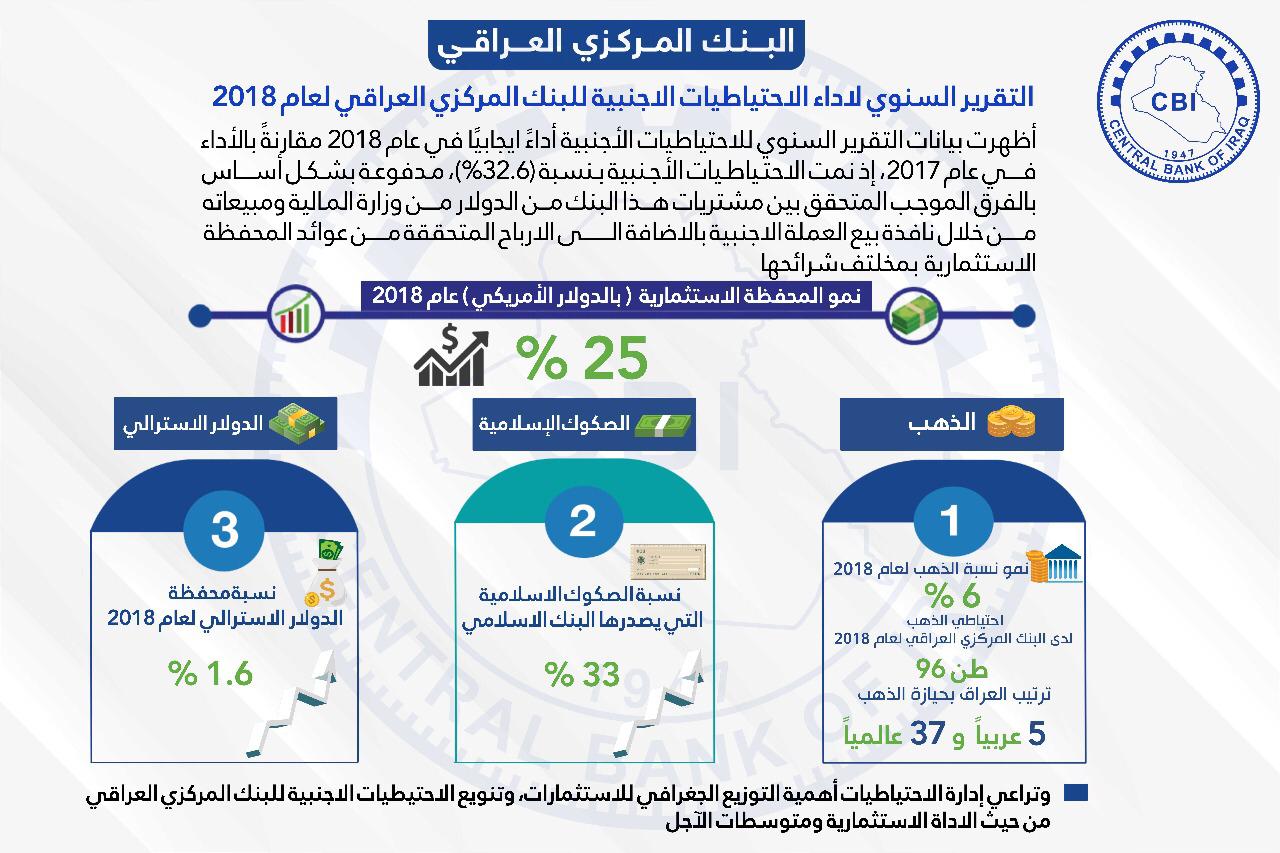 The Central Bank of Iraq, that foreign reserves grew by 32.6% during the year 2018, noting that Iraq's reserves of gold amounted to 96 tons.
The Central Bank of Iraq (CBE) said in a press release that the foreign reserves annual report showed a positive performance in 2018 compared with 2017. Foreign reserves grew by 32.6 percent, driven mainly by the positive difference between the bank's purchases of the dollar from The Ministry of Finance and sales through the window selling foreign currency in addition to the profits realized from the proceeds of the investment portfolio in various segments.
"At the portfolio level, the portfolio in US dollars in 2018 grew by almost 25 percent from 2017 as a result of the positive difference between the central bank's purchases of the US dollar and its sales, as well as the conversion of a large part of the other currencies resulting from The maturity of some investment instruments and returns on them to the currency of the US dollar. "
He explained that "gold rose in value in 2018 by about 6% than in 2017, as a result of increased investment in this asset, and the reserves of gold at the Central Bank of Iraq by nearly 96 tons in 2018, Iraq comes in fifth place in the Arab world rank 37 In terms of possession of gold reserves, Iraq was one of the largest buyers of gold in 2018 along with India, China and Kazakhstan.
"Investment in Islamic bonds issued by the Islamic Development Bank in 2018 increased by more than 33% in 2017," he said.