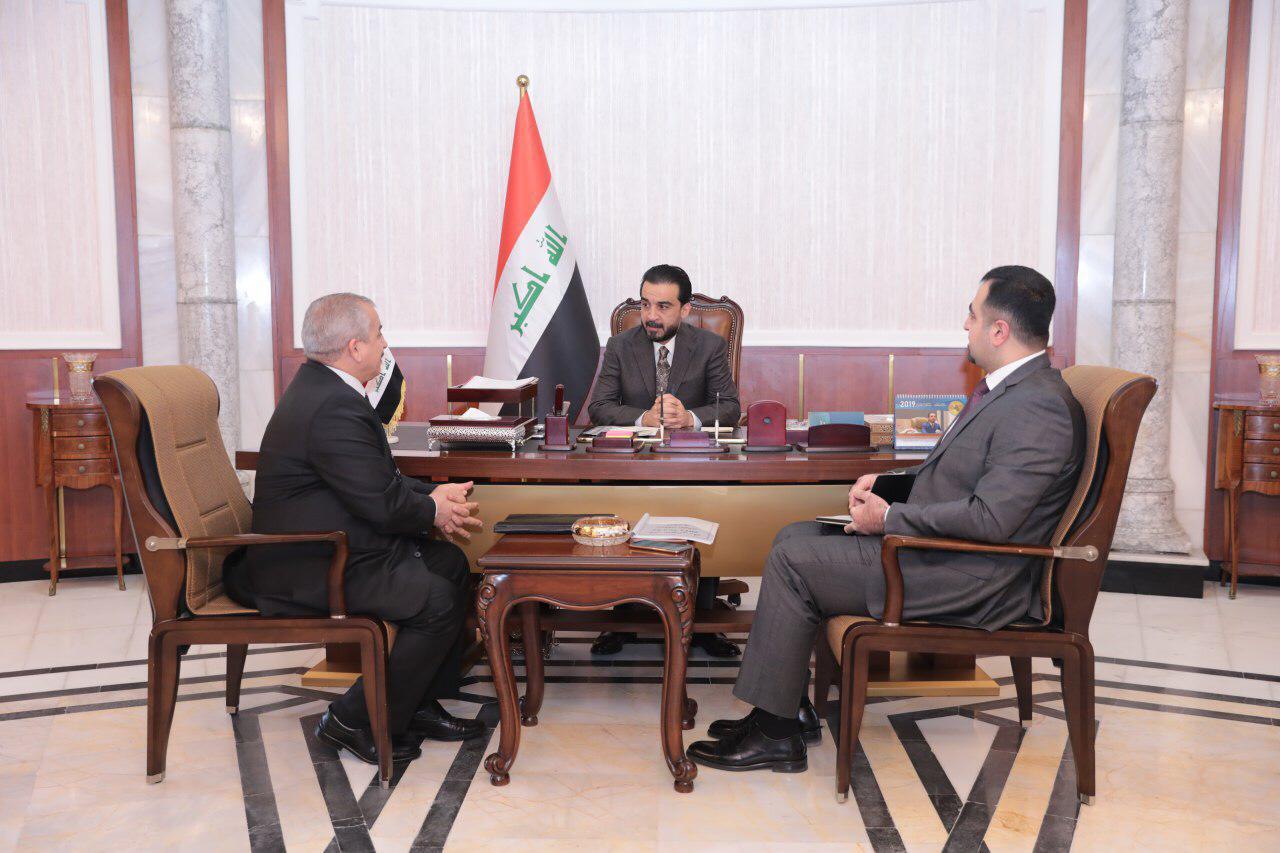 The House of Representatives on Tuesday discussed with the Border Ports Authority and the Director General of the General Customs Authority the proposal to turn Iraq into a free trade zone.
"The Speaker of the House of Representatives Mohamed Halboussi met today with the head of the border crossing authorities Kazem Al-Aqabi and Director General of the General Customs Authority Munther Asad," the Information Office of Halaboussi said in a statement received by Mawazine News.
The statement added that "the meeting discussed the need to resolve the problem of intersection of powers and overlapping of competencies between the Border Ports Authority and the main departments, as well as discussing the importance of amending the law of the border crossings authority to ensure the state of harmony and harmony between its departments without exceeding the jurisdiction of the technical departments "He said.
"The meeting also discussed the unification of duties and customs procedures at all federal ports, and support the General Authority of Customs to secure the financial allocations for the appointment on the vacant grades of previous years; to fill the shortage of staff and distribution to the provinces and support to implement its project by automating customs procedures to simplify clearance of goods and fighting corruption.
He pointed out that "the meeting touched on the proposal to turn Iraq into a free trade zone in accordance with the law of the General Authority, which guarantees the establishment of free zones granting large facilities to support the establishment of industrial projects and support national exports."
The meeting stressed the importance of developing infrastructure in the ports and supporting the establishment of trade exchange projects within the Iraqi territories to create large employment opportunities that contribute to the employment of labor and the revitalization of the local transport sector.