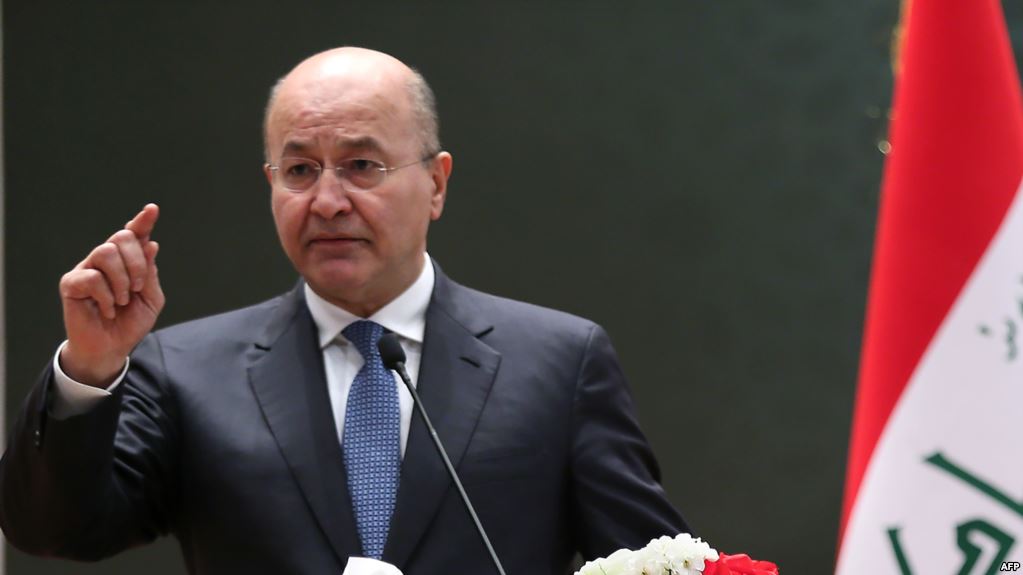 
The President of the Republic, Barham Salih, Saturday, a poem by the poet Mohammed Mahdi Jeweler, was always echoed by the late President Jalal Talabani.
"I can not talk about this painful anniversary," Salih said in a speech at the official ceremony marking the day of the Iraqi martyr and the martyrdom of Grand Ayatollah Sayyed Muhammad Baqir al-Hakim. "I can not talk about this painful anniversary without standing with pride and affection for what the martyr embodied From altruism to the right and the victory of the oppressed and the disadvantaged, and has been strengthened and motivated to look to the future, and cited at the height of the defense of Iraq. "
"We are inspired by martyrdom, preaching, wisdom and the greatest promise to continue the path for democracy for Iraq and peace," he said.
Saleh continued: "On this painful anniversary, we have only this loyalty to the martyr and the martyrs of Iraq against dictatorship and terrorism."
He concluded by saying: "I concluded my speech with what was mentioned by the late Rafiq Derby in front of Galal with verses from the poetry of the jeweler: The
age and tyrants of the calamities of the book of your glory Ather Mawar
Abdul Hamid and all the glory of a liar if he did not protect the people in it destruction
and glory to guide your whole life to people Aguetar
and glory to protect glory alone in the people do not condition nor supporters of the
glory of the light radiation conscience hearts and eager eyes diagnosed
and glory Jabbar on the doorstep and tapering heads the mighty fall

Ammar al-Hakim: martyr of the mihrab is a project of unity and independent decision

Ammar al-Hakim: martyr of the mihrab is a project of unity and independent decision

The head of the coalition of reform and reconstruction Ammar al-Hakim, the martyr of the mihrab Muhammad Baqir al-Hakim is a project of unity and independent decision.
"Today we live in an advanced stage of the national project that was founded by martyr of the mihrab," al-Hakim said in a speech at the official celebration of Iraqi Martyrs' Day on the anniversary of the martyrdom of martyr Muharab.

Amiri: martyr of the mihrab is a large station in the history of contemporary Iraq

Amiri: martyr of the mihrab is a large station in the history of contemporary Iraq

The head of the Fatah coalition, Hadi al-Amiri, confirmed that the martyr of the mihrab Muhammad Baqir al-Hakim is a large station in the history of contemporary Iraq.
"The battle with terrorism is not yet over and the security forces must return all their plans to fill any gap from which terrorism is due," Amiri said in a speech at the official celebration of Iraqi Martyrs' Day on the anniversary of the martyrdom of Muhammed Baqir al-Hakim.
He called on the government "to review the investment laws and how to deal with them and fall into the private sector."

Mohamed Halabousi ... You must apologize 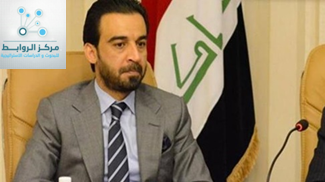 Mr. Ammar al-Hakim, head of the Iraqi Reform and Reconstruction Alliance, held a ceremony on the occasion of Iraqi Martyr Day. The ceremony was attended by Barham Salih, President of the Republic of Iraq and Mohammed Al Halbusi, Speaker of the Iraqi Council of Representatives, political figures, diplomatic missions and dignitaries. The agenda of the ceremony was going as planned, until Mehmet Halabousi did less than what he described as an irresponsible act by an Iraqi political figure representing the pyramid of legislative power in Iraq. When the UN representative in Iraq, Genin Hines Blaschart, stepped up to the platform to receive her speech on the occasion of Iraqi Martyr Day, Mohammed Halboussi left the podium where Barham Salih, President of the Republic of Iraq, and Mr. Ammar al-Hakim, head of the Iraqi Coalition for Reform and Reconstruction, Of the audience.
The Presidency of the Republic and the Prime Minister have also complained to the diplomatic missions in Iraq about the behavior of Mohamed Halboussi, Speaker of the Chamber of Deputies, because that act is not appropriate in terms of its customs and traditions. On the moral and moral side, it is inappropriate to deal with the guest of the country in such an unpretentious way. The nobleman who honors the guest, and the house he deserves, and Jane Hennes "deserve all due respect for her career as a former defense minister in her country, the Netherlands, and as a representative now of the United Nations in Iraq, Political, first Ahterma Iraq host country, and secondly, in recognition of the guest. Therefore, it was incumbent upon the Speaker of the House of Representatives to apologize for his irresponsible behavior. His presence on the podium does not represent his person, but represents one of the important constitutional authorities in Iraq.
In the event that he does not remedy the abuse he committed against the UN representative in Iraq, tomorrow a conference will be held for Iraqi women in the Iraqi Council of Representatives and will be in the presence and presence of Mohamed Halabousi, and we say in the absence of a quick apology before the conference, it is possible that the representative of the United Nations in Iraq In talking about things that may cause a serious inconvenience to Mohammed Halbusi.
In summary, these actions are non-diplomatic and lack of sense of responsibility that would undermine the efforts of the President of the Republic of Iraq, who seeks with every effort to bring Iraq back to the Arab, regional and international map through intensive diplomatic work through official visits and meetings, the last of which was the Sixth Sulaymaniyah Forum, Under the slogan "Iraq and neighboring countries .. towards a new regional system." Iraq is in dire need of constructive diplomacy, "Barham Saleh," not a diplomacy of destruction.
Iraqi Studies Unit