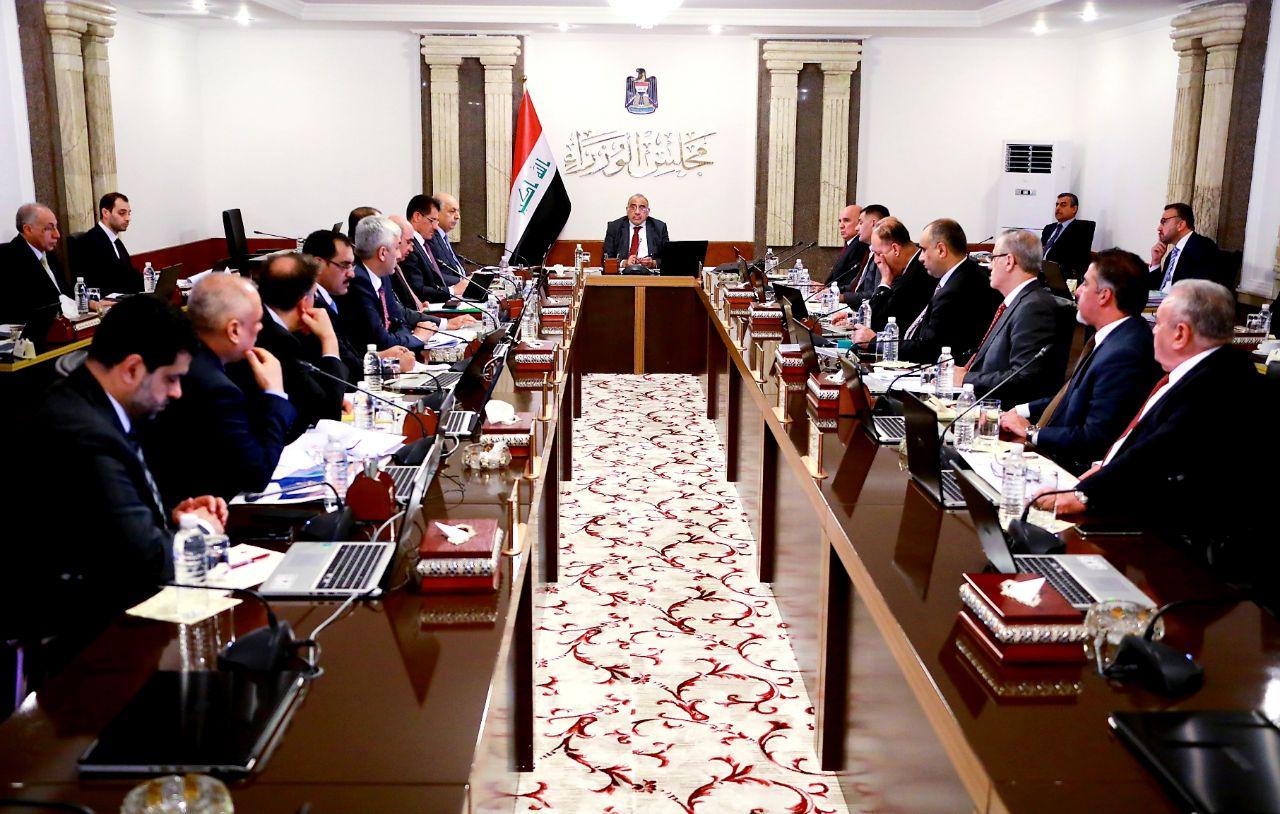 
• The Cabinet approved a lot of resolutions during its meeting today, most notably starting work at the port of Faw, a work that will strengthen the ports of Iraq and provides great employment opportunities, especially for the children of Basra.


• The Council of Ministers voted and finally on the rules of procedure of the Council, and we rely on strengthening all the positive from the past to address the difficulties we are facing.


• We congratulate Iraqi women and women in general on the international women's day. The Council of Ministers discussed today the reality of Iraqi women and the necessity of their participation and their full support. We must lift the injustice and injustice on women and guarantee their rights guaranteed by the Constitution.


• We discussed how Iraqis returning from the fighting in Syria would return, and we have controls on how to deal with foreign concerns.


• We are committed to looking at all the legitimate demands of different segments of the people, and we are in important contact with the unions and all these segments to know the needs of all citizens and to recognize them.


• We are not only the authority to limit their orders to others   , as much as we are partners with all, and the task of the government only serve the people and provide security and basic interests of the Iraqi people.


• We are waiting for a series of important visits to Iraq, as well as visits by Iraqi officials abroad, and this is evidence that Iraq has become an important hub and its status and regional and international role.


• We have issued a number of decisions and recommendations for the selection of public inspectors, the definition of integrity and others. We are drawing a map of corruption, whether in the state or in public life, to find out how it happened and where to set up mechanisms to combat it.


• Our person in the Supreme Council for the fight against corruption more than 22 articles that depict the features of corruption to hit him and beat his organizations and individuals.


• Thousands of people left the Syrian battle, many of them Iraqis.


• The battle with terrorism in Syria will be a back-up call for terrorist acts, but we have put forward pre-emptive plans to pursue and beat him, and we will not leave him time to recover his breath again.


• We must find basic solutions to the issue of Kirkuk, and there is a tendency to resolve and resolve the issue of disputed areas today we are in a positive atmosphere to help solutions.


• Corruption is not an individual or a personal issue, but systems, and if we do not know about these systems and expose them we will continue to revolve around people, and without encircling the systems of corruption it is difficult to fight corrupt people.


• We made a commitment not to travel outside Iraq and we have gone a long way during the past period, although traveling is important for Iraq, we will do it.


• We are keen to prepare a code and a document of honor regulating the relationship between the state and the media.


• We will work with the House of Representatives to organize a relationship to deal between the deputies and the executive to exercise all his job and his mission and competence.


• We discussed the tax reform in the Council of Ministers. When paying taxes, the citizen has access to parallel services that lead to   improved living conditions. 
The Cabinet holds its regular session on Tuesday in Baghdad under the chairmanship of Prime Minister Adil Abd Al-Mahdi.
The Cabinet grants the Ministry of Transportation the authority to sign contracts regarding the infrastructure project of the “Al-Faw Grand Port”.
The Cabinet votes on a memorandum of understanding for the processing of crude oil between the Government of Iraq and the Government of the Hashemite Kingdom of Jordan.
The Cabinet votes on foreign borrowing, grants and its mechanisms.
The Cabinet also discusses the status of Iraqi women as well as their participation and how to support them.
The Cabinet discusses ways of regulating the relationship between both the legislative and executive authorities through a code that will serve the two authorities and enhance their supervisory and executive roles.