The Supreme Judicial Council denied on Friday the existence of political arrangements for the return of senior politicians accused of terrorism and issued arrest warrants to Iraq.
"Any person who is wanted to be tried inside or outside Iraq can follow the legal procedures to challenge the decisions issued against him, and this is the only way," Justice Council spokesman Abdul Sattar al-Bayrakdar said in a tweet on Twitter.
And circulated on Thursday media news of the issuance of judicial orders allow the return of politicians wanted to the judiciary to Iraq, and issued arrest warrants against them, such as Tariq al-Hashemi and Rafa al-Issawi and Ethel Nujaifi and Ali Hatem al-Sulaiman.
http://www.nrtagency.com/News.aspx?id=723&MapID=1

Fatalawi: Political forces will not allow the return of the four wanted to Iraq


Fatalawi: Political forces will not allow the return of the four wanted to Iraq

The MP from the Sadoun bloc, Fadhil al-Fatlawi, on Friday reported that there are attempts to bring back politicians who are wanted for the Iraqi judiciary, baseless. Al-Fatlawi said that "the news circulated by the media about dropping the charges for those wanted for the Iraqi judiciary, namely former Vice President Tareq al-Hashemi, former finance minister Rafie al-Issawi and the former governor of Nineveh, Ethel al-Nujaifi and Ali Hatem al-Sulaiman, is baseless." He said that "the national political forces will not allow the return of those accused who violated the sanctity of Iraqi support." Earlier in the day, the Supreme Judicial Council denied media reports about the return of wanted Iraqis to Iraq. The media center of the Council said in a statement that "the news transmitted by one of the satellite channels regarding arrangements for the return of people wanted to the judiciary in accordance with political arrangements, has not been the truth of the matter."
PCHR stressed that "there is no judgment or arrest warrant against any person for political reasons because the verdicts and arrest warrants are issued according to the law only for criminal offenses and in light of the evidence in each case." The local media, has revealed on Thursday, February 28, 2019, the existence of mediation reached significant understandings for the return of Tariq al-Hashemi, Rafa al-Issawi, Ali Hatem Suleiman and Ethel Nujaifi wanted to judge on charges of terrorism, stressing that the mediation reached a political settlement satisfactory to all parties For their return, they are likely to resume their political work in the next few days. Naeem al-Aboudi, leader of the construction coalition, called Friday the return of former vice president Tareq al-Hashemi to Iraq as "impossible." "Our problem in Iraq is moral and cultural before it is political," Aboudi said through his Twitter account. He added: "I followed the rumors that say the return of Tareq al-Hashemi, and I saw responses and analyzes on this news." "Do you know that we are in any dangerous situation?" How can the enemy take advantage of any fabricated news or rumors to distract us from our basic issues? " He concluded by saying that "the return of al-Hashemi to Iraq is impossible"

Naim Aboudi: the return of Tareq al-Hashemi to Iraq .. Impossible


Naim Aboudi: the return of Tareq al-Hashemi to Iraq .. Impossible

Leading construction: the return of Tareq al-Hashemi to Iraq impossible

[size=36]Leading construction: the return of Tareq al-Hashemi to Iraq impossible[/size] 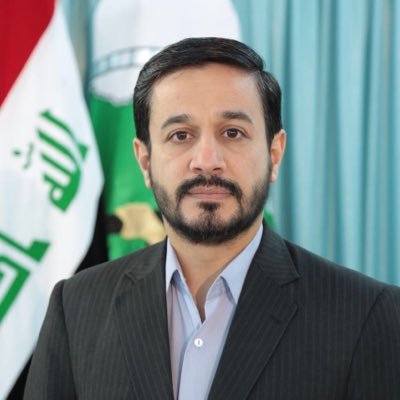 The leader of the construction coalition, Naim Aboudi, Friday, that the return of former Vice President, required to eliminate, Tariq al-Hashemi, to Iraq "impossible."
"Our problem in Iraq is moral and cultural before it is political," Al-Abboudi said in a tweet on Twitter, read by Mawazine News. "I followed the rumors about the return of Tareq al-Hashemi, and I saw the responses and analyzes on this news."
He asked: "Do you know that we are in any dangerous situation, and how can the enemy take advantage of any fabricated news or rumors to distract us from our basic issues?"
Local media reported on Thursday that political mediators had reached a standstill on issues related to Tariq al-Hashemi, Rafie al-Issawi, Ali Hatem Soliman and Ethel al-Nujaifi.
The media pointed out that the mediators reached a mechanism for their return to Baghdad and practicing their political work.