The reconstruction of the old city of Mosul, January 29, 2019. Ari Jalal, Reuters


In order to begin the reconstruction of Mosul, the second largest city in Iraq, controlled for three years by the Islamic State Organization, Iraqi President Barham Saleh visited UNESCO on Monday.


One year after launching the "Reviving the Mosul Spirit" initiative , Iraqi President Barham Saleh visited the UNESCO headquarters in Paris on Monday (February 25th) . This project, which has already raised 100  million dollars, provides for the restoration of the second largest city in the country.
"The restoration and rehabilitation of the Iraqi heritage, the restoration of what was destroyed by the Daesh terrorists, all this will be important to restore confidence to the Iraqis," said Barham Saleh during a press conference at the Elysee alongside Emmanuel Macron.

Al Nouri Mosque at the heart of the program
The first step in this vast project was the reconstruction of the Al Nouri mosque, which had been dynamited by the Islamic State Organization during the liberation ofMosul in July 2017 .
Its rebuilding, especially that of its mined minaret of the 12th century, could "begin at the end of the year or at the beginning of next year", according to the Unesco, which evokes a work "difficult" considering the mines always present in the city . 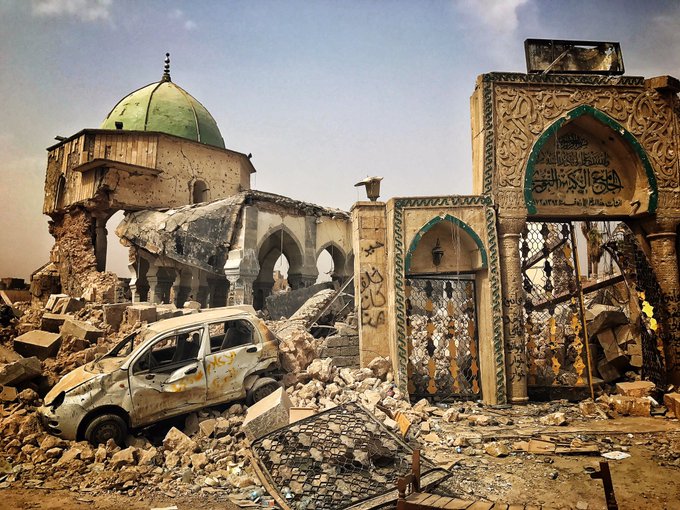 [ltr]The ruins of the great Al-Nuri mosque in Mosul, Iraq. This is where Al Baghdadi announced the ISIS Caliphate. This year it was destroyed[/ltr] 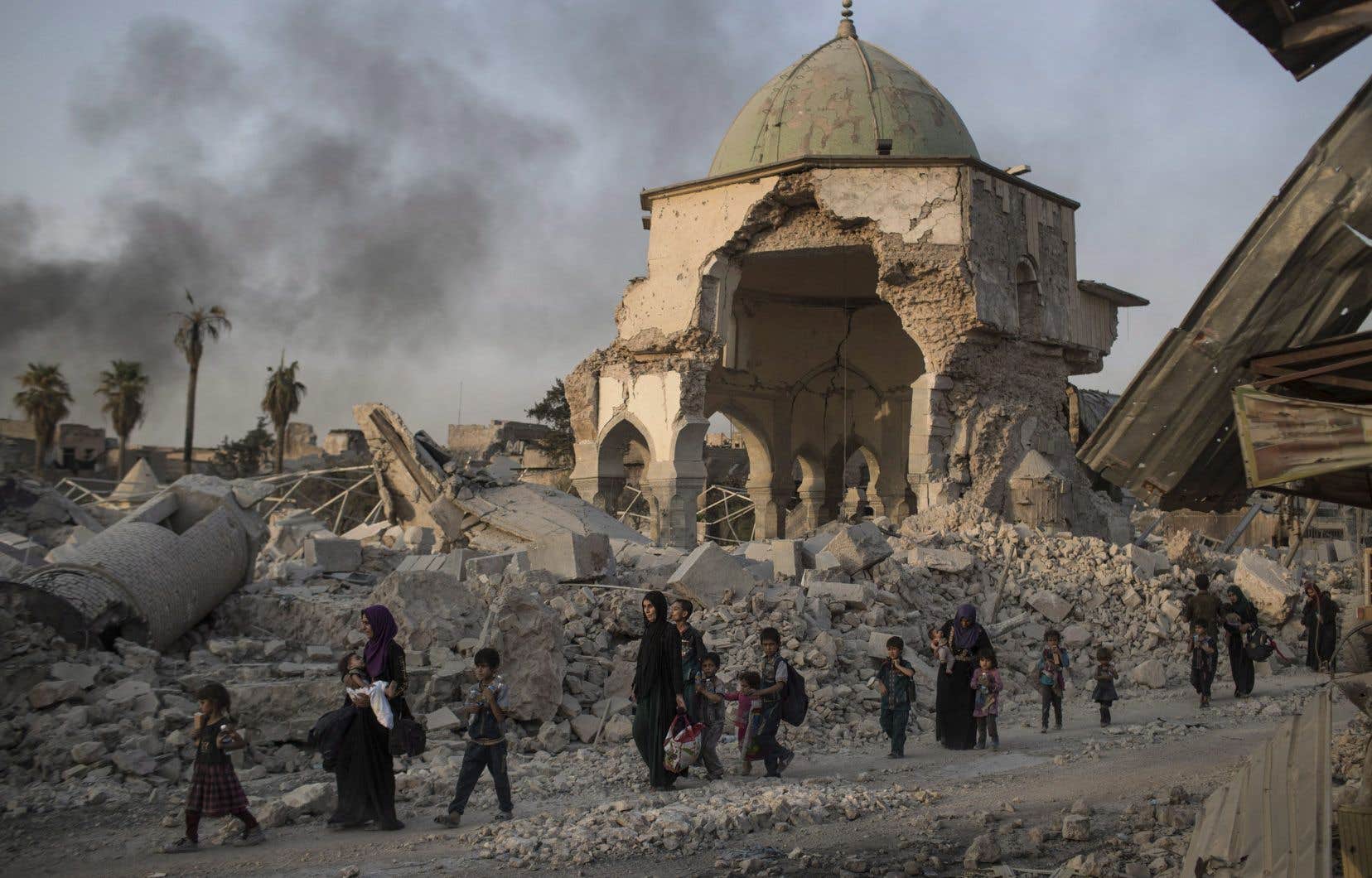 
Iraqi President Barham Saleh visited UNESCO on Monday to discuss with Audrey Azoulay, executive director of the organization, plans to rebuild Mosul, the former stronghold of jihadists in devastated Iraq during the reconquest of Iraq. the city in 2017.

This is the first time an Iraqi president has visited UNESCO headquarters in Paris, a "strong symbol of the organization's commitment in Iraq", notably for the reconstruction of the historic heritage of Mosul, the second largest city in Iraq. country, says one of diplomatic source at UNESCO

The United Nations Educational, Scientific and Cultural Organization has raised more than $ 100 million, including from the United Arab Emirates, the largest donor, the European Union and Japan, for its "Reviving the spirit of Mosul ".

This ambitious project "five to ten years", the largest ever carried by the organization, must now move to the "implementation phase", which remains complicated in a city still cluttered with mines and ruins, highlights we at UNESCO. The organization also intends to place education and culture at the heart of the project, "in full consultation with the Iraqi government".

"It is only by rehabilitating the common cultural heritage and revitalizing cultural and educational life that the Mosuliotis can again be actors of the renewal of their country," said Audrey Azoulay in a statement.

Local people will be trained in the trades of the restoration of historical heritage, a key element for the success of the project, insisted to UNESCO

In December, Iraqis laid the foundation stone for the reconstruction of the iconic Al-Nouri Mosque and its leaning minaret, where the self-proclaimed "Caliph" of the Islamic State Jihadist (EI) group, Abu Bakr al-Baghdadi, had unique public appearance known in 2014.

After three years of jihadist rule, Mosul, the capital of Nineveh province, came under the control of the Iraqi government in July 2017 after a fierce battle, with air support from the international anti-war coalition. -EI group led by the United States.

Barham Saleh, who is on a two-day visit to France, will then go to the Élysée for a lunch with his counterpart Emmanuel Macron.

This visit comes as the IS group is losing, in eastern Syria, the last pocket of the huge territory it conquered in Syria and Iraq in 2014.

The Minister of Planning, Dr. Nouri Sabah al-Dulaimi, received on Wednesday a delegation from the local Nineveh government headed by Eng. Noureddine Qablan, Vice-President of the Governorate Council. The meeting discussed the file of reconstruction and stability and the ministry's vision for sustainable development in Nineveh province.
Dr. Nuri al-Dulaimi, during the meeting, the strategy of the Ministry to restore life to the affected areas of the province, and the efforts made by the Ministry of Planning, to provide possible means of support, and the implementation of more vital projects in the province, pointing to the disbursement of dues contractors and companies on projects implemented in the previous phase, With the international community and the concerned authorities in the central and local governments to increase the efficiency of efforts to rehabilitate the infrastructure in the governorate, especially the sectors of health, education, municipal services, rehabilitation of roads and bridges, Mosul airport, A portfolio of electricity to 1800 MW.
Stressing the direction of the ministry to address the real phenomenon of slums through vertical housing projects, and seek to provide employment opportunities for young people, and rehabilitation of the old city on the right side with a modern urban vision, and the advancement of agricultural reality through the implementation of more agricultural projects.
For his part, the delegation of Nineveh province expressed their sincere appreciation for the actions directed by the Minister, stressing the increased effectiveness of work with the departments and formations of the ministry in the province.