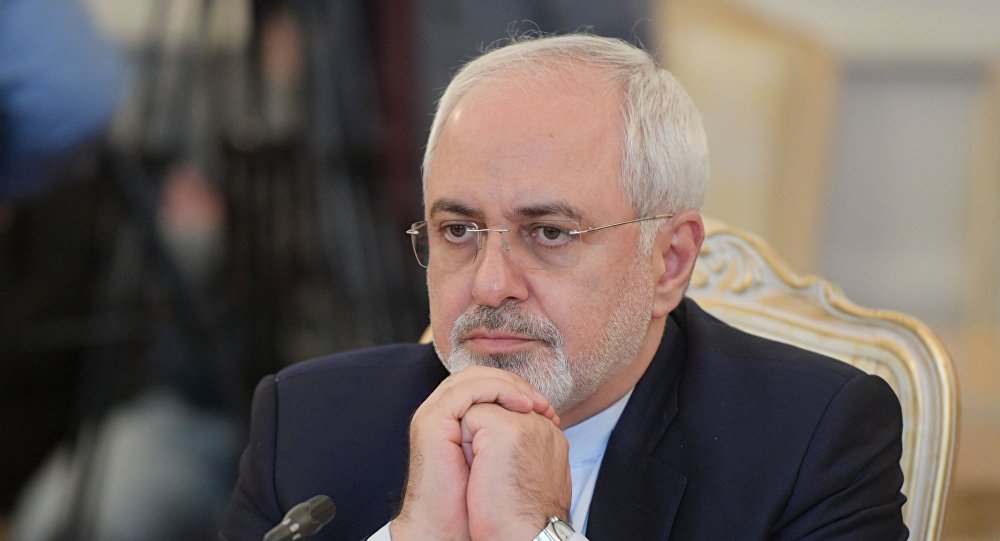 Iranian Foreign Minister Mohammad Javad Zarif announced his resignation on Monday through the "Intergram" website, according to the news agency "Reuters" in an urgent news. The agency "Fars" news quoted an informed source close to the Foreign Minister.
Born in Tehran in 1960, Mohammed Jawad Zarif was educated at the Alawite Private School at the age of 17. Zarif left for the United States, studied at its universities and received higher degrees in international relations and studies.
The political experience of Zarif was held in several diplomatic positions, including at the headquarters of the Iranian mission to the United Nations in America. He then became Iran's representative to the United Nations. He remained in this post for five years starting in 2002. He also served as Iran's senior foreign policy adviser. In the initiative of the dialogue of civilizations launched by the former reformist president Mohammad Khatami, and was Assistant Foreign Minister during the time of the moderate presidents Akbar Hashemi Rafsanjani and reformist Mohammad Khatami.
Zarif does not consider himself a member of a particular political party, but is closer to moderates who call for openness to others. His experience has made current president Hassan Rowhani choose him to take over as foreign minister since 2013. Because of his knowledge of US society and government, the president preferred to hand over nuclear negotiations with the West. From the National Security Council to the Foreign Ministry, Zarif scored a point in his favor after his team reached a final nuclear agreement in Vienna.
is over 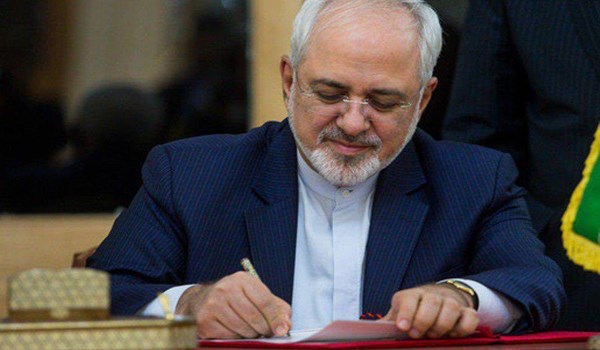 Iranian media have speculated that the partisan conflict is the reason behind the resignation of Foreign Minister Mohammad Jawad Zarif, while others have come to believe that the Syrian president's visit to Tehran is the reason.
The Islamic Republic newspaper on Tuesday quoted Zarif as saying that the conflict between the parties and factions in Iran has the effect of "lethal poison" on foreign policy.
Zarif's comments - a day after he announced his resignation - suggest he may have quit because of pressure from conservative elements who opposed his role in negotiating a nuclear deal with major powers in 2015.
"We must first move our foreign policy away from a conflict, Parties and factions ... the deadly poison for foreign policy is to become a cause of conflict parties and factions. "
But the Iranian news website "Elected", said that the visit of Syrian President Bashar al-Assad to Tehran on Monday was the reason for the progress of Foreign Minister Zarif resigned from office.
"Zarif is no longer considered a foreign minister in the world," Zarif told the website's correspondent in response to Assad's visit to Tehran after the pictures taken during the talks.
In turn, the ISNA news agency reported that the talks Zarif intended in his statements were the meeting that brought together Bashar al-Assad with Iranian President Hassan Rowhani and Supreme Leader Ali Khamenei.
The Iranian media pointed out that Zarif was not present at the meeting, which featured General Qassem Soleimani, commander of the Quds Force in the Iranian Revolutionary Guards.
The Iranian foreign minister announced on Monday evening his resignation from his post on the official site of the site Integram.
The resignation of the Iranian diplomacy chief came as a surprise, without mentioning its reasons and backgrounds. It also appeared to have been published first through social media sites, not through the state media.
In turn, denied Mahmoud Waazi, director of the office of President Hassan Rowhani, "categorically denied" in a tweet on Twitter that the President of the Republic approved the resignation of the Foreign Minister.
The architect of the nuclear agreement and
a political and academic figure. He is considered one of the pillars of the revolutionary regime and a supporter of public diplomacy. He has worked for a quarter of a century in the United Nations.
He has served as Iran's foreign minister since August 2013 after he was elected by the country's foreign minister after receiving an overwhelming majority of the conservative-dominated parliamentarians for his rhetorical skills and proficiency in English.
Zarif led the team of Iranian negotiators and sought to avoid a clash and maintain a hair even in the darkest moments, and managed with his negotiating team to reach a nuclear agreement with representatives of the group "5 + 1" Western, which came out of the United States last year.

Mobile Zarif closed .. and ambiguity about the fate of resignation


[size=36]Mobile Zarif closed .. and ambiguity about the fate of resignation[/size] 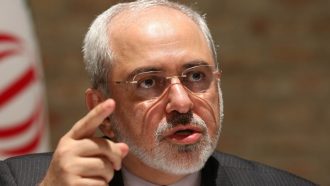 
The outgoing Iranian Foreign Minister Mohammad Javad Zarif left the doors behind him and went out of earshot, ignoring calls to him. He closed his mobile phone while the voices calling for the resignation of the resignation increased.
The head of the National Security and Foreign Policy Committee of the Iranian parliament, Hishmatullah Fallah Bisha, said he had repeatedly tried to contact Zarif by telephone last night but that Jawwal was closed.
He said that Zarif's differences with the rest of the cabinet were not new and had happened in the past, and he was not aware whether President Hassan Rowhani had accepted the resignation or not.
It is interesting to note that Zarif revealed during his last interview with the Jamhurri Islami newspaper that "some criticize us because we present our views and views on the supreme leader."
"Why do you condemn President Rouhani instead of condemning Trump?" Zarif asked. And what have you gained from criticizing our foreign policy?
The correspondent of the site "A" news, that based on the latest news, the intervention of the Supreme Guide the only way to persuade Zarif to abandon the decision to resign, and if not, we should only consider the resignation of Zarif is a reality and inevitable.

In detail .. Zarif reveals the reason for his resignation 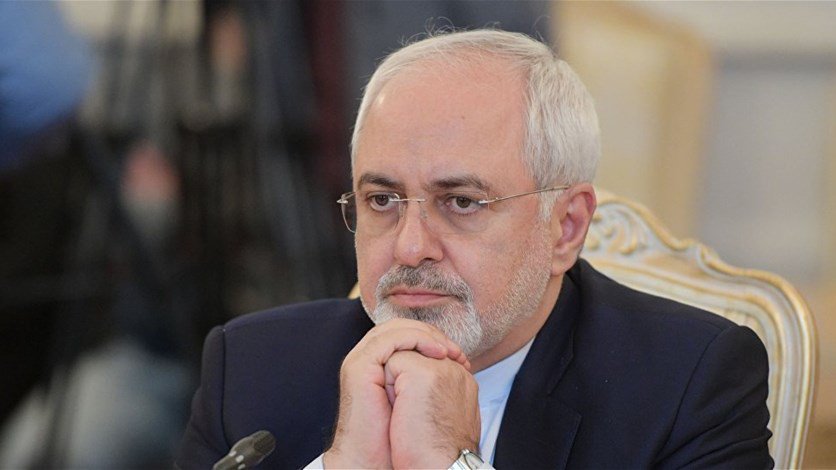 Follow - up - the balance of News
revealed Iranian Foreign Minister Mohammad Javad Zarif , who submitted his resignation yesterday that the resignation only to defend the status and location of the ministry 's foreign relations, and the Iranian national interests came.
"I think it is necessary to preserve the status of the foreign ministry as a crucial matter for the maintenance of Iranian national security," Zarif said in a statement in which he explained the reason for his resignation without specifying its fate.
"I saw it my duty to resign to preserve Iran's national interests and the strength of my country in the face of non-observance of the status of the Iranian Foreign Ministry," he said.
In an implicit reference to his attachment to his resignation, Zarif concluded: "I am not sad and I am not troubled by anyone and I do not need to be satisfied by anyone."
In the meantime, 150 deputies in the Iranian parliament opposed the resignation of Zarif, and asked him to back down

Iranian President Hassan Rowhani rejected the resignation of Foreign Minister Mohammad Javad Zarif, who was announced through a post on his account at the site of the Intgram.
Senior lawmakers in Iran's parliament have demanded Rohani to reject Zarif's resignation.
"I apologize to you for any shortfalls and shortcomings in my service, and I thank the Iranian people and the officials," Zarif said on his private page at the NRG website.

"There is no longer any respect for his presence as foreign minister," Zarif said in an interview published by the reformist newspaper Ashtab.

Zarif assumed the post of foreign minister in August 2013. He was Iran's envoy to the United Nations for the period between 2002 and 2007. [ltr]US Secretary of State Mike Pompeo on Tuesday commented on the resignation of Iranian Foreign Minister Mohammad Jawad Zarif, calling him a facade of a corrupt religious mafia.[/ltr]
[ltr]"The United States took note of Zarif's resignation," Pompeo said in a tweet on Twitter. "Zarif and Iranian President Hassan Rowhani are only two fronts for a corrupt religious mafia," he said, stressing that Iranian leader Ali Khamenei was the man who made all the final decisions.[/ltr]
[ltr]"The policy of Washington toward Tehran has not changed," Pompeo added. "The regime in Iran should act as a normal country and respect its people."[/ltr]

Iran: Assad's visit to Tehran caused the resignation of Zarif

Iran: Assad's visit to Tehran caused the resignation of Zarif

The source said that "in recent months, differences have emerged in some issues and decisions between Zarif and President Hassan Rowhani

The source pointed out that" differences in views between the minister and the President was sometimes withdraw to the meetings of the government where he was resentful of the peak towards the President of the Republic to the last event, which ended To declare his resignation. "

In the same context, the source expected that" Zarif is back in his decision and retracts his resignation. "

said Zarif on his account in the social networking site" Entggram "," Thank you very much for the generosity of the good and courageous Iranian people And its powers over the past 67 months. I sincerely apologize for the inability to continue the service and for all the shortcomings in service. "

Most users ever online was 2065 on Mon Apr 09, 2012 5:34 pm
Latest topics
» Al-Nujaifi: Washington is the gateway to dealing with the world and removing its forces means handing Iraq over to Iran