Abadi: Agendas contributed to the decline of the political period and I want to return to the presidency of the government

Abadi: Agendas contributed to the decline of the political period and I want to return to the presidency of the government

[size=36]Abadi: Agendas contributed to the decline of the political period and I want to return to the presidency of the government[/size] 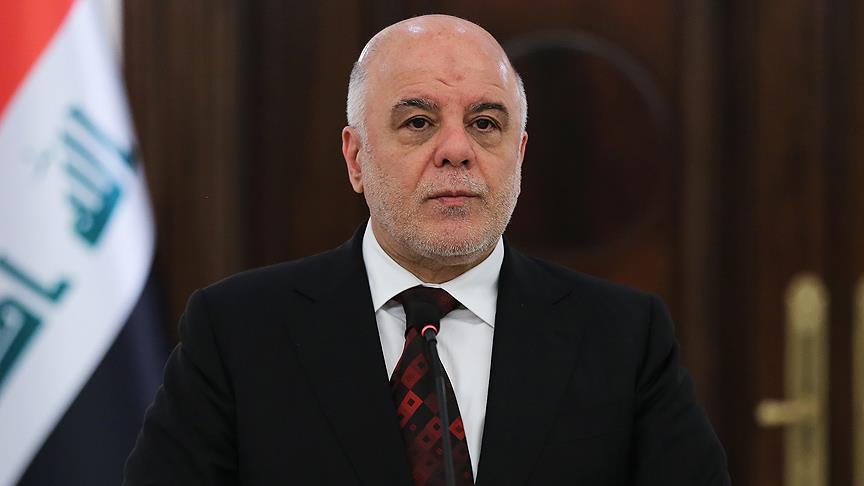 The former prime minister and leader of the Al-Nasr coalition, Haidar al-Abadi, reiterated his desire to return to the premiership, while noting that agendas contributed to the decline of his political role.
"Several reasons have prevented me from getting a second term," Abadi said in an interview with Anatolia and her follower, Mawazine News. "The time will come to reveal all of them."
He added: "I want to return to the presidency of the government and" I will not run away from the battle of state-building and leadership "and the political forces to neutralize the files of security and sovereignty and even culture and education on the objections and the system of" deals and quotas "as well as pass the" wishes of the foreigner "whatever," and
continued: Contrary to accusations of my failure to fight corruption, my administration witnessed the transfer of 8 ministers to the judiciary and we have not succeeded in eliminating corruption because it is a "political and cultural administrative system needs to be dismantled synchronous, interdependent and comprehensive."
Abadi pointed to the reasons for the decline of his political presence, and said: "a mixture of erroneous readings of some, and conspiracy by some, and the work of others in the light of foreign agendas."
"I have a vision, a will and a successful experience to manage the state that is our common destiny and destiny, and I will not run away from the battle of its construction and leadership," he said.

"I do not want to remain as prime minister. It is a personal matter that shows a sense of privilege, even if I were preparing for the elections before it was held in time, and I am very proud of the state and its ability to serve in my post, and this has not happened."
"My most important concern was the liberation of the state from the da'ashi rape, and the management of its political, economic and sovereign files as best possible as possible amid enormous and fateful challenges," he said.
And on his opinion in the government of his successor Adel Abdul Mahdi, said Abbadi: "The political equation produced by the car bomb, contradictory and fragile, but I hope to succeed and support, although I, and the coalition victory, we did not involve any site."
He added: "The issue is not related to people, but to the standards (..) The political forces to neutralize the files of security and sovereignty or even culture and education about the objections and the system of transactions in the field as well as pass the wishes of the foreigner whatever.
He expressed the hope that the new government would succeed in completing the war on the organization of the terrorist advocate, confirming his support for it. "Terrorism is absolute evil and existential threat to us."
He continued: "It is a test of the management of the government and its capabilities, the battle with terrorism comprehensive; military security intelligence intelligence political regional economic international."
And he said: "
"On the contrary, my administration has referred 8 ministers, dozens of agents and hundreds of people with special grades (from his government and former governments) to the judiciary," he said. "I have enacted many laws and carried out structural reforms to combat corruption."


He said: "My plan for the second term was focused on a comprehensive dismantling of this system, which requires time and will and strength."
He continued: "Everyone knows the packages of reforms that we launched in July 2015, during which we reduced 50% of the salaries of presidencies (state, government and parliament), 40% of the salaries of agents and advisers, and 30% of the salaries of staff presidencies, Ministers, and other actions. "
He pointed out that "the year 2016 saw a reduction in salaries of members of the House of Representatives (Parliament) by half, and reduce the size of special security protections"
He added: "I have to say here, I, because of these steps, is not liked and desirable by the deputies."
Abadi, 67, took over the presidency of the Iraqi government in 2014, replacing al-Maliki, and his supporters considered that he managed to defeat a hasty organization after the country's massive invasion and control of about a third of its territory in 2013 and 2014.