Search Secretary General of the Council of Ministers d. Mehdi Al-Alaq with UNDP Humanitarian Coordinator for Iraq Marta Ruydes Next Steps for the United Nations Program on the Stabilization Project in Iraq.
He also reviewed the most important topics that will be presented in the agenda of the meeting of the next stabilization team to be held in Baghdad next week, as well as the UNDP opinion in Iraq regarding the Iraqi side's vision of the draft government funding mechanisms for the projects of the United Nations Development Program in Iraq.
They also discussed the preparations and governmental measures to receive about 50,000 Syrian refugees and with the support of UNDP in the coming period, as well as planning to conduct field visits to the old city of Mosul.
It should be noted that the project of restoring stability of the United Nations Development Program works in more than 2,800 projects in the main areas of the provinces of Anbar, Salah al-Din, Diyala, Kirkuk and Nineveh 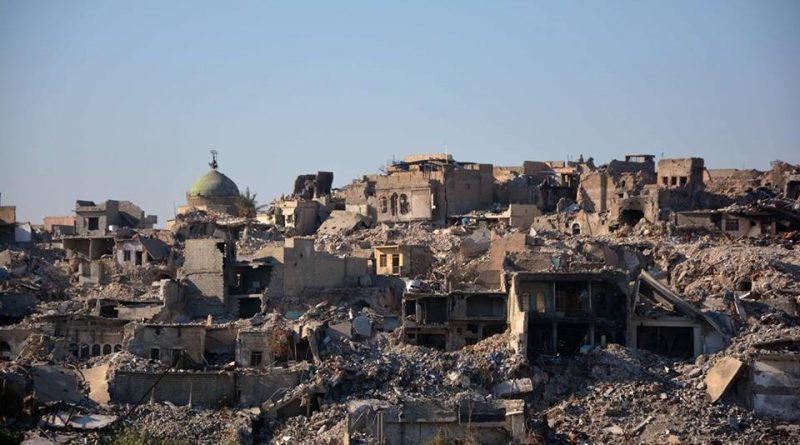 BAGHDAD (Reuters) -
Secretary-General of the Council of Ministers Mahdi Al-Alak on Sunday discussed with UNDP Humanitarian Coordinator Marta Ruydes the project of restoring stability in Iraq, stressing that the United Nations is conducting field visits in the old city of Mosul.
"The latter discussed with UNDP humanitarian coordinator Marta Ruydes the next steps for the UN program on the project for the restoration of stability in Iraq," a statement from the Alawak bureau said.
He added that "Al-Allaq briefed on the most important topics that will be put on the agenda of the meeting of the work of the next stabilization team to be held in Baghdad next week, as well as the documents of the opinion of the United Nations Development Program in Iraq on the vision of the Iraqi side of the draft government funding mechanisms for projects of the United Nations Development Program in Iraq" .
The statement said that the meeting discussed the preparations and governmental measures to receive about fifty thousand Syrian refugees and with the support of UNDP in the coming period, as well as planning to achieve field visits to the old city of Mosul and the two sides.
It is noteworthy that the project to restore stability of the United Nations Development Program works in more than 2,800 projects in the main areas of the provinces of Anbar, Salahuddin, Diyala, Kirkuk and Nineveh.