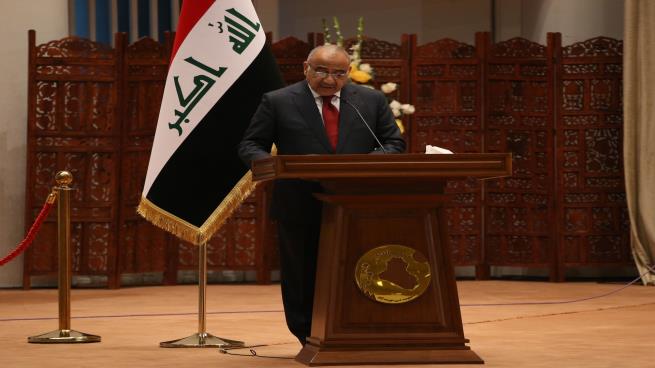 Despite its frequent dialogues and meetings, political forces were unable to agree on the candidates of three remaining ministries in the government of Adel Abdul Mahdi. While political sources confirmed the existence of features to crack the coalition of "building", which includes a coalition of "state law," led by Nuri al-Maliki, and the alliance of Fatah, and the alliance "axis", which includes the forces of "Sunni", Kurdish-Kurdish understandings are weaker than ever before, Views on the candidate for the Ministry of Justice.
The source close to the political coalition "building" the existence of deep differences within the coalition on the candidates of the Ministries of Interior and Defense, explaining that "some of the coalition deputies demanded to give up the nomination of Faleh al-Fayadh to take over the Ministry of Interior, because of the rejection of other parliamentary blocs to him."
He added:
He pointed out that the forces of "Sunni" within the coalition of "building", also expressed dissatisfaction with the lack of support from the coalition to its candidates to take over the Ministry of Defense, stressing that "some of the parties," the Sunni "waved the actions may reach to abandon the coalition building.
To this, the member of the Iraqi parliament for the alliance "axis" belonging to the block, "construction" Mohammed Karbouli, criticism of what he described as political partners.
He said that the partners asked us to prevent all politicians from taking office, adding in a tweet on "Tuter", that his coalition agreed to this request and prevent politicians from taking office.
He pointed out that "some political partners have returned their politicians to positions from the net," saying, "This is contrary to previous political agreements."
In the context, the member of the Iraqi parliament for the "reform" Mahmoud Adib, that the agreements formed by the current government stressed the need to resolve all positions, and not to leave any position is administered by proxy, "explaining that" the parliament will work to reduce this phenomenon during the next phase . "
in the meantime, the understandings between the Kurdish parties more fragile than ever seem, after holding the two main parties ( the Kurdistan Democratic party led by Massoud Barzani, and the Patriotic Union of Kurdistan , which belongs to the President of the Republic , Barham Salih) the position of the Ministry of Justice. was
quoted by local media about Leadership in the Union National Kurdistan ares Abdullah, as saying that his party will present a candidate for the Ministry of Justice, stressing that " the Union" will not introduce its candidate to the Ministry of Justice , the head of the "Kurdistan Democratic Party"
The Political Bureau of the "Patriotic Union of Kurdistan" earlier, the nomination of Smko Asad Adham for the post of Minister of Justice in the Iraqi government, explaining that this step came from the premise that this position of the share of Iraqi Kurdistan in the federal government.

Three new candidates for the Ministry of the Interior .. and a candidate for Badr closest to win the post


[size=36]Three new candidates for the Ministry of the Interior .. and a candidate for Badr closest to win the post[/size] 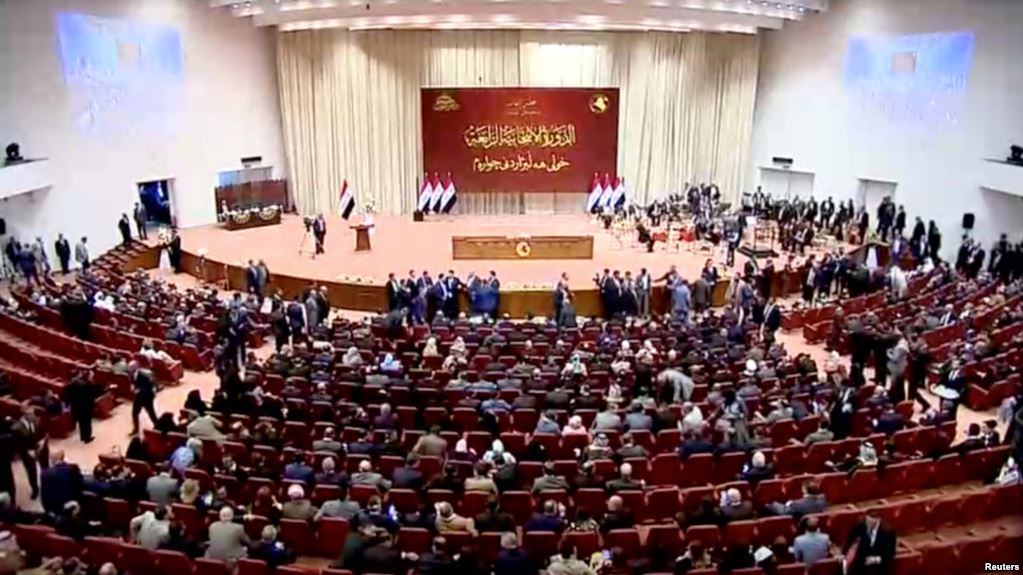 A source of the Fatah Alliance, Saturday, revealed three new names nominated for the post of Minister of the Interior, pointing out that among those names a candidate for Badr is closest to winning the post.
The source told Mawazine News that "it was agreed to nominate Tahseen Abdul Matar al-Aboudi, Major General Yasin Taher al-Yasiri and General Hamid al-Husseini to the interior portfolio, instead of former candidate Faleh al-Fayadh."
He added that "the team Hamed al-Husseini is the closest candidate among those names put forward for the ministry, and there is political consensus to grant him the ministry."
He pointed out that "Husseini is a candidate for the Badr bloc, a border police officer."
It is noteworthy that the parliament failed throughout the legislative term to complete the vote on the cabinet cabin, including not to vote on the ministers of security (defense, internal), the lack of consensus between the political blocs on the candidates of the ministries.