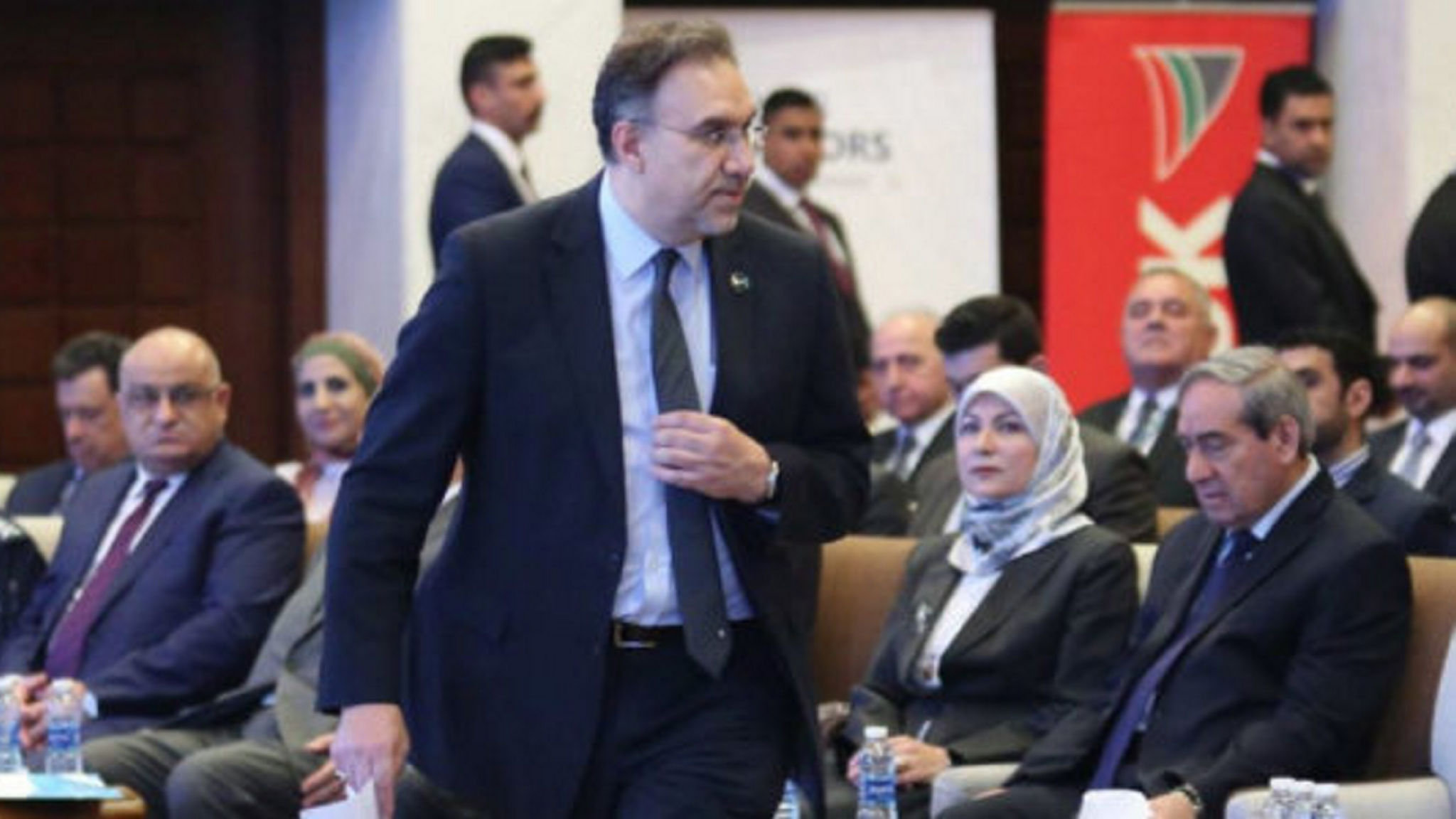 Luay al-Khatteeb, Iraq's electricity minister, has dealt a blow to GE and Siemens, who were expecting big energy deals with the country

General Electric and Siemens have had their business hopes in Iraq dealt a blow, as the country’s electricity minister warned that bureaucracy and a lack of resources were hobbling his ability to complete huge energy deals with western multinationals. The two companies, rival suppliers of equipment for the electricity industry worldwide, both signed agreements with the Iraqi government last year that they hope will turn into lucrative contracts. But Luay al-Khatteeb, a technocrat sworn in as Iraq’s electricity minister late last year, told the Financial Times: “I don’t have financial allocations or the processes available at hand, it doesn’t allow me to cherry-pick the right consultancies to deal with these multibillion-dollar deals.”

He added: “The bureaucracy that I inherited is . . . illogical.” His comments serve as a warning not to expect a rapid transformation of the country’s faltering electricity system, both for Iraqis hoping for more reliable service and for foreign companies hoping for big sales. The bureaucracy that I inherited is . . . illogical Luay al-Khatteeb, Iraq’s electricity minister The agreements that GE and Siemens signed last year with the previous administration were intended to add 14 and 11 gigawatts to Iraq’s grid respectively.

However, Mr Khatteeb pointed out that both companies’ plans are still under review, and “certainly it’s going to be quite challenging to blindly accept such proposals”. He added that while the agreements are a “step forward” they are non-binding. Mr Khatteeb says he is relying on volunteer experts to help “read in between the lines of these sophisticated legal contractual documents”, to avoid mistakes that would burden future generations. “It’s a responsibility. It’s not about ‘let’s sign this deal blindly and move on’,” he said. GE said it was still working on developing energy supplies in Iraq.

The company said in a statement: “Our presence in Iraq is based on a partnership that spans over 50 years. We continue to partner with the government of Iraq to deliver reliable and efficient energy to the Iraqi people.” Siemens declined to comment. The prospect of turning their agreements with Iraq into firm contracts is particularly important for both companies because it comes at a time when the world market for fossil fuel power generation equipment has been in steep decline. Orders for GE’s power division dropped by 23 per cent last year. Iraq’s electricity sector absorbed at least $5.4bn worth of US reconstruction funding from the 2003 invasion up to 2012.

But despite Iraq having some of the world’s richest natural energy resources, decades of damage in conflicts compounded by alleged corruption and mismanagement has left the country producing around half the power needed to keep the lights on. Meanwhile, demand is rocketing as Iraq’s 40m population grows by about 1m a year. Electricity generation also took a hit during Iraq’s four-year battle against the Isis insurgency, and Mr al-Khatteeb estimates it will take more than two years to undo that damage: “Iraq lost about 4.5 gigawatts of generation capacity . . . About at least 18 per cent of transmission lines.” Mr Khatteeb says his ministry is working “to achieve a minimum of 15 per cent improvement compared to [the] previous summer”. That comprises 7 per cent to cover growth in electricity demand, and 8 per cent in additional power generation and improved transmission and distribution.

Electricity is a lightning rod for public anger about Iraq’s dire public services. During summers where the temperature rises above 50C, rolling black-outs have triggered destabilising mass protests in Iraq’s sweltering southern provinces including Basra city, which sits atop vast oil reserves. Protests over power shortages in 2010 forced the resignation of the then electricity minister. Iraq’s $112bn budget for 2019 is its second-largest since 2003, with a major increase in electricity investment spending on 2018. Recommended General Electric Co GE and Siemens sign agreements for Iraq power deals Mr Khatteeb, who describes his job as “like walking in a land full of mines”, is under intense political pressure to deliver better electricity services and has been “grilled” for hours in parliament.

The former academic, who had 24 hours to decide whether or not to accept the post, is trying to manage expectations: “Time matters when resolving an endemic issue that’s unfortunately been badly abused, either by mismanagement or corruption.” Plugging the electricity generation gap caused Iraq to buy electricity, and natural gas for its power stations, from neighbouring Iran. While the US has reimposed sanctions on Iranian fuel exports, it has so far made exceptions to allow Baghdad to keep up energy payments to Tehran. “It’s impossible . . . stopping importing gas and there is no alternative,” said Mr Khatteeb, who added that it could take another four years for Iraq to achieve full capture of its own natural gas.
https://www.ft.com/content/73da7472-2b7d-11e9-88a4-c32129756dd8