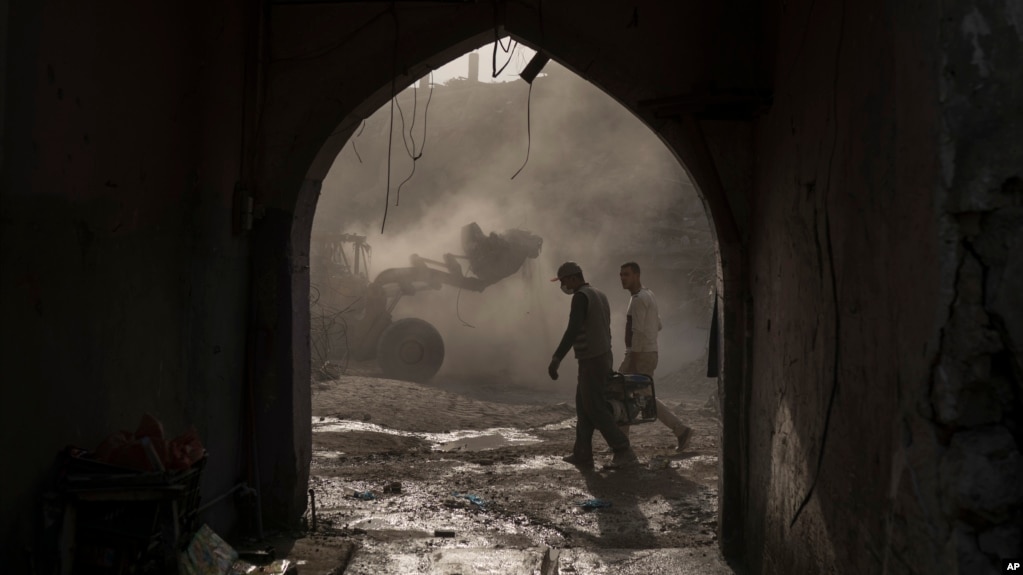 FILE - Construction workers carry a generator as a bulldozer remove debris from destroyed shops in the Old City of Mosul, Iraq, Nov. 18, 2017

GENEVA —
The International Committee of the Red Cross reports the Iraqi government faces enormous challenges in renovating its battered country and rebuilding the trust of its population after many years of bruising warfare.
Iraq's big urban battles are at an end. But the ferocity of fighting in places such as Falluja and Mosul have resulted in a level of destruction and mass suffering that will be hard to repair.

The International Committee of the Red Cross reports 1.8 million people remain displaced within Iraq more than a year after the end of major combat operations, with nearly one in three still living in camps.

ICRC President, Peter Maurer recently visited the cities of Mosul, Baghdad and Erbil. He says he was shocked by the magnitude of destruction he saw. He warns the social scars that now run deep in society will be extremely difficult to heal. 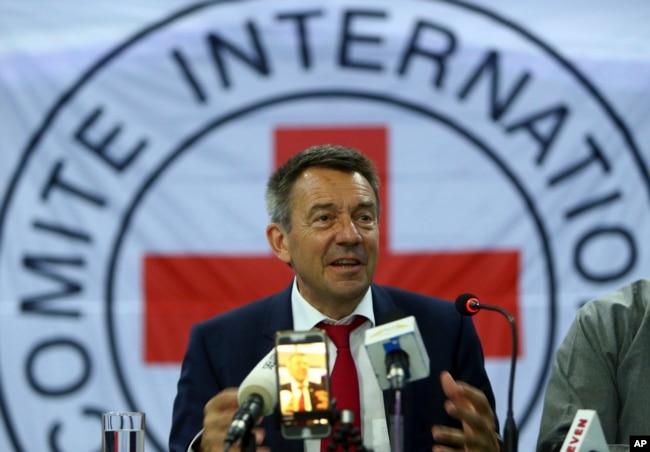 Maurer says the weakest members of society--the women, the children and the elderly are the biggest victims. He says it will be difficult for them to return to their homes and resume a normal life. This, not only because of the physical damage, but the psychological trauma inflicted by the intensity of the war.

He says a major step toward reconciliation lies in clarifying the fate of hundreds of thousands of people still missing after decades of different rounds of conflict in Iraq. He says this issue must be tackled head on so people can alleviate their suffering by finally knowing what has happened to their loved ones.