Did Becky just stick her foot (hoof) in her mouth?

Did you know that her response is right out of the Guru playbook? 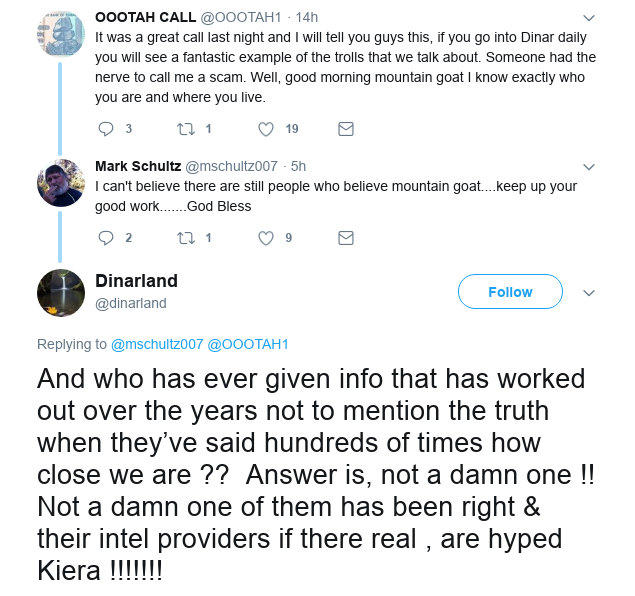 She's slowly rolling up her fraud. She's been spooked about the authorities deciding to take a second look at these so called gurus. But instead of her shutting up shop immediately she is doing it slowly in her attempt to avoid more suspicion.....shows how stupid she really is. She's a real piece of work.I laughed during her last call when she claimed she didn't sleep well because most nights she is dealing with " INTEL " it's as laughable if not more than Tony TNT's claim he is in constant discussions with hedge funds and the most ludicrous claim , The Treasury ! Do people not realize how absurd a statement that is!? No Treasury representative would risk talking with a CONVICTED fraudster they would be in violation of a list of regulations and laws too numerous to list !

Rambler what is your take on the Dinar ? I see, like me you are sceptical but I am also genuinely aware of what can only be described as convert interest by some institutions in the Dinar but it has nothing to do with all these ludicrous claims the so called gurus propogate and even less likely to have much of a financial benefit to the average person holding dinar. What is your background and take ?

I generally debunk the ludicrous statements made by the Gurus. Like you, the event they promote (The RV, The Blessing) is mathematically and economically impossible.
*****************

Did Becky just stick her foot (hoof) in her mouth?

Did you know that her response is right out of the Guru playbook?


Show everyone that your not just a BIG BAG OF WIND! 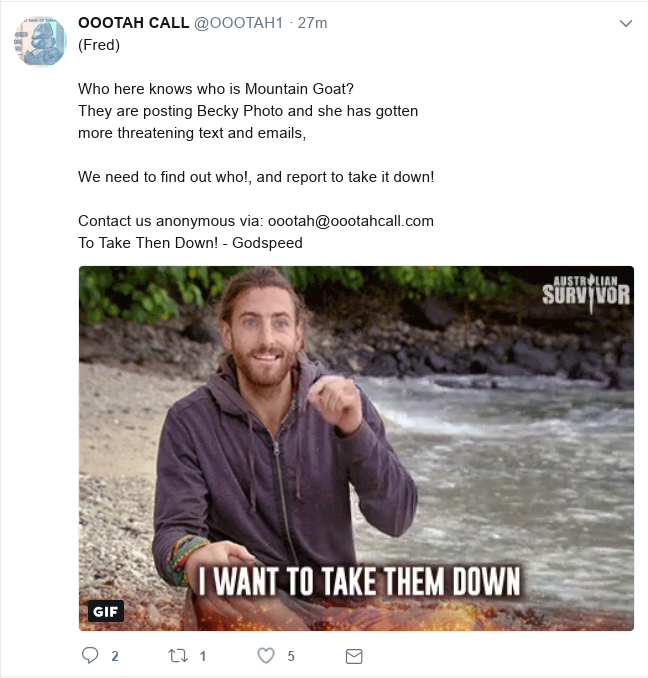 Why doesn't Fred ask Becky who Mnt. Goat is?