Becky Mcgee/Oootah wrote:There will be a normal Intel tonight but it will come out when I choose to put it out!

Rambler
Becky is doing what she says she is. My daughter was helped by her raising funds at a time she needed it most. You need to know FACTS before you post and slander.

@Abetts wrote:Rambler
Becky is doing what she says she is. My daughter was helped by her raising funds at a time she needed it most. You need to know FACTS before you post and slander.

I'm glad to see that your daughter is one of the lucky ones, but Becky wont reveal the totals she rakes in via the scam she promotes. She has been asked.

Then you have Becky saying: "The ZIM is a bond because it's printed on "Bond" paper". Quite laughable these days.

Then you have her statement about "Normal" intel. Her calls next week are going to be "Normal" intel, just like all the other Gurus who lie for profit, and have their scheduled calls.

Becky says: "I will be cleaning house". She is on damage control as folks are calling out her and her scam(s). Is she above accountability?

Running a raffle, giving away a few Zimbabwe notes that can be picked up cheap, while collecting an abundance in donations. She learned how the other Gurus are raking it in, then put it into practice with her moving expenses.

Do you recall she wouldn't be doing calls because she wasn't getting enough donations to do them? That was a few months ago. I've got my FACTS straight, do you?

Here's what I find rather odd about your post on this topic. It's not related to the subject or the body of the post.

That make's it rather suspicious, especially in Dinarland! Are you Becky? Fred? Or one of the other "Team Members"?

Do you have a daughter who got paid, or are you just saying that so that Becky would appear to have some credibility?

Do you see my point? 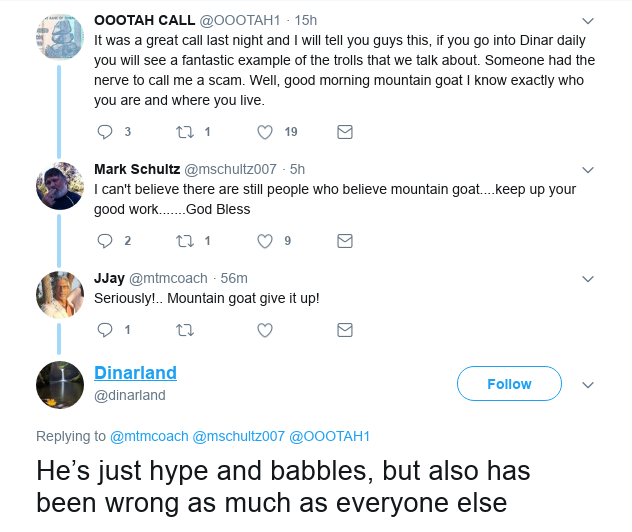 As someone who has worked for several leading banks in the currency space I can honestly say that these so called Gurus are nothing more than fraudsters intent on profiting from people's ignorance and dillusion when it comes to the revaluation of certain currencies and even more proposterous a "Global Currency Reset " But for reasons I'm not too sure myself I have begun listening to these so called gurus and have taken a particular disliking to two. First being this Becky character ! Someone who takes donations from elderly listeners which she claims is for the benefit of others is so obviously total BS it's beyond laughable. It takes a special kind of deviant to run this particular type of scam ... True low life. Secondly, So called Tony TNT , how stupid do people need to be to believe anything a CONVICTED fraudster would have you believe? Has anyone bothered to read the court transcripts of his last conviction ? He openly admitted to the court he held NO FOREIGN CURRENCIES ! What more proof would you need to know he is nothing more than a fraudster ?!?

The fact of the matter is that there is a speculative play involving the dinar which is being actively pursued by some institutions. Has NOTHING to do with the proposterous assumption of a "GCR" involving dead currencies such as the ZIM or troubled currencies such as the DONG. It has everything to do with China's "Belt Road Iniative" and is the type of speculative play that involves acquiring billions of Dinar and will most probably ONLY benefit those institutions who participated at these levels and if successfull will most probably have little impact on the average speculator sitting with a few thousand dinar or even a few million dinar. It's a little too complicated to go into on this board but I can assure you I am aware of it but like I said it is unlikely to benefit the average holder of Dinar. And I can GUARANTEE that the idiots who hold ZIM will never be able to redeem their notes for anywhere near the amount they paid for them. Even if the ZIM is reintroduced it will be as a means of exchanging the currency "in country " for a set rate which when calculated will be far less than the premium you paid for them via eBay and the like .... 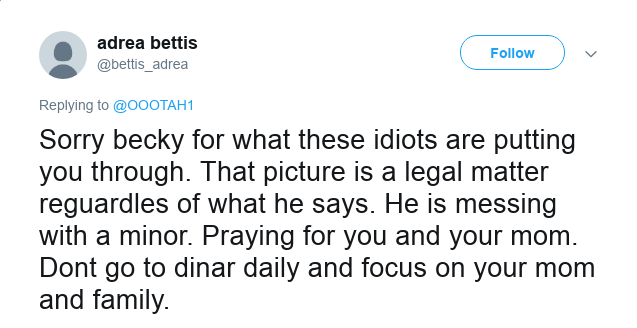 Becky had mentioned that she can make a comment here at DinarDaily. Have you found that to be the case?