Hi, IDC family! I Love you all!

I have read posts lately in which people are saying - or, at least, that's what I understand they are saying - that the ZIM will not be exchangeable, after all.

It is all I have. And my humanitarian projects I've been working on since I was 17, only knowing and daydreaming that one day many will benefit from it.

Every bit of hope in my life for a better tomorrow for my children and the children of humanity has been placed on the opportunity to exchange the ZIM, if that's taking away... I don't even know what I'm going to do with myself. Does life go on after this?

It's not easy. It's bad enough that this is taking so long. And then, that your dream of dreams will not be manifested is brought to your attention, it's just brutal.

There's so much s**t out everywhere. And I don't have the time to keep up. What is real anymore?

I guess I am here so someone can tell me this is not true. Will I be able to exchange my ZIM?

There is no zim. It's monopoly money

Shame, ain't it?  I have an acquaintance living on a mattress on the floor in a friend's apartment awaiting to cash in on the zim.  He still believes!  He is in his 60's, and his whole life revolves around the zim.  Sad.

Zeth, as stated, you have Zim and yes it can be Redeemed, not exchanged. We internet people are considered Tier 4.

Exchange is for Tier 1 thru 3, with the operative word being, "Exchange," Tiers 1 - 3 are Governments, Government officials, VIPs, persons taking amnesty, Humanitarian Groups and contract groups. People in Tiers 1- 3 only have Dinar, Dong, Rupiah, Etc. in the First Basket of currencies to be revalued to their true value in world trade. These are the Revalued currencies that will be available to be exchanged. Tier one banks in the US such as Chase, Wells Fargo, Key, US Bank, Bank of America etc. are contracted to exchange currencies. To receive rates above the front screen rates, and to exchange before Tier 5, or the public, one must use the 800 Number and set an appointment. If you do not make an appointment you will be turned down until the Tier 4 exchanges are completed and it is approved for Tier 5 public to begin. The general public, Tier 5, will not know about the higher rates available unless they have been given this information from the their internet activity. Again this is for EXCHANGES, meaning you exchange your currency for a new currency of your choice.

Regardless of who these Tier 1- 3 people are, they will not be allowed to Redeem Zim, Zim is reserved for Tier 4 Internet people who know the value of the Zim for redemption. If you have given Zim as a gift, those people will need to receive the 800# from you and make their own appointment as Zim may not be Redeemed at a Bank, unless that bank has been contracted to redeem Zim.

When the 800# is released, you will call that number and tell them that what currency you have. If you have Zim you will be given another 800 # where you will make your redemption appointment.

The Zim will not be exchanged. They are bonds and you can only REDEEM them, meaning you cash in your Zim at the rate you negotiate, multiplied by the printed value on the Bond note(s). Do not be deceived or angry that we did not go first, all Zim are only for Tier 4 redemption at a rate that you negotiate at a designated redemption center with a banker. Tiers 1 - 3 will be given, SKRs or Safe Keeping Receipts. Their funds will not be, liquid, until the commencement of the Tier 4 exchange/redemption appointments - no double dipping. All go or no go. Many Zim holders also have currencies to exchange and may do so at a higher negotiated rate at the same appointment.

Zeth, I hope this helps.


About 2 years ago i was referred to someone working with a group that was taking in Dong and Dinar. So i ask him for quotes on Zim he checked with them and they said yes we will take Zim and the payout would be 30 to 1 . I did not place any with them right away and the offer closed. I do know people who placed with them so i will know how that turns out. As to weather or not Zim is a bond or currency , if it is in fact a bond once a government defaults on a sovereign bond it goes into compound interest daily this was told to me by a close friend Who was successful redeeming pre 1933 bonds in Mexico the United States as well as Austria. I have been told a 20 pound Chinese bond that will be supposedly redeemed in the RV will pay 100m to 1B each depending upon which group you went with and how many you have. Why so much ? because of the interest is compounding daily.
*****************
>>>TNTBS's YouTube Channel<<< 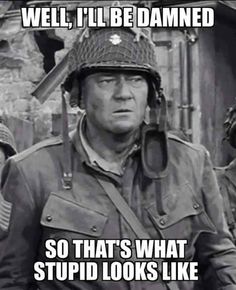 ZIM never has been .... the Zimbabwe currency never used that ISO code. The currency that used to have (ZWL) was worth less than toilet paper (Literally less than toilet paper, a single sheet of TP was worth about 10 ZWL), has since been suspended and then demonetized, so if anything it is worth less than it was before. It will NEVER, let me restate that for emphasis NEVER under any condition be reinstated. If at some point Zimbabwe decides to print their own currency again, it will be a new currency with a new ISO code, and they will not be exchanging any of the old currency for new. My advise, that what you hold and make a nice framed display of it to remind you how easily a fool and their money can be parted.
*****************
Trust but Verify --- R Reagan