Iraq to resume payment of compensation to Kuwait

It is the first installment approved by the UN Compensation Commission since 2014, when payments were suspended after the "jihadists" seized large areas of Iraq.

The UN Security Council approved the formation of the commission in 1991, the year the US-led coalition forces pushed Saddam Hussein's forces out of Kuwait.

The committee decided to pay Baghdad $ 52.4 billion in compensation to individuals, companies, government organizations and others who suffered losses directly resulting from the invasion and occupation of Kuwait.

The source of the funds is a tax imposed on the sale of oil and Iraqi oil derivatives.

With the payment approved on Friday, the Commission paid a total of $ 47.9 billion to some 1.5 million complainants.

Until it stops paying in 2014, Iraq has accepted the tax, but some still wonder if this is fair for a country struggling for its reconstruction after Saddam Hussein was toppled in a 2003 invasion.

Iraq 's economy resumes paying compensation for Saddam Hussein's invasion of Kuwait and that is the amount
http://www.shafaaq.com/ar/Ar_N.....99a71d8bf3

Iraq to resume payment of compensation to Kuwait
http://alforatnews.com/modules.....yid=163491

Iraq to resume payment of compensation to Kuwait... Thanks so much Walkingstick... What timing in all of this... Very significant article... MAYBE for the weekend?...

All that left is to pay those of us who invested in Iraq over the last decade or so!

Now... if my memory serves me correctly... a long long while back I remember Frank telling us that Kuwait was happy to wait to be compensated until obviously now, because when they do receive this compensation the "value" of the Iraqi dinar would be "STRONGER", of more value. Perhaps this is simply obvious but adds to the "winners" column in our favor. IMO.

Is it just me or is this huge!

I'M IN AGREEMENT.....IMO IT IS HUUUUGGGEEEE......SHOWS IMO...THAT IRAQ IS BELIEVED TO HAVE SOLVENCY IN THEIR FINANCIAL ARENA AGAIN SINCE THEY HAVE DEFEATED ISIS SO THEY MAY RESTART THESE PAYMENTS TO KUWAIT.....

THEY WERE FUNNELING A LARGE SUM OF THEIR FUNDS TO THE WAR ON TERRORISM NO DOUBT AND BY THE UN AND KW ALLOWING THEM TO POSTPONE THESE PAYMENTS IT HELPED THEM IN A TIME OF BIG TROUBLE.....

NOW THEY ARE SHOWING THEIR RE-COMMITMENT IN GETTING THE PAYMENTS STARTED AGAIN......ANOTHER PIECE OF THE PUZZLE FALLING INTO PLACE....ALL IMO. ALOHA RANDY

Okay, I'm going to ask... if the time comes when you will also end Monday CC's - does that just mean you can't share much info at all OR will the Mon CC end because Iraq will have reinstated their currency and there will no longer be a need for those calls???

Thought this was interesting!

Mr Kim's decision comes a week before he is due to meet his South Korean counterpart Moon Jae-in.

North Korea has defied international sanctions over its weapons programme.

In November, it said it had successfully tested a new type of intercontinental ballistic missile that could reach the whole of the continental United States.

The latest announcement comes during a thawing of relations between North and South Korea.

A telephone hotline has been set up between Mr Kim and his South Korean counterpart, and the two leaders are scheduled to meet next week for the first inter-Korean summit in over a decade.

Mr Kim is also expected to hold a summit with US President Donald Trump by June. If it takes place, it will be the first meeting between a sitting US president and a North Korean leader.

In the Pacific campaign of WWII a US soldier was separated from his unit during fierce fighting. All of a sudden all he could hear was the enemy and he did his best to avoid capture.

After a while he found some small caves towards a high point on the island. He chose a came and entered, situating himself in a manner to defend his position as long as he could.

At this time he offered a prayer to God, “Lord if it be Your will, please protect me. However, whatever Your will, I still love you and have the greatest trust in you. Amen.

The enemy got closer and he could hear their voices as they searched for him. He knew it was just a matter of time before they too discovered the caves and him.

As he peered from his dark hiding place he noticed a spider had started to spin a web across the opening of his cave. He thought, “Surely the Lord has abandoned me, for when I am in need of a rock wall, He sends a spider instead.

Meanwhile the spider continued its work weaving web strand after web strand. The enemy did discover the caves and began searching them. The young soldier lay poised at what he feared was sudden death.

But when the soldiers came to the cave he occupied they looked at the entrance and turned leaving the area and sparing the young man’s life.

It was then that the young soldier came to realize that in the Lord a spider’s web can be stronger than even a rock wall. He prayed again a simple prayer, “Forgive me Lord for doubting Your intentions.
*****************
>>>TNTBS's YouTube Channel<<< 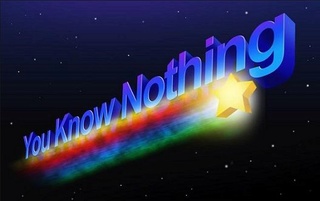