Greetings from Mexico the land that has seen me born and proud to say that NESARA is real and is the law that ends with the power of the dark bankers led by the federal reserve illuminati.

like many nations of the world Mexico is also a country controlled by the power of the shadows that governs the world, through its central banks that operate as embassies of the federal reserve to bribe, buy and give orders to the leaders and political leaders of each nation and that are threatened with severe punishment or death penalty if you do not obey their mandates, fortunately, there are many people who are awakening in conscience and are realizing that we have really been slaves of a totalitarian control system , that keeps humanity under a system of ARTIFICIAL poverty created by a few with the sole purpose of staying in power! Awakening of conscience is the key to achieve freedom and to be aware that a new reality of change is happening throughout the world, thanks to the internet that is the tool given to humanity to remain united!

NESARA IS REAL and is the project and the liberation agenda of the light that is being established at this very moment in which I write for those WARRIORS OF THE LIGHT who care and feel an infinite love for humanity.

Denying NESARA is denying freedom and agreeing with the agenda of the dark ones, thinking that all poverty in the world is a NATURAL cause and a creation of the universe, the one who thinks so should have to examine the head because it is denying itself thanks to the suggestions of your own ego!

Nesara is already here, it is a CONSCIOUSNESS and consciences have life, we just have to focus more on it and know how to trust since trust is the MOST POWERFUL FORCE after love! WE TRUST and allow the beings of love and light that every day strive for the freedom of humanity to carry out their task!

NESARA IS REAL and it is already among us, it is only a matter of a short time to be able to see it act in our word world of I AM! and the I AM is the light of God who does not know defeat!

So NESARA is real...but it's really a consciousness...so it's not real, actually...it ends cabal powers over banking and government...except it's a feeling, and not actual legislation ratified by elected officials...and you KNOW it exists, but you're a citizen of Mexico and you really don't grasp the legislative process in the USA...but you feel it in your gut... 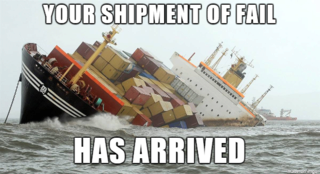