The notes below are a compilation from three different sources. They may not all be attributed correctly to who said what but the information is accurate according to the notes I received.

(Franks comments are all in his opinion)

Delta said there is nothing on TV. That they are keeping it “hush-hush.” Delta reported CBI down 5-6 hours and he felt they were doing something behind the scenes.

The citizens know they are about to add power to the currency. Says, “What we did with the currency has led to two exchange rates.” Admits to the fact they used something. Article 8 to fix and put the stability back in the market rates. “Because they did that they are “right now in the process of lifting the restrictions on the exchange rate.” Basically it says, we fixed the 2% spread. This is the third article where they have admitted they fixed the 2% compliance.

Alak admits: "We are 2% compliant." Tells you about to shut auctions, revalue currency. Let this be your comfort. The lava flow has stopped! I've waited 9.5 years to say that!
Dr. Shabibi is the author of the Monetary Reform. Alak is following orders from his boss, Dr. Shabibi. Lower denom's, E-Dinars, Key cards, MasterCard International, banks around the world ready? Yes! Guess we are ready to re-instate. There is nothing else to say. We are at the doorstep.

[Delta]: From one of the editors of the newspaper, he was there and he was talking about and then all of a sudden the acting governor Allak comes in, this guy is summarizing what happened at that meeting. He kept going with what Alak told him, the 2% and how they succeeded. He got more information that he is not telling us. There is really nothing left.

[Frank]: Here’s another article that says, “The budget contained many items that did not get leaked to the media.” Of course they are not telling the media everything about the budget.
[Delta]: Dr. Shabbi, "We are about to change the exchange rate..." There is nothing left to talk about. The CBI has no choice, they have to make their move. Article: "Council of Baghdad allocates 85 billion Dinars..." Seeing it in billions, not trillions.

What else are they hiding from the media? I know about the taxes. Not sure what is left. They are just waiting for the right time to pull the trigger. March 26, they said they need “The right or suitable environment.” Did say they need to stop the corruption. He’s talking about the new currency to come out.

You now have information from the most powerful sources: Finance minister, Alak, Abadi plus Dr. Shabibi's plan. Trump gave permission to move forward. "2% compliance" means auctions about to stop and the RI will happen. Means they used Article 8 (must remove restrictions on exchange rate.)

Their numbers are telling what they are hiding. CBI talking about "new notes.." (lower denoms). Governor of Central Bank, Alak, confirms the evidence (delete high value notes.) I don't have to say anything else.... ALL WE ARE DOING IS WAITING....

You are about to see Article Two (the 2nd article Frank has talked about for weeks now). When we know about Article 2, we'll share. Until then, we WAIT.

Now at edge of the cliff of monetary reform. Once Alak gives media Article 2, all will happen.
THE CBI NEVER SAID WE WILL DO THIS AFTER THE ELECTION.

[Frank]: Trump signed document of 60+ currencies to change. Trumps call to Abadi was a combination of a lot of things. Deal made that affects American dollar. Told Africa and Venezuela to get own currency.

Lift restrictions on Iraqi Dinar Exchange Rate. Investors have no trust until restrictions lifted, as promised They cannot get into Iraq without a new rate. Just watching CBI because there is nothing left for us to do. They have to come up with rate ASAP. They will come out with a big announcement.

[Delta]: It was supposed to happen in first quarter. Feel like we are in limbo. How stupid! Over 3000 contracts on sidelines, waiting to come into Iraq.

Trump knows number of US citizens who hold Dinars. Article 8 can be retroactive.....IMF approves. Iraq has to lift 3 zeros in order to be International. They can't trade on Forex without a rate change. It’s a matter of days, days, hours, minutes.....Thursday is official holiday + Friday/Saturday.

[Walkingstick]: "We need to stop sharing...can't put too fine a point on info."

(Too Dangerous to do more calls.) Dr. Shabibi is still a part of CBI plan.

[Walkingstick's Report]: 4th Key: We showed photo of an ATM machine. Some firms in Iraq given permission within 24 hours of when ATM machines will be turned on. Certain firms will be notified, then later all firms.

You can't get any closer than we are now. We stop with sharing on Wednesdays.

[Frank]: Can't see this going into May. There was a hiccup, that delayed more information from Alak to us. Now let him tell you the rest. Now all of the info is out. I don't know the date..... 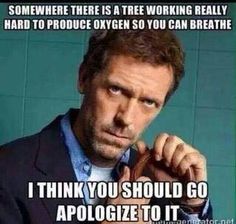