It takes zero guesses to figure out why the New Financial System has a software app named, "Hercules". Hercules, son of the ultimate God, Zeus, and his mother was Alcmene, the granddaughter of the hero Perseus. Hera's jealousy stripped the boy of his God like ability and Zeus's negligence forced the young man to a life of suffering which formed his soul along with his body. His innate sense of fairness and care for All of Humanity brought him many adventures until his death when he was reunited with his father.

Quite a metaphor for our former Financial System, with corrupt, covert theft of innocent people's assets. Sometimes hidden theft (via SWIFT, for instance) and sometimes stealing in plain sight with a group effort, such as happened to the innocents following Bretton Woods Agreement.

The chief features of the (New) Bretton Woods financial system were an obligation for each country to adopt a monetary policy that maintained its external exchange rates within 1 percent by tying its currency to gold and the ability of the IMF to bridge temporary imbalances of payments. Also, there was a need to address the lack of cooperation among other countries and to prevent competitive devaluation of the currencies. Sound familiar? That's because this is the plan today.

The chief features of the Bretton Woods system were an obligation for each country to adopt a monetary policy that maintained its "external exchange rates" within 1 percent by tying its currency to gold. The IMF was a bridge to manage temporary imbalances of payments. Just like Hercules, the System created has been corrupted, altered and reborn anew.

We should all be aware of the sacrifices of Tier 1, 2, and 3, after 75 years of struggle. This is the point I'm going to make today. The majority of people are inherently good. They honor their parents, love and cherish their children and want a safe and free world for their offspring. Following WW1, given the threat of theives and violence the owners of great wealth, Royal Families from around the world, were encouraged to send their gold and jewels to the US. They were issued notes/boxes/bonds with misspelled words, with an obvious deceit intended. They were screwed and their assets were stolen by the powerful US Global Financial "System" and it was a fait accompli for 80+ years.

Families were impoverished. Children were denied their inheritance. Lack and challenge formed hard muscles and wise minds. Leaders stepped forward, who in their wisdom and strength, with sober planning, filled in the holes the snakes were dropping in and out of to free US from corruption of all forms. They believed in the Rights of Humanity to Peace and the rights of every father and mother to leave this planet better than before.

2018, that's how long it took for the correction. We, in tier 4 are sharing the Blessing with the rightful heirs of this vast wealth. The vastness of which will flood every crevice, every hole, with the shining light of abundance. Lack and poverty will be no more. The "System" is corrected now. The talented fathers and mothers, teachers and students, children of God who are inheriting this transcendent abundance bring a new vision of hope.

This is the legacy of Tier 4, Hope for Mankind.

This legacy is our gift to the world.

Thank you, Patrick, for creating this forum and for providing us with the best of the best contributions from every nation! It has served a truly necessary purpose.

Thank you, Brothers and Sisters, One and All for sharing this Genesis with me.

Big hugs all around, 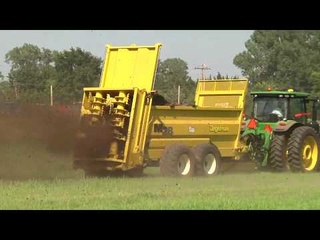