We got the U.S. budget finalized on Friday, that we were looking for. √

And today, China did it's thing with the petrol/yuan.√

So, a penny for your thoughts?

No, that's not enough, a dinar for your thoughts today?

It would be a "MAJOR MIRACLE", if Iraq Officially & Publicly, Substantially increased the Value of their Dinar, On or Before, Sunday, APRIL 1, 2018

We know NOTHING beyond that Date.

But then again, Fridays are always our Most Favorite Day......and of course, Iraq & the Middle East NEVER do (on time) what they "SAY" they're going to do.
(and very few other governments & agencies, for that matter)

There's ONE little piece of information that EVERYONE ALWAYS keeps forgetting the meaning of, THAT IS SO BIG, which we have DEFINED on 3 other occasions: "In the Coming Days".

2 Weeks ago, Iraq publicized that the Lower Denominations were going to be distributed within the "Coming Days".

REMEMBER what we always say about the consistency of Iraq, when they say, "In the Coming Days"?

Historically, it ALWAYS MEANS (and we've tracked this):
"30 TO 60 DAYS" from when they said it.

We've printed this definition at least 3 different times in the past, but it seems that NOBODY ever remembers this, forgets, or tends to just sluff this "In the Coming Days" thing, off.
WAKE UP............Days are always, actually WEEKS, to the Iraq Timetable.

REMEMBER, Iraq is Not acting alone, so it just isn't THEM, making these decisions on the TIMING & VALUE of their currency moves.

So, what do WE Think?

We think it's "Possible", but Highly Unlikely.

P.S. "THERE ARE NO GUARANTEES IN LIFE" NONE.

OH, and we seriously doubt that the Substantially Increased Rate Value, is found ANYWHERE, in Iraq's 2018 Budget.

DECEMBER, is the Very Last Month We Listed.

DECEMBER, is the Very Last Month We Listed.

There was no budget passed.  It was not a budget, and it's not surprising that Clarke doesn't know the difference between a CR (continuing resolution) omnibus bill and a budget.  Exposes him for the lying fraud he's been proven to be for over 2 years now.

Once again, Clarke has been shown a liar.  A LIAR.  Not just guessing, 'no guarantees,' and hopeful for an RV - a flat-out LIAR.  Had to be February, which really meant end of Feb, which really means into mid-March, which is really end of March...but now it's 30 days later...you're an effing LIAR, Clarke.  And your pusillanimous progenitors - Dinar Recaps - are a cadre of lying scumbags as well.  Been lying since Jan 2016, when you created this forked-tongued fake news artist...

I just love a riddle.

especially one that keeps the hook in your mouth for months... no .. years on end.... thanks Dr Clark, Mtn Goat, Tony, all all the other "gurus" than came before them... 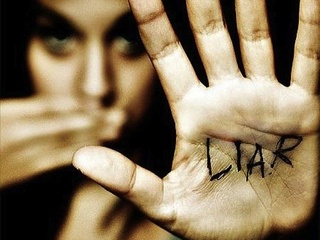