Free import for:
1. Nationals of Iraq:
a. 200 cigarettes or 200 cigars or 10 cigarillos or 250 grams of tobacco;
b. 1 liter of alcohol or 2 liters of wine or 8 liters of beer.
2. Other nationals: a reasonable quantity of goods for personal use.

Pets:
Must be accompanied by a pet passport and health certificate issued by the competent veterinarian authorities at point of origin.
Export and transit of pets is not allowed.

Local currency (Iraqi Dinar-IQD) and foreign currencies: must be declared on
arrival.

1. Nationals or residents of Iraq being older than 18 years of age:

2. All other passengers: up to the amount imported and declared.

Up to $10k worth of any currency except their own, which you can only have less than a hundred bucks worth in your wallet? Unless...hmmmm.

I understand that parity is 1:1 So that would mean RI wouldn't it? Where is article 2?

The United States: The Iraqi budget is an internal affair that we will not interfere with

State of Law: infallible between the interests of Iraq and the Barzani family on the budget of 2018

MP of the coalition of state law, Mohamed Chihod, on Wednesday, that President Fuad Masum falls between the interest of Iraq and the family of Massoud Barzani on the budget of 2018.

"The Iraqi president Fuad Masum falls between the interests of the people of Iraq and the influence of Massoud Barzani's family on the ratification of the budget law 2018 so that the law can be published in the Official Gazette and its implementation," Chihod said in an interview with Watan News.

He stressed that "it is not possible to avoid blocking the ratification of this year's budget voted by parliament," noting that "the budget of 2018 settled the Kurdistan region from all sides." Finished by
ا
http://wataniq.com/news?ID=26326

BAGHDAD - The salaries of employees of Kurdistan passports are paid retroactively

The director of passports Sulaymaniyah, Brigadier Salar Abdullah, Wednesday, a delegation from the Kurdistan region to the capital Baghdad, next week to receive the salaries of staff of a number of directorates in the region.

"A delegation from the Kurdistan region will visit Baghdad next Saturday to receive the salaries of the staff of the directorates of passports, nationality, residency, information," Brigadier General Salar Abdullah said in a statement to the Patriotic Union of Kurdistan (PUK).

Abdullah explained that "the federal government will pay the salaries of the months 10, 11 and 12 of 2017, the staff of these directorates." LINK

13 tax and these details

Sumer News: Baghdad .. A source familiar with, said Wednesday, that the fiscal budget for the current year 2018 included 13 tax.

The source confirmed in a statement to (Sumer News) that "the budget of 2018 approved by Parliament recently included 13 tax varied between taxes income, cars, real estate and fuel."

"Taxes also include cigarettes, alcohol and road maintenance," the source, who declined to be identified, said.

Prime Minister Haider al-Abadi congratulated the Iraqi people for launching the general budget law for 2018, and called on all ministries, institutions and departments of the state to carry out their duties in the best way.

Al-Abbadi's office said in a statement that the last here is all the Iraqi people to launch the general budget law for 2018, and enable the government to carry out its responsibilities and implement its policies and development projects and service and its economic and social program and secure the rights and interests of citizens and salaries of employees throughout Iraq.

Below is the text of taxes:

Income tax for employees, retirees and the earnings 3-15 %

Tax for telephone and internet services 20 %

The sugar drinks tax is 10 cents per liter

Baghdad Municipality Services Tax 10% for the property or plot

Increase of water and electricity wages by 5 %

"A parliamentary source said that "the House of Representatives and during its ordinary meeting, today, completed the vote on the draft budget law for the year 2018 in full."

ALMOST THERE ARE WE NOT ???? greenclan 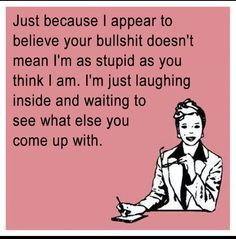