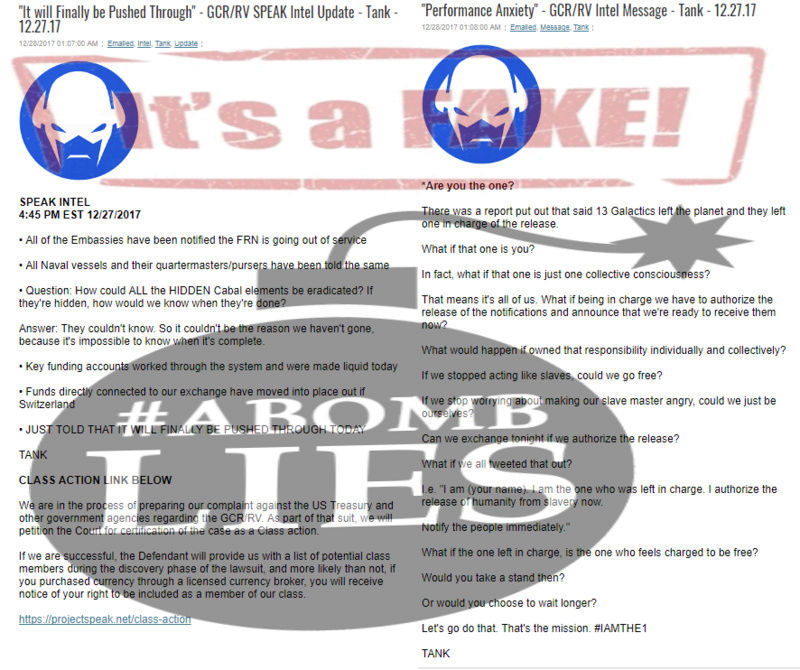 “The Pattern”
What we’re hearing:
•We’re hearing that the IQD is showing at banks for the first time
•Lower denominations are loaded in the ATMs in Iraq
•Also just told that thousands of whales exchanged in Reno which allows all of us to exchange tomorrow
•And true to form the ZIM groups are claiming to be liquid and guaranteed to be able to exchange on Wednesday or Thursday

What we know:
•Real codes from the Manna Trust have been furnished for two separate test transactions to the US Government
•The Alliance has checked and verified that the Manna Trust funds are legit and available
•Today there was an attempted hack where people tried to use the codes above to access the Manna Trust for other purposes

Our conclusion
•If the Republic Treasury would just utilize the codes to fund the Government and the people this whole nightmare would be over.
•If there is a banker at that S2 level who is willing to process a transaction to draw the funds into the United States then all other entities currently facing a liquidity crisis could lift themselves out of it in minutes
•We can currently access codes that will do an instant settlement when the transfer is completed and the person with the codes will not give these codes to the Cabal banking cartels, but will give them to the people and the Governments directly

Why exactly are we still waiting? Oh that’s right, because it’s complicated. Although it doesn’t seem very complicated.

Code Challenge is still on. If you have the ability to produce a code all of us would love for you to prove Kim wrong. We’ve been waiting for you to do it. But so far, she’s the first one to stand up and say she’ll put her money where her mouth is.

Nice safe challenge Crank since you know for a fact there are no codes anywhere. My only question is whether Kim is another con artist, a co conspirator, or a complete fabrication on the part of you or one of your cronies.
*****************
Trust but Verify --- R Reagan