“We are excited. We just got our state license on Saturday … so immediately there was extra energy in everyone’s step,” said Robert Taft Jr., founder of the medical marijuana dispensary 420 Central in Santa Ana. “Being part of history is an amazing thing.”


Taft said he brought in five new cash registers and hired six additional “budtenders” in preparation for the new law. He also doubled his inventory and consulted with his attorneys daily to ensure his store was in full compliance.
In addition, Taft has increased the store’s security, adding 24-hour armed guards. Selling recreational marijuana is an all-cash business.


The state has issued dozens of permits for retailers to begin recreational sales this week, expanding a market that is expected to grow to $7 billion annually by 2020 in California. Several of those retailers are in West Hollywood, but they won’t open until Tuesday at the city’s request. That makes Santa Ana’s licensed stores the closest option for Angelenos who want to buy recreational marijuana on New Year’s Day, unless buyers are willing to trek to San Diego or the Palm Springs area.

To sell cannabis commercially in January — for recreational or medical use — marijuana businesses must have local approval and a state license. Existing medical marijuana dispensaries have been given first priority for recreational sales.


The city of Los Angeles has yet to start issuing local licenses to pot shops, which stirred unease among some existing medical marijuana dispensaries that have been following city rules.


Until recently, Jerred Kiloh feared he would have to temporarily close his Sherman Oaks dispensary to avoid breaking state law.
Kiloh, president of the United Cannabis Business Assn., now says his dispensary will be able to continue providing medical marijuana to patients in January by operating as a "collective" until it has received state and local licenses. After weighing their legal options, most of the marijuana shops in his group are operating the same way, Kiloh said.


As soon as L.A. grants them approval, those marijuana dispensaries will seek state licenses, he added.


For many in the industry, the new law signals a long-awaited shift.
“The days of the dime bag are long, long gone,” said Daniel Yi, spokesman for MedMen, one of the three West Hollywood shops that will be selling cannabis for recreational use.


Medical marijuana customers at the shop Sunday browsed through lotions, honey and wellness packages infused with cannabis. Some poked at an iPad with a menu showing close-ups of different marijuana buds.


Yi said the new law will make it hard for the country to ignore the impact of cannabis.


Brian Gordon believes the new law will help remove the stigma from a drug that is already widely used.


Unfortunately, he said, that progress costs money.
When he went to purchase an ounce of low-grade cannabis from his regular West Hollywood dispensary, he was told that the new law would significantly drive up prices. State, city and sales taxes will push up the price of the drug by more than a third.


Those who register with the Los Angeles County Department of Health and enroll in the medical marijuana program will be exempted from paying sales taxes, but they will still see a 25% increase.


Gordon, who is between jobs, said the increase will hurt him and other patients who use the drug for medical purposes.


“I don’t mind paying the extra money if the money is actually being used for good,” said Gordon, who uses cannabis to ease his sciatica pain.


At a nearby marijuana shop, a budtender said that patients have expressed shock and anger at the increased cost.


“This is not right,” he said. He requested anonymity because he feared losing his job for speaking about the issue without the shop owner’s permission.


The budtender said he would not have voted to legalize recreational marijuana use if he knew the cost would jump so high. He was worried that additional tax increases would be enacted, and that shop owners will pass on the cost of running a legal marijuana business to customers.


Churchill said he usually expects increased sales in the first few months of the year. But this year, he expects business to “double or triple on top of that” because of recreational marijuana sales.
Allowing recreational marijuana use will change California for the better, he added, because regulations will ensure that dispensaries are operating safely and selling quality products.


“I think regulations will be good for everybody,” he said. “Having the safety net of not worrying about going to jail is worth the extra tax.” 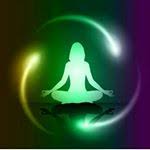 Yep, let's see how fast that will make the accident rate go up, at rush hour on their interstate system!! Brilliant!!

» Monetary Fund: The challenge will be horrific in some countries, including Iraq