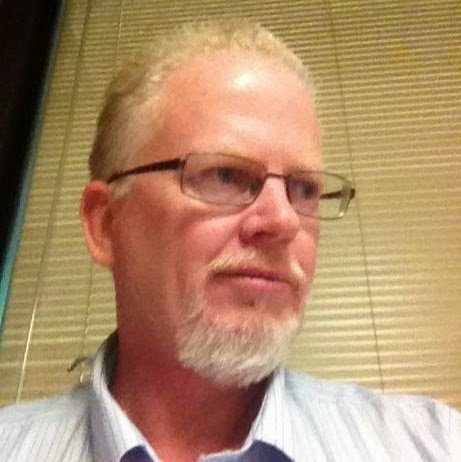 Elmerf123456/Brie Tenny:
If you have not read this. Do! It’s so heart touching. Abadi is a ​great leader

From PM Abadi himself

In the name of God, the merciful

And on that day the believers will be happy.

Your land has been completely liberated, and your cities and the usurper have returned to the bosom of the motherland.

Liberation has become the truth and the hand of the hand.

We have accomplished the difficult task in the difficult circumstances, and we have won the peace and steadfastness of our people and our heroic forces, and with the blood of the martyrs and the wounded, our land has yielded a historic victory for all Iraqis to be proud

We proclaim to the people of our people and to all the world that the heroes of ạlgẖyạry̱ have reached the last stronghold of ISIS and their escape and and Iraq's flag over western al-Anbar areas, which was the last Iraqi territory raped, and that Iraq's flag is flying high above all Iraqi territory .

For three years, your heroic forces have entered the cities and towns after the other, and the Iraqi fighter has terrorized the enemy and the a of the world.. and this is the Iraqi reality that conquers the challenges and insists on the harshest and most difficult conditions.

It is your right to be proud of your victories because they make your hands and make your promises, your unity and your precious sacrifices.. Keep your big victory and keep your land and your unity.
They began a new day and a bright future and deployed in Iraq security and safety.

On this historic occasion, I extend to all our dear people and our heroic heroes to congratulate and congratulate you on this great victory that deserves to be celebrated today and every year, it is a victory for all Iraqis.

The Liberation we launched three years ago will remain an Iraqi success story and a shining sign in Iraq's history and the struggle of its people and its blessed jihadist.

On this day, I say to the families of the martyrs and the wounded:

The blood of your sons has not been in vain.. Raise your heads high and your sons raise the heads of Iraqis and raise Iraq's flag high.

History will record the position of high religious reference to allow Mr. Al-Sistani and his historic and in defence of land and holy shrines, the advisory opinion that and young people have responded to in the largest voluntary campaign that has supported our armed forces and transformed. After that, the war against terrorism was a comprehensive national battle that was say and formed by the popular crowd and the volunteers.

The Joy of victory was completed by preserving the unity of Iraq, which was on the brink of partition, and that the unity and the people of Iraq are the most important and greatest achievement. Iraq has emerged victorious and United, and thank God, the Lord of the worlds, and we will go with Children of our people without discrimination and preservation of their national wealth and their development, justice and equality, respect for the freedoms, beliefs, religious diversity, religious and ideological diversity of Mesopotamia, and commitment to the constitution and work on the rule of law All over the country.

We are now in the post-victory phase of ISIS.. this stage feared by the terrorists and the corrupt, our people and our mujahid we we on the land of Iraq to cleanse it of all bad.

Unity is our weapon that we have won, and we must hold on to this unity and strengthen it with all we can,, and Iraq today,, for all Iraqis and their riches, for all in the south, with their tattoos, their evil and,. .. all must take the fruits of victory, safe, stable, prosperous and prosperous.

Our next goal will not stop at the age of the liberated cities, but will include all the cities of Iraq from which the combatants have emerged and have been cited in defence of their homeland..
I call on politicians to assume their responsibilities to maintain security and stability and to prevent the return of terrorism again, and I appeal to them all to refrain from returning to inflammatory and sectarian action, which was a major cause of human tragedies and by empowering the ISIS gang to occupy our cities. To sabotage it and to displace millions of Iraqis, along with the follow of human sacrifices and enormous spending of the country's wealth.

The arms control and the rule of law are the key to nation-building and justice, equality and stability.

The fight against corruption will be a natural extension of human and land liberation processes, and there will remain no place in Iraq, and there is no place for lived, and this is another battle for everyone to participate seriously in its surroundings and a. His work and not only to monitor their results are not the responsibility of an individual or one.

Your country has taken its natural position and has opened a new page for cooperation with all Arab and neighbouring states and the countries of the world on the basis of respect for national sovereignty, mutual interest and non-interference in internal affairs.

I salute the victors all: our heroine, the police, the police, the organs, the, the air force, the army, the army and all types and formations of our armed forces from the engineering, medical, and the supportive and the citizens. The liberated areas who collaborated with their army, salute to the ministries and institutions of the state that have made support and contributed to the return of life, infrastructure and basic services.. and I salute the positions and sacrifices of journalists, media, artists, intellectuals and every word spoken. Every free vote stood with our people and our forces in the liberation processes.

The dream of ISIS is over and we must remove all its effects and do not allow terrorism to return again. Our people have paid a high price for their security and stability, the blood of the finest youth, men and women, and has suffered millions of families from the hardships of displacement. And the Exodus, and we must close this page forever.

Despite the announcement of the final victory, we must remain vigilant and ready to face any terrorist attempt aimed at our people and our country. Terrorism is a permanent enemy and the battle with him continues. Big Victory.

Thanks to all states and international and humanitarian organizations that have stood with Iraq and its people in this fight.

Salute to every Iraqi fighter carrying the weapon in defence of his land.
Tribute to the martyrs of the martyrs, to the wounded and to their generous families, who have preserved the land and the

Iraq has lived one victorious and motherland for all its children.
And thank god the Lord of the worlds.

Fishkissed:
Elmer, thank you for bringing that speech! I am so very moved and teary-eyed over this speech! Congratulations to PM Abadi and the great country of Iraq. Myself, and many thousands with me, have walked with you daily, sending our thoughts & hopes & encouragements for this day to finally come. Well done Iraq! Bravo and Congratulations!

Wrider22:
Tomorrow sounds like a really great time to RV.

Candi:
I remember from Tony that there is a rule that if they RV in country they can hold it from anybody else for a week...but who knows...I hope they DONT!!!!!

RVAlready:
They are having a big party now. Nobody there to push the button. I hope tomorrow or by Monday.