It's a simple concept really. You're reading this NOW. You are here NOW. You are present in this moment NOW. Every time you've ever done anything it was in the NOW. You can plan for something in the future but the only thing that's getting done NOW is the creation of a plan. If you want to get this done it has to be NOW.

Think about the message we send to the Universe by accepting dates further down the road from NOW. We think we are being positive. We talk soft and ACT like a meme that describes enlightenment. We meditate and imagine we're somewhere else to avoid facing that we live here in this 3D world. But in this reality we are complicit in the slavery of everyone who's not awake. A much higher frequency is one of absolute defiance that rejects the circumstances created by our own mass consciousness.

By accepting anything but immediate performance we place this event in the future. This is a Cabal trick. They've created an illusion that our freedom comes tomorrow and when we get there it's today. So we can never really catch it unless we all agree that it's NOW. As long as we continue to dream of a better world that exists in the future we will never be able to create it. This is the real secret of creation. Moses went up on top of Mt. Sinai and described the seven days of creation. God slowed it down so he could appreciate it. But then God called him back up to rewrite the story of creation. This time Moses got it right. And in the second account Moses wrote "In *THE DAY* that the Lord God created the Heavens and the Earth". This was to show Moses that the creative process for God was instantaneous and immediate according to his own will.

In that vision on Mt. Sinai God showed Moses, the first man Adam and Moses watched as he created him out of nothing but the dust in the air. But what made Moses's face shine so bright when he came down from the mountain was because he saw God when he "BREATHED in the breath of life" as Adam. He didn't BLOW life into him. We generally have God doing CPR to a man he made out of mud, but he just materialized as a man.

And in the New Testament when God was consciously manifest in the flesh as Emanuel he told the disciples that they would do greater works than even he would do. The Apostle Paul explained how that was possible in Colossians.

Colossians 1:27 King James Version
27 To them God willed to make known what are the riches of the glory of this mystery among the Gentiles: which is Christ in you, the hope of glory.

So it is the will of God that manifest as the Holy Spirit or the Savior in you, and that is the key knowing that unlocks the creator in you. Now that spirit is God operating as you. So you are truly an expression of the creator able to create and bring forth the reality that you want to exist. That is the Glory mentioned in Colossians that is a great mystery. It remains a mystery to us only because we don't take ownership of HIS story as MY story. But the truth is that the same spirit that was the messiah, is also manifest as you.

So we continue to look outside of ourselves for God to rescue us, but where it is most important to see him is inside our own hearts and minds. That realization is a great shock to some of us and easily rejected as blasphemy. But it's time for us to unite around that truth and put that energy to use.

To do that we have to get the truth to impact our consciousness and let go of our prejudices, let go of everything we THINK we know and be likened unto a child. A child's mind is open and their hearts are trusting. My six year old son once woke from a dream and told me all about it. I asked him why he got out of bed. He said, "The first thing you have to do to make your dreams come true, is to wake up."

Wake up people. You're not dreaming. You're creating your reality. It will change whenever you want.
Our focused collective energy is the most powerful force in the Universe. But that energy doesn't do anyone any good if we continue to hide it away because we're afraid of the Master. We are the Masters of our universe. We have to decide to create this world brand new, demonstrating our ability and willingness to find God and take responsibility for that spirit that is already in you. That spirit's time to perform is RIGHT NOW.

GO LOOK IN THE MIRROR. THATS THE ONE YOU'VE BEEN WAITING FOR ALL ALONG. TEST ME RIGHT NOW! PUT YOURSELF TO THE TEST! DON'T BELIEVE ME JUST BECAUSE I SAID IT. FIND OUT RIGHT NOW! IMAGINE THE WORLD YOU WANT TO LIVE IN AND PROVE ME WRONG.

BUT IF EVERYONE OF YOU TAKE THE TIME TO DO THAT TONIGHT, YOU'LL WAKE UP TO A BRAND NEW WORLD AND REALIZE THAT YOU HAD THE POWER TO CHANGE EVERYTHING THE WHOLE TIME. 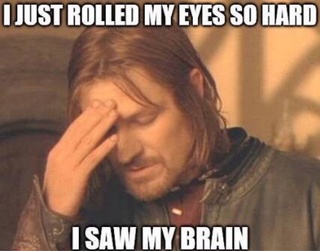