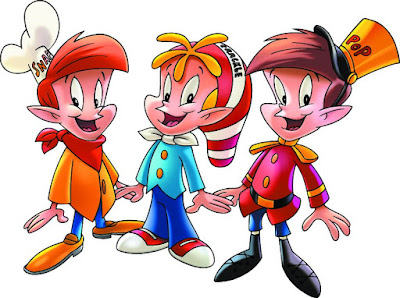 - The Iran Nuclear Agreement will continue without changes as of last night.
- The Palestine / Israeli peace accord was negotiated and completed last night.
- China agreed to handle North Korean issues in terms agreeable to Republic/Pentagon.

- President Trump signed Executive Order (EO) yesterday morning for the American RV as of September 20, 2017.
- As a result of the EO, the USN's we're put into force by the Chinese Elders instead of waiting for Congress to pass the Obamacare repeal.
- Also in direct response to the Trump EO, the Pentagon immediately ran an Emergency Broadcast Alert 10:34am EDT (6:43pm Dubai) and had all available personal manning their posts waiting for the RV to roll out anytime Wednesday PM / Thursday AM.

- Iraqi's President Abadi is scheduled to make his nation's historic announcement tomorrow morning at the UN, but the RV should have already begun before his speech we are told.
- Lower IQD denominations already loaded up into Iraq ATMs as of midnight in Iraq.
- Normally the Lunisolar New Year would begin on Thursday September 21, 2017, but technically it actually starts at sundown the day before so Wednesday September 20, 2107 at 10:02am EDT was the "official start time" and when signed the EO.

- ZIM traded above 3.60+ today
- Trump's resignation will come to flash bang the public not private redemptions.
- Historic Bond Paymaster are wide awake at this hour waiting to move money to SKR clients.

Why is a clone alien transgender person who resigned several times writing in an EO, Yosef?  Why is Trump involved if Obama is running the release strategy?  Why was the Palestine/Israel peace accord signed last night when you've already said it was signed twice since January?  So, when you realized your lie about Obamacare repeal being tied to USNs wouldn't work out, why are Elders now ushering in new currency?  I mean, why is Trump or Congress needed for anything if Asian elders can do what's needed for the RV/GESARA/USN?  Where and how did the emergency broadcast alert run?  You know, you've mentioned these alerts several times, but nobody has seen them and you've never provided evidence.