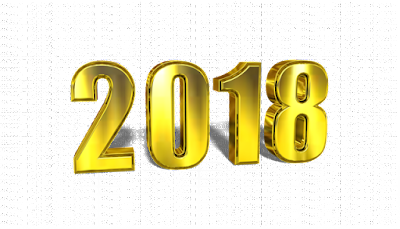 All redemptions must be complete by the new fiscal year 2018 which begins on Saturday October 1, 2017.

Do the NPTB trust that they can pull off a safe and quiet September RV while the world is fascinated watching Trump's public execution? Yes.

But Chinese military is now in charge of the RV, over Dunford, over Ryan, over Congress, over HSBC (which includes Bank of China execs stepping into redemption centers).

But if this final weekend of summer is not the weekend that we will RV... which has been 100% confirmed by multiple sources in multiple arenas, then a September 30th back wall is also the debt ceiling date per a UST source.

Meaning the USA will have no operating funds come October 1st without an RV. Period.

The Chinese Sovereigns have underwritten the entire US economy since August 2013 and they are done carrying the load.

China could care less about how things might look in the global or American press with an American economic collapse --they are making decisions based on their own astronomical calculations going back 5,000 years and forcing the RV into reality now.

Former President Obama is orchestrating every move made by the Republic on behalf of the Elders from Washington.

No wonder Trump constantly blames Obama for his troubles. And yes Trump is under house arrest and has been for months.

The Republic is planning a Saturday night forced release that ends before October 1 , 2017.

Could a Saturday September 3rd start time of 3:30am EDT be accurate? And Tuesday September 5th completion time at 7:28am EDT when Mercury Retrograde goes direct also be right for private sovereign redemptions?

No way to know.

This will force General Dunford to secure all private currency contract operations in September, and tee up the resignation flash bang distraction of President Trump we believe is coming in September as well.

The RV will ultimately hit so fast, so quickly, so stealth like--yet never to be seen or heard from again--you'll be thankful you were paying such close attention for so long.

As the RV will be just that fast, easy to miss, and ever harder to revisit post RV... like a needle in a haystack. Sobeit.

Trump has not resigned, he does not have a clone, he is not a transgender, and he is not under house arrest...pay attention, please...

Mueller came sniffing around Manafort, and is now trying to link back to the IRS.  Here's the rub - Mueller is going to resign, he went outside the purview of his investigation, and is in violation of federal code due to his relationship with Comey...well, lookie at what happened!!

Mueller gets his hands on Trump's original letter penned to fire Comey.  People like Yosef think that's bad for Trump - NOPE!  Because lookie at what ELSE happened!

The FBI tried to deny fulfilling the FOIA request around the FBIs investigation, and they got shut down.  It has been determined that Comey had exonerated Clinton for the email scandal before he had interviewed a single witness.  Now the FBI has been ordered to turn over the details of the FBI probe.  Mueller has to step down, by law...Comey will be indicted...there will be a plea...and Trump is sitting in the catbird seat, with the power to exercise the full legal authority of his office.  This is why Sessions recused himself, and this is why Mueller was put in this position - because there was no legal way Mueller could follow through with the investigation.

This is why Yosef is a dipshit - he thinks Trump resigned, he thinks Trump is under house arrest, that he saw Trump's resignation letter, that Paul Ryan is running the country with Obama and a bunch of Asians.  Yosef has no idea how the game is played.  They all have dirt on each other, folks.  Trump is going nowhere, and Yosef is an absolute liar and fraud.