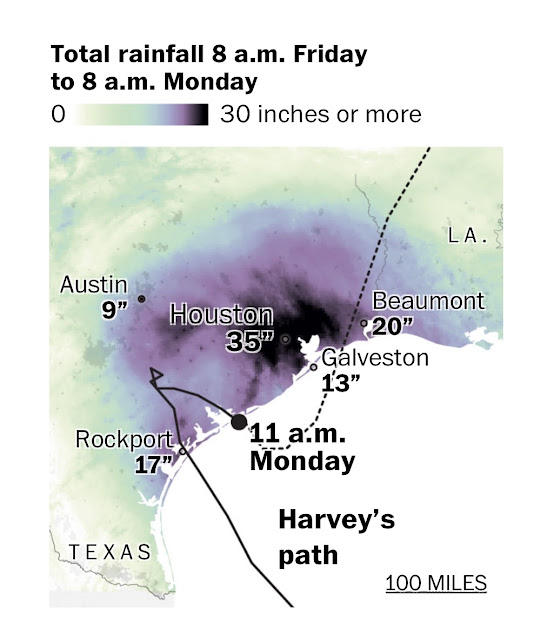 This is why the RV was delayed in the USA which pushed a planned weekend release, but NOT in the rest of the world.

A historic rainfall was expected in Texas, yet completely unexpected in the City of Houston.

It's as if the storm was deflected in that direction. Hmmmmmm.

Notice how Trump was connected to Putin today through the Washington Post and New York Times both with email trails.

Was this leaked by Republic brass to start the final elimination phase of the Trump administration? Of course. Was it released by Obama? Yup.

Commander Barry is still in charge of the transition. Take that white supremacy. A Trump election victory was also Obama's idea btw.

Friday's Sheriff Arpaio pardon set consciousness for the coming Trump pardon by Pence--which would kill Pence politically and open the door wide for Paul Ryan to take the Oval Office and pass every needed law in arrears along with taking advantage of the RV liquidity that will revive the stagnant American economy.

It's all scripted folks. Never forget that. We are there. Saddle up for your appointment.

Know that the Human Angel website will support a new philanthropic movement and shall be a consistent online home for projects, volunteers and archived information related to all things philanthropy post RV.

And all from an unprecedented top down financing consciousness due to the ZIM redemption value.

Thanks in advance for your service. We need you!

For those who live in Texas, the expectation of rainfall in Houston has been known for over a week prior to Harvey hitting land.  Yosef is clueless, once again.

Yosef also claims he is creeping ever closer to 50K sign-ups at his website.  I call bullshit.  He is nowhere near 50K sign-ups.  Just ask Patrick how many he has visiting IDC on a daily basis.

Yosef did some more butt-licking of Barry Soetoro, another agent of the cabal.  He is backed by Soros (a white guy, Yosef), evil incarnate.

Why would these Anglo-haters select Paul Ryan and Ben Sasse?  Ain't they both white?  Like, REALLY white?  Do human angels have a genetic code, Yosef?  If they have Anglo genes, should they hate themselves and accept your psychological flogging?

Yosef, you're a dipshit.

He just keeps writing to keep website traffic up and clicks coming in. The more ridiculous it is the more people it stirs up. this guy is sick. I guess these con's and website owners will do anything to make money. Absolutely pathetic