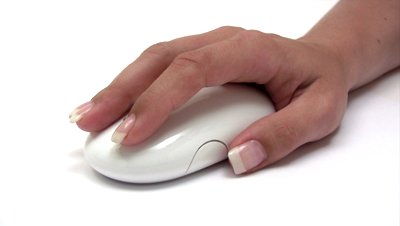 NPTB are waiting for the water to recede to a "travel safe" level.

SKR funding has begun outside of the Western World banking nation's. Liquidity therefore is a reality the world over.

The USN/TRN release is what is on hold still.

This has more to do with peace in the Middle East and Israel's complete surrender than anything having to do with Trump or the USA.

Getting that 33rd parallel calmed down is the whole vibrational game as it relates to human ascension.

What's interesting about this fact is the Chinese long new all revalued currencies values because they set the rates.

So intaking currency at lower rates over the last decade has benefited them immensely because they literally bought low to now sell high back on the open market.

They stand to make money exchanging ZIM. Think about that. Not only do they get the currency off the street in mass, they profit from it too by reselling it at higher rates.

90% of all currency has already been taken in via SKR redemptions, and the last 10% will be taken in via private exchanges now.

Dinarland, Dongville, Zimlandia is the clean up crew not the main show.

The last 10% will be handled manually, which constitutes the private redemption period.

The NPTB want this hydration on the streets well before the global holiday season (starting in November) to both jump start and consistently stimulate the world economy.

This will help catapult humanity forward, in conjunction with new lower global tax rates and immigration policies that will trigger the GESARA annual payouts to every adult in the world.

And scarcity of financial resources goes away in a relative blink.

Sure some will have more initially than others, but all will have something and all will have access eventually to as much as they need, anywhere in the world.

Finding new and creative humanitarian or job creation projects to fund will be the most difficult challenges over time for philanthropists.

Great problems to have.

People living below the 33rd parallel north will be receiving the largest amounts of aid initially, as will races of color, simply because they are the areas in most need of resources.

Specifically Southeast Asia and India. As living conditions in those parts of the world are horrendous to nearly uninhabitable--as was created on purpose by the cabal.

Remaining chaos events are long planned strategies resolving without energy reversing impact (a la Hurricane Harvey which downgraded from a violent Category 4 storm to very wet Tropical Storm in less than an hour after making landfall.

The cabal is dead. Humanity is being liberated nation by nation. Our species and planet have been rescued (again) by the grace and mercy of a loving God. Sobeit.

There are 21+ million people residing in Texas.  Yosef pulling numbers out of his ass, once again.

But it was all predictable - we knew he would blame an RV delay on the storm and flooding; little did we know he would claim the evil cabal aliens were the ones to CAUSED the storm, and the benevolent human angels PREVENTED the storm from hitting the secret Republic gold stash in Kileen!

Remember, Yosef proclaimed that the RV was live in Kuwait 5 months ago, and on slow rollout, and ZIM was being exchanged in early May...but it's being sold on eBay for pennies, evidently, to teach big bad white people a lesson on why they are the source for all the evil of the planet.  Yosef worships Obama, proclaimed him the RV Kingpin, and now Yosef hates anything Anglo.  However, as long as you have guilt, you'll be rewarded with zillions so you can boost the economy before November?

Yes, I know, he is a moron of the highest order...but that's all part of the plan.  He's merely the mouthpiece for the cabal, these ideas do not come from his own mind.  His mind is mush due to years of MK Ultra mind-mapping, just like our good friend McKim (who I also predicted would vanish...and he has)

Here is a classic example of someone using language they don't really understand. And it's because of two possible reasons: