wallstreetgirl:
The new date I have been given for the RV is 9-21-17. my source in Arizona. for what it is worth.

tomatoe can:
Then we will be looking at Black Friday again after that!

wallstreetgirl:
8-21-17 was not my date. this is the first time I have ever posted a date I had been given outside of this board. they seemed pretty sure of themselves when they gave me this info.

wallstreetgirl:
my source lives in Arizona and has a bunch of dinar. a lot more than I have. so, maybe they know something we don't know.

tomatoe can:
Did he give any thoughts or reasons on the 9-21 date?

wallstreetgirl:
no reason for the date. just said that was the official date they received for the RV. drop the mic.

this person does not listen to any boards or talk about the politics in Iraq. they just know they invested in dinar and are sitting and waiting. probably a healthy way to watch this thing. props to him.

wallstreetgirl:
I would think that anyone in Iraq with dinar would want their own currency to improve in value. not sure it should need to be tied to any other event other than good old fashion greed.
*****************
>>>TNTBS's YouTube Channel<<<

They are ALL idiots, and will be 'til they're ALL dead-

I'm going with wallstreetgirl's date. With a username like that she must be something to do with international finance, right?

You know they may be IDIOTS but it is about time to get this BS over and done with what every the rate is going to be!!!! it's been over 20 years it time to get it over with. I do not believe it (rate) is going to be as high as the guru's say it is if i can get around 1.50/1 i  am going to take what i have left and cash them in

BWAH HAHAHAHAH! Good one Sam! I am going to be optimistic and say 1183.999 to 1 with a +/- 9.999%. I have a source in Fallforahscam. He says he has a formula. Eet eez seemple, he says, you joost add another week when it does nut com too payess. YUk YuK! He even told me there are people who believe him! He even says I should be getting my 100 million dollars soon because I gave him my bank account number and social security number too.
*****************
"Any man who thinks he can be happy and prosperous by letting the government take care of him had better take a much closer look at the American Indian." 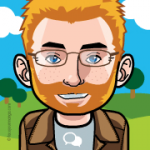