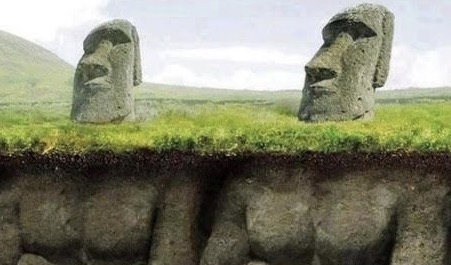 So much disturbance today in the political, financial and military arenas. Makes one ask is the greatest good really being served here?

In Feng Shui terms this time deemed unstable, as chi (energy) prefers calm so its healing powers can settle in the soils of benevolence.

The irony is that our world has never in its history been more stable, at least structurally speaking, as we have in fact achieved a better place for all chi to settle in new grace filled gardens.

The illusion is that chaos is more powerful than order, and if the cabal can continue to get you to focus on the former and not the latter, they will continue to control your soul's destiny--for they know where you place your attention creates your reality.

So they create false events of chaos to keep you from remembering your divinity. Pretty simple strategy.

What's interesting about the whole Trump phenomena is how planned it all is behind he scenes---without the general feeling of coordination.

Meaning, when the lead extra terrestrial Draco negotiated the cabal's surrender after the global economy collapse back in 2009, Henry Kissinger (who is not human btw) agreed with the Ancient Powers That Be (new term APTB) that all cabal mechanisms of global control would be dismantled slowly as not to radically upset the human population.

For instance it's taken just under two years to eliminate ISIS in the Middle East; and it's taken seven years to replace all illegal forms sovereign government. The world's financial system was also replaced in a decade.

Nobody knew. It was safer that way. But everything changed in a top down pattern. Same institutional names on the door, but with completely different agenda governing humanity moving forward.

As a result, chemtrails are now disappearing. Fluoridation of the water is being eliminated. Vaccinations are being re-engineered first to ultimately be removed permanently.

Even more drastic changes are being applied everywhere you look, but gradually, and slower than slow, painstakingly so to those who are already wide awake.

Your held currency is changing or revaluing as well, transitioning in a same manner. Quietly. Behind the scenes. So it's safer for the masses.

Tick by tick on the trading screens worldwide rates are trending towards new gold benchmarks--gradually, gently, and invisible to the unawakened eye.

With one momentary exception... when those souls who were pre-awakened are invited into banks to accelerate the earth's restoration process by exchanging their old malevolent fiat assets for new benevolent digital credits backed by humanity's natural asset reserves also called the Global Collateral Accounts.

These accounts were safe kept by several sovereign families based in China, who pledged to live a life of anonymity and poverty in order to protect humanity for this exact moment.

So by remitting all the cabal's bogus assets helps the APTB both to remove the mechanism of fractional reserve banking, as well as eliminate the usury concept of needing to in-debt a entire species.

In exchange for your service, the APTB ask that you help other souls looking to awaken with economic assistance without limitation.

You may assist as many souls as you desire, there is no requirement other than doing no harm.

Historic stuff, transitioning an entire species and planet. Bet you didn't plan on that when you first got into the currencies!

Yet this is where the chi has settled as being the richest, greatest good soil we can all plant our future. Sobeit.