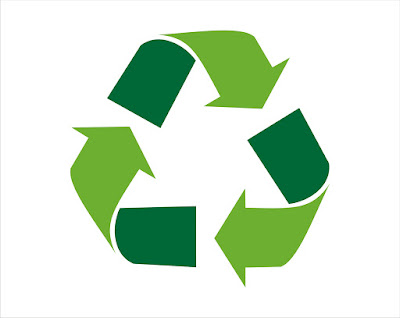 We are now hearing they're once again withholding said release per a source in Beijing.

The cause: Infighting for power and authority post RV between the more than two dozen colors of the Dragon Family (Asian Sovereigns).

Zimbabwe was just such an internal conflict.

The Red Dragons did not trust heir to the throne VP Emerson Mnangawa to dominate African continent affairs post RV, and because of that, Mugabe handled him--all be it late in the process.

Mnangawa was supposedly loyal and by Mugabe's side for 40 years and didn't make the Dragon cut. We understand he was compromised by cabal agents promising secrets of immortality and ultimately global control through Africa reign.

I report, you decide (if your face melts).

Equally fascinating is that the back wall for malevolent and benevolent factions in this transition both function off the same day and time for the release--which is firm and know known to both sides.

Both know their cosmic window is fast closing (August 21) and each is making every effort to refine their post event positions.

Remember, it's a free for all post RV across all corners of humanity, including the once elites. After final release is authorized (by God) their will be race for projects, territories and governments.

And while the cabal has been split into many pieces now, individuals can still stake claims if they have adhered to their amnesty terms.

Ironically, some Dragon Elders have failed to live up to their responsibilities as keepers of the world's wealth and have been discretely removed in their sleep.

Not serving God's Will knows no color or age, thus it appears we all have a boss and clearly a few Grandfathers didn't make His cut. Snap!

It's now time for humanity to ascend and all non-conforming energies are to be terminated by benevolent forces overseeing the Homo Sapien and earthly transition.

The Elders via the People's Republic of China is also being pushed by the Republic to release the RV by threatening military action in North Korea.

All Asian nations are dependent on China to control North Korea's radicalism--which they have done--but the Republic is now forcing Trump to agitate all of Asia in order to ensure that America's finance reforms happen in short order.

That's the real reason General Dunford was in Beijing Monday. The RV release.

McMaster is controlling affairs inside the White House. Kelly is setting up for the RV on a domestic level. And Dunford is the direct contact with Grandfather (and Grandmother / Quan Yin) to confirm international release protocols.

America must get going before the country runs out of fiat money at Septembers end. And the big ugly, bogus UST/FED ballon pops into a quadrillion little pieces.

The debt those institutions inflicted on the world's population are so unthinkably large and overwhelmingly negative. Good riddance. Next.

See, the government of the United States is dead broke just like every other Western World government, and they're all in the same panic right now, worrying about honoring their global sovereign responsibilities moving forward.

They all need the new financial system to survive and save face. Yes it's true, all go or none go, but they in theory could all be allowed to collapse, which hurts China and Russia btw.

So basically everything is at stake with this RV. No pressure Joe.

The problem is innocent people are being slaughtered while the Titans continue to titan--though God is no longer allowing these senseless massacres to persist.

He's therefore sending s message literally from the top down to protect those of us on the bottom praying up.

Both cabal and elder leaders alike are being removed in real time now... like from the earth removed. Disappearing in the middle of the night, just gone permanently, and sent to the central sun for soul recycling.

Believe, don't believe... either way, you are right and I'm a lone nut. But so give ya what so get and trust you can make your own choices.

However, if I'm right about the GESARA, GCR/RV, ZIM, Sovereign Rates, Trump, Ryan, Gold Standard... maybe I might be right about this tidbit as well.

Stay open to positive possibilities no matter from where or whom they originate.

And keep believing in the face of your own personal extermination. I know it's hard. But faith is only true currency in this life if we are achieve our greatest good or divine covenant. Sobeit.

Yosef is truly co-opted, and is spreading lies regarding the true nature and intent of these military generals placed in high positions across USG.  Go back and read Yosef's post pre-election 2016, then read what he has communicated in the last 4 weeks.  You can actually see the lie being morphed and twisted, because he has been compromised.  These words are no longer credited to him, but the cabal.  He is a puppet, strings pulled by others.  He is an agent of deception.  They have him blackmailed.

Understand the true roles of McMasters and Kelly.  Paul Ryan is toast.  Understand why Dunford was dispatched to Asia (hint: ZERO to do with an RV/GCR/GESARA).  Understand why KJU specifically mentioned Guam as a target, and why he just backed off.  Understand back-channel negotiations, central banking, and saber-rattling.  Yosef has absolutely no comprehension of these, as evidenced by his posts over the past 4 weeks.  Yosef has been in a spiral since early April.  Blackmail is in full effect.

as mentioned, Yosef is simply targeting the most gullible, twisted, & demented .. and he's piggy-backing onto this basic core group of conspiracy theorists & prepper's.

If normal gullible folks are't buying this crap anymore.. who else is there to sell to?

He's moved onto the crazy segment..
This is the internet, do you know how many alien believers are out there? Neither do I , but this is the place you can find them & build a cult following.

Stranger things have been said and done in this bizarre dinar world or "the blessing". It's not for normal people .. normal people have cut their loss & moved on.

Look around people, this is what's left.