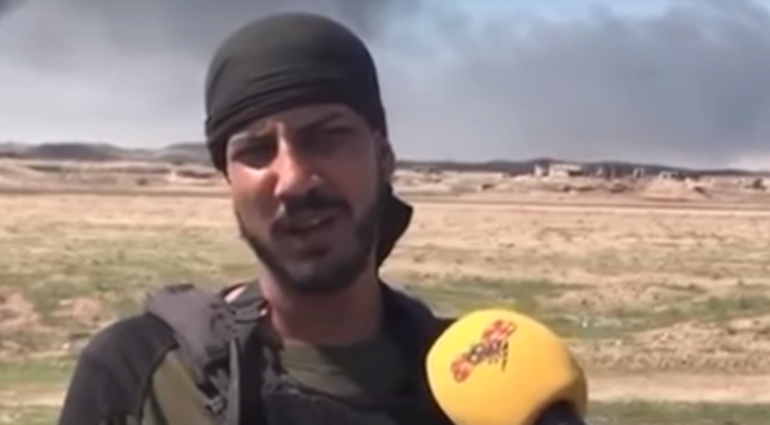 Media published photographs and video clips of one Iraqi forces elements involved in the battle to liberate Mosul from the grip of Daesh and admitting that he cut off the heads of 50 people alive, were fighting in the ranks of the organization Daesh.

Aziz expressed in an interview to the site regretted not to do all of the fighting Daesh what it takes, adding at the same time that his colleagues in fighting not only object to cut off the heads of terrorist prisoners, but they celebrated it.

And confirms the video published in the media these allegations, as elements of the federal police and the Iraqi army show up, they watched in silence Aziz brutal, and around him on the street, carrying two heads cut off in his hands.

He justified Aziz, who is taking part in the war on Daesh since the takeover of the terrorist organization to Mosul in 2014 operations by saying: "they conducted themselves, and what they did kill our mercy. What do you do if you find your mother and your brother slain? ... we must deal with them as they dealt with us."

He stressed "the butcher" that he launched a personal war on "Daesh" in retaliation for the killing of his brothers, 4 adults, he said, commenting on the question about his feelings for the moment of the slaughter of his victims: "I can not describe the comfort I feel after doing so."