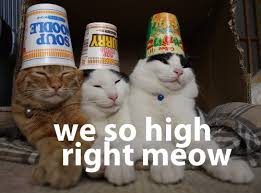 Hello my friends and Family, I bring news of more Cabal attacks on me personally. All is well for me, but not so much for them, of course. It is stupid to go against the Galactic Federation, The Republic Forces, and the Angelic Forces.

How pathetic that I am censored in calling out these Cabal, and yet they are trying to kill me. Oh, but let's not call them names. I've got news for you. Anyone who censors this post in ANY WAY will be guilty of aiding and abetting the Cabal in their attempts to murder me.

Let's Review Where We Are

I posted an End Of Game notice to the Cabal indicating that any actions on their part to interfere with the GCR, the Republic or any other Light Forces, would result in a STK (Shoot To Kill) authorization on the spot.

On this date I authored and posted the Ultimatum to the remaining Cabal actors to let the GCR proceed without interference or else face the consequences. Here is the post:

Then I posted notice that the STK order was NOW in FULL FORCE.

CABAL DO YOU UNDERSTAND THAT YOU WILL BE SHOT ON THE SPOT?

So, as I have told you before, there have been many attempts on my life over the years and now it has risen to something like 67 attempts. How crazy it is that I am censored from calling the Cabal names and yet they are trying to kill me? I say NO MORE of this pathetic crap that we can't call out Cabal!!!! Do you hear me Garry Larrabee? DO YOU UNDERSTAND WHEN THEY STAY HIDDEN, THEY DON'T GET ARRESTED AND THEY TRY TO KILL ME? Do you want to be responsible for protecting the Cabal who are trying to kill me? YOU BETTER PICK A SIDE.

I already told you this story, but I want to remind you that while I was prevented from calling out these heartless murders here on IDC, they were still trying to kill me. How sick and twisted is that? Here is the post that recounts their attempt on me Friday, the 16th.

They failed miserably, but that didn't stop them from trying again.

On Tuesday the 20th I was writing a post when I heard a HUGE explosion out in front of my house. I couldn't see anything, but I knew that I have Galactic protection, and so I made contact to find out what happened.

It turns out that these evil Cabal Bastards were digging a tunnel under my house with some sort of Bomb and had plans on blowing it up in some way making my house go into a sink hole. To make a long story short, the Galactics blew up the tunnel with the Cabal minions still in it. There were 6 of them and 5 died and only one made it out alive and severely hurt. He was taken into custody and I don’t know what they did with him. But that was small compared to what happened the night of 6-21-2017.

Bear in mind that these murders are still being protected on these web sites. No one is allowed to call them out and that makes the website owners accessories to attempted murder. They are protecting them, and that violates Do No HARM!

During this time I sent in a post calling out a certain Cabal person. It was not posted. I sent it in again, and again it was rejected. That has great importance on what happened next. On this next attempt, it has come to my attention that the VERY ONE that I was calling out as Cabal, was the VERY ONE who was involved in sending the hit teams out to my home. This implicates the Website owner. But this is not my area of expertise. I'll leave that to the Republic Forces to decide.

It was the night of the Solstice. I was actually on the phone with Daughter of Terra, when shots rang out in my front yard. At least 10 in a row. Then another 10 in a row and on and on it went. To make a long story short, 40 Cabal assassins were sent to my house and 18 were killed on the spot and the rest were taken into custody.

They had space craft that they came in and these craft were taken into custody by a Galactic Federation Mother ship that was cloaked over my house. They got all the information on who sent them and EVERY SINGLE PERSON WHO KNEW ABOUT THIS "HIT" WAS DROPPED ON THE SPOT (STK) WHERE THEY STOOD. These include names of people you know. I won't tell you who they are now, but I will say that one major one, was the one that I had tried to "out as Cabal" twice, and both times they were protected. (My Post was refused)

The bottom line is where are we going to draw the line? Are we going to protect these murdering bastards by keeping quiet about them or are we going to "out" them right here? My friends, I will stand up for you... I will call them out for you... I will get them arrested and "Handled" for you.... But I don’t think that it is fair that we protect them from being "outed," while they keep trying to kill me. Do you? They know that I bring the truth and that I inspire you and they want that to stop at all cost.

They don't deserve to be protected... Do they? If they keep trying to kill me, don’t I have the right to call out those rat bastards? Why is their demand to stay anonymous outweigh my right to call them out to save my life and others as well?

My Friends and Family, I ask you to stand with me to call out these Cabal scum!!!! I need your support because I can't do this all by myself. Will you support me?

Signed: One Who Knows/Richard Lee McKim, Jr. aka Swervy McGee

In the world of psychiatry, this is classic paranoia.

I've been explaining how McKim's mind has turned to mush because he is a cabal agent who went through exhaustive MK Ultra mind-mapping protocol.  It's creating classic paranoia tendencies (combined with drug and alcohol abuse).  He's already on-record claiming to hear voices, claiming he will murder anyone he deems, 'cabal,' he channels the dead, he congregates with sorcerers and witches, he claims to be God, and has MAJOR anger mgmt issues.

He has completely lost a grip on reality.  Everyone is out to kill him?  He wants to murder dissenters of his secret knowledge?  Folks, steer clear of McKim, he is a danger to himself and others.