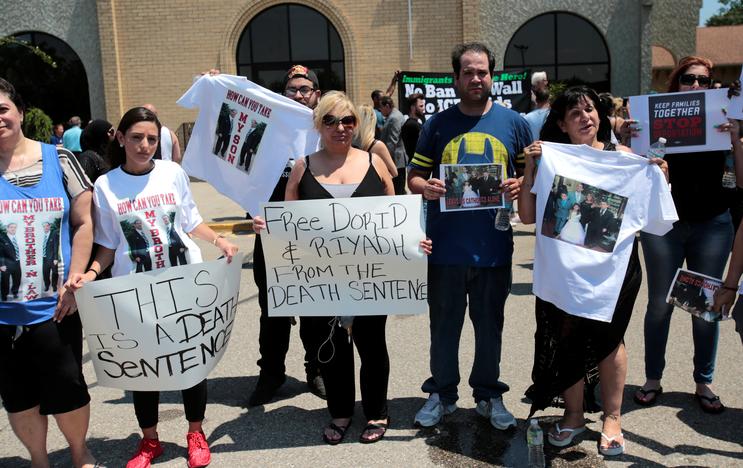 A U.S. government official said on Monday U.S. immigration agents are conducting targeted operations to arrest Iraqi immigrants who had been ordered deported after committing serious crimes, the result of a deal struck after Iraq was dropped from a list of countries targeted by President Donald Trump's travel ban.


"As a result of recent negotiations between the U.S. and Iraq, Iraq has recently agreed to accept a number of Iraqi nationals subject to orders of removal," said Gillian Christensen, a spokeswoman for U.S. Immigration and Customs Enforcement told Reuters.


While some reports of the arrests came out in recent days, it has not been reported that they were the result of negotiations between the two governments. 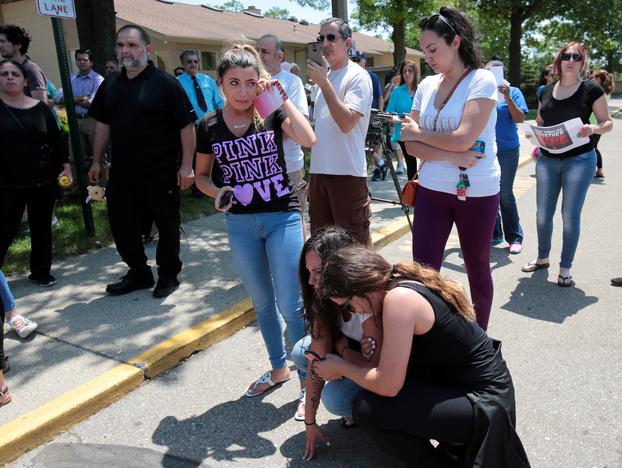 The Iraqi embassy in Washington did not immediately respond to a request for comment.
Christensen said the agency recently arrested a number of individuals, all of whom had criminal convictions for serious crimes.


"Each of these individuals received full and fair immigration proceedings, after which a federal immigration judge found them ineligible for any form of relief under U.S. law and ordered them removed," Christensen said.


She declined to give more details about the operations because they were ongoing.
Attorneys, activists and family members interviewed by Reuters say ICE officials were arresting people in the Chaldean Catholic community in Detroit, Michigan and Kurdish Iraqis in Nashville, Tennessee over the weekend and last week.


They say they have reports of dozens of arrests so far, but Reuters could not independently confirm all of the cases.


The moves come after the U.S. government dropped Iraq from a list of countries targeted by a revised version of President Donald Trump's temporary travel ban issued in March.


The first version of the ban, signed just days after Trump took office in January, had originally included Iraq along with Iran, Libya, Somalia, Sudan, Syria and Yemen.


The March order said Iraq was taken off the list because "the Iraqi government has expressly undertaken steps to enhance travel documentation, information sharing, and the return of Iraqi nationals subject to final orders of removal."

There are approximately 1,400 Iraqi nationals with final orders of removal currently in the United States.


U.S. officials previously considered Iraq a "recalcitrant" country because it refused to cooperate with ICE's efforts to remove its nationals from the United States. As of May 2016, it was considered one of 23 countries in that category, along with China, Afghanistan, Iran, Somalia and others, according to congressional testimony by ICE Deputy Director Daniel Ragsdale in July 2016.


At least some of the people who were picked up came to the United States as children and got in trouble with the law, in some cases years ago, according to immigration attorneys and local activists. They had been given an effective reprieve from deportation after serving their sentences because Iraq would not take them back.


"Suddenly after years of living their lives and getting past that they're being greeted by ICE at the door saying that they're going to be deported to Iraq," said Drost Kokoye, a Kurdish-American community organizer in Nashville, Tennessee home to the country's largest Iraqi Kurdish population in the country.

Re: U.S. targets some Iraqis for deportation in wake of travel ban deal

A US court heard a lawsuit demanding to stop the deportation of nearly 100 Iraqis dropped immigration authorities arrested in the Detroit area because many of them belonging to minorities may face torture or religious persecution in their homeland.


In a concerted campaign in recent weeks, authorities dropped immigration arrested Iraqi immigrants across the country who have been sentenced to final judgments of deportation and convicted in Khtirh.hdt that crimes after Iraq agreed to accept the deportees in the framework of an agreement to lift it from the list of countries that President Donald Trump is seeking to prevent the next ones from entering the United States.


And a number of those arrested had come to the United States as children and their crimes committed decades ago but allowed them to stay because Iraq previously rejected the issuance of travel documents to them. But this changed after the two governments reached an agreement on 12 March.
And it requests a lawsuit filed by the American Civil Liberties Union of the court to issue an urgent order to halt the planned deportations, saying that many of the target in Michigan of Chaldean Christians, who are widely "targets for persecution and brutal in Iraq" .oicol Union also said that the deportation of Iraqis could constitute a violation the Charter of the United Nations Committee against torture, an international treaty signed by the United States.


The US government says that the District Court is competent to the case and that immigrants could appeal to the Court Alahjrh.oukalt enforcement of immigration laws and US tax administration that among the 199 Iraqis were arrested in operations across the country, people convicted of criminal charges such as murder, rape, assault, kidnapping, robbery, drug trafficking and violations related to possession of arms.
The judge did not specify a date for a ruling in Alqdah.autam also arrested on Iraqi Kurds in Nashville, Tennessee, but the American Civil Liberties Union, said that the proceedings are not covered.


He sent six legislators US House of Representatives from Micijan- five Democrats and Gmehora- a letter to the Department of Homeland Security urges it to halt deportations to enable Congress to review the agreement between the United States and Iraq and gets guarantees of safety Almrhalin.oetjma hundreds of protesters outside the courthouse waving American flags and carrying Hamra crosses and banners reading perhaps "deportation to death"