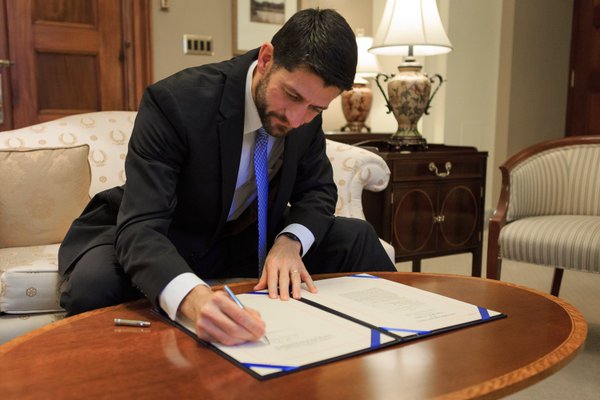 Final release preparations were concluded on Friday afternoon, and the switch from a civilian banking controlled operation to a military run forced implementation which began on Wednesday afternoon is now deemed complete and absolute.

Donald Trump has resigned--we understand well over a week ago but entered into the public record Friday night at Camp David.

This EO places the Republic in an any minute performance alert status and we anticipate the T4 RV release sometime this weekend (anytime midnight EST Saturday).

The EO also places all redemption call center personal, exterior and interior security staff, even all table top banking representatives under emergency Marshall Law guidelines which set legal precedent for military prosecution during the duration of the RV event.

Translated, any disruptive act to prevent the RV process for executing will be filed as a high crime or "Act of Treason" against the united States of America.

Such high crimes are punishable by a military judge without the requirement for a jury of civilian peers, due process, public record or media scrutiny.

This was done to best protect and mask the RV in the event of an overt subordination designed to stop release operation from completing once begun.

This EO also applies to any civilian causing disruption in a redemption center or base while redeeming their currency. Staff or client. As no one is immune from said military prosecution and/or military imprisonment.

Consider the RV event officially started as of Wednesday's EO signature and your individual redemption contact information, exchange appointments and off site location addresses to be released shortly under these new Marshall Law mandates.

Hope everyone is spiritually ready to manage this historic blessing. If not, know that you were all provided ample time for education and training.

Has anyone told Paul Ryan he is Commander in Chief?

Nope!  You already said his resignation went into Congressional record weeks ago...can't come back and lie on top of your first lie, Yosef the Dipshit!

So under this new Republic, a high crime does not allow for due process or trial by jury, really?  LOL, you're a dipshit.  We're under martial law now, dipshit?  This is the new way of peace and prosperity - no trial by jury, no due process, under martial law?  Oh, it's martial law, not MARSHALL LAW, dipshit.  And now the bank/exchange centers are under military oversight - even though, weeks ago, you claimed these exchange centers did not ALLOW for military personnel?

Dude, we don't have short memories, we remember the lies you told weeks ago...you've been exposed, again, for the lying dipshit we all know you to be!