Keep in mind this is the same person who has transcribed TNT call notes for years and hasn't figured out that Tony and Ray are two of the biggest cons in Dinarland. 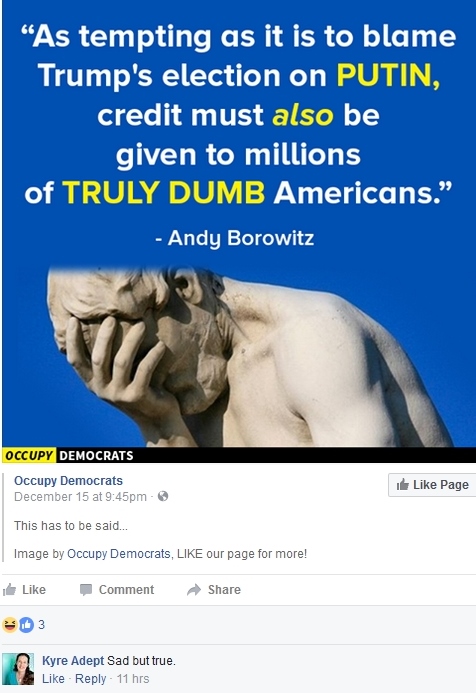 Re: Are Trump Supporters Really DUMB? Kyre Adept thinks so.

Well as one of the despicable people that crooked Hillary spoke of I would have to tell you Andy that your liberal ideas and opinions are just a bunch of balderdash.  You liberals seem to think you own the world and your opinions are all that count - ah, who won the election as proscribed by the way our elections have been decided for over 100+ years?  Not only that but the electoral college ensures that ALL Americans are represented when a President is elected.  Popular vote only allows the urban areas the stature of electing the president and THEY DO NOT ALLOW WE MERE RURAL POPULACE PEOPLE the right to do so?  Go to Cuba, Russia or where ever.