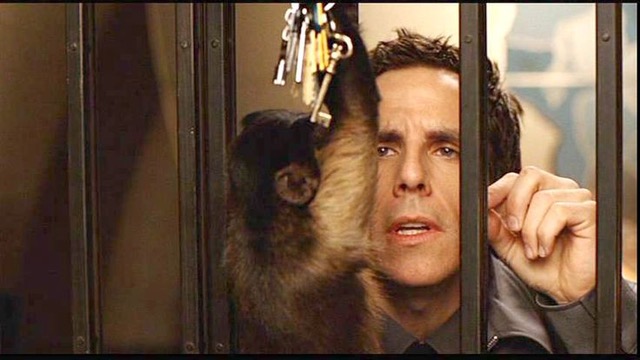 The mind is relentless, isn’t it? It creates problems. Then it tries to solve them. Funny monkey mind, all in knots about all this money we’re getting. (Soon.)

Why are we getting all this money?
Because, either a long time ago or more recently, we bought worthless currencies on the speculation that they would be reinstated at values close to what they were before foreign empires ruined the economies of the respective countries through opportunistic wars and money-and-asset-grabbing restitution.

Then we found out there were higher “contract” rates. We learned about the Zim. Then the RV-Stream Media (RSM) guided us to the conclusion that we were to become “Humanitarians” and “Global Philanthropists.” The rates went up. The rates went down. We did the math and saw we could save the world single-handedly.

People like FXStrategist showed up, jumped on the bandwagon, and tried to organize a future organizational structure for the purposes of post-RV effectiveness. A Family Office. An organization containing substructures for hiring, researching, vetting, collaborating, overseeing, managing, and more. Making those resources available on a turnkey basis to anyone. Creating web portals. Connecting with other web portals.

Others looked at that and wondered if they were up to it.

Rates were discussed and criteria for being eligible for them came up. Projects. International. Job creation. Credentials. Background.

We were told not to take the “sovereign rates” back in the spring because they would “kill our souls.” Then we were told to go for it. And then zeros were knocked off. Rates went down. Zeros came back on. Rates went back up.

Who should get the high rates?
The crazy highest rates are designed for people who are institutional or can ramp up to become institutional. Zim $0.03 (a worst case rate; more likely a $10 rate) gives the average currency holder enough money to do anything they want for themselves and the people they want to help and their projects in perpetuity writ large. Interpolate and insert yourself.

Do you need to have a background or have surrendered or seen the love of God or prepared a great humanitarian plan to qualify for this money?

No. No. And no. The rain doesn’t just fall and the sun doesn’t shine on “deserving” flowers. We are all flowers, we all bought currency, we all get to redeem. Period. Does anyone ever ask this about penny stock buyers? Entrepreneurs whose companies mushroom and IPO? Does anyone question why CEOs get to also play on the world stage next to governments?

No. You bought currency, you will be massively wealthy, and, once your desires are satisfied, your health regained, and your balance established, there will be nothing left for you to do but give. Give, give, give.

The purpose of this money is to cleanse the earth and her population constructively as opposed to destructively. The flood is money. The idea is that it becomes ubiquitous, available to all, and leads to a day where money goes the way of the dodo. You don’t need to see how we get there or what it’s like to see that is the only way this can work. Read Sheldan Nidle’s last post for a great vision on this.

The only thing people in this investment have in common, in my view, is their core drive to give, help, and change the world. Every single person. They don’t have to be qualified. They only have to be driven. They came into this world equipped with the internal radar to locate and take advantage of this opportunity. And they have stayed in it, despite personal hardship, not out of stubbornness or merely lack of financial alternatives (although those things are mostly true), but out a true vision that was ignited by the guidance to become humanitarians and philanthropists.

Will they all do it? Will some of them “fail” or be non-starters? Are they all the awful things they’ve been judged to be by another who know them no more than they know themselves or is known by others? Maybe. But so what? (Or, sowhat? LOL)

Because the ascension, the love, the surrender, the wherewithal comes WITH THE RV. Not before. The flowers are in a drought under thick clouds. It is not their fault they do not thrive. YET.

This? Or that?
So, do you want to be a size player? Or just enjoy your gains? Nothing wrong with either. Do both! But how about neither. Maybe you don’t make a decision, now, about a drastically different future you cannot even imagine or know and in the midst of your suffering. Maybe you look inside and learn about suffering. Study the drop (you) that contains the ocean (the RV, the world, God, other people, the New Republic, GESARA, commerce without money) as the way to know the ocean. Many have been journeying this way for months and years.

Money is energy. The zeitgeist energy of this money will POP us into a brand new delicious consciousness. Bliss. Plenty. Freedom. Unbelievable and never before experienced by ALL of humankind. We'll need a little time to look around us, shake off the past, and feel our way into this new consciousness. Love, desire fulfilled, and altruism without restriction. We, none of us, have ever known this.

Who might you have been today had the need to make (just enough) money weren’t hanging around your neck? You’re about to find out.

When?
Soon. Can’t say exactly when. But the facts and the real life progress are visible, irrefutable, right before your eyes.

How?
We don’t know. Let’s just admit we don’t know how we’re going to do this. We’re “3-D,” impoverished, struggling. “No struggle?” Not yet. And the time to change and analyze and help oneself is not from within the suffering state. Even if you’re keeping your dauber up, the external circumstances of life on earth at this time are dire. Suffering requires seeing and, often, assistance (um, the RV would be good). See the nature of suffering — not pain, which is ephemeral, as is joy — as one that results for the “story” surrounding the pain, not the pain itself. That’s a lifetime of study right there bound up in an instant of recognition.

That’s another “story.” But if our pain is a lack-of-money toothache, extraction is on its way.

As for the rest: we’ll have time, money, leisure, the support of an ascended Gaia, one another, and, soon enough, the awakening of all of humanity to bring an abundance of sun and rain for our flowering. Bank on it.