The title was meant to be easily found for anyone searching for Mnt Goat Dinar, and from the look at the results currently up there, this should be pretty easy.

Now, this is just a placeholder for me while I get everything ready, but.....here is a preview of what I am planning:

1. I plan to prove that Dinar Recaps is well aware that Mountain Goat is / has been lying based on past failed and soon to be future failed predictions.

2.  I will show that regardless of who is providing the "emails" to Recaps, the point is clear, they are putting out false information.  It's not about the guru, it's about what is being posted, and people have caught on not to trust the information.

3. I will be showing screenshots from the BANNED People's Talk Radio (PTR) account where it is obvious that two people are writing.  In fact, see these posts and note the difference in writing styles and spelling errors, someone has dyslexia when they posted as Mnt Goat dinar from 2011-2013. 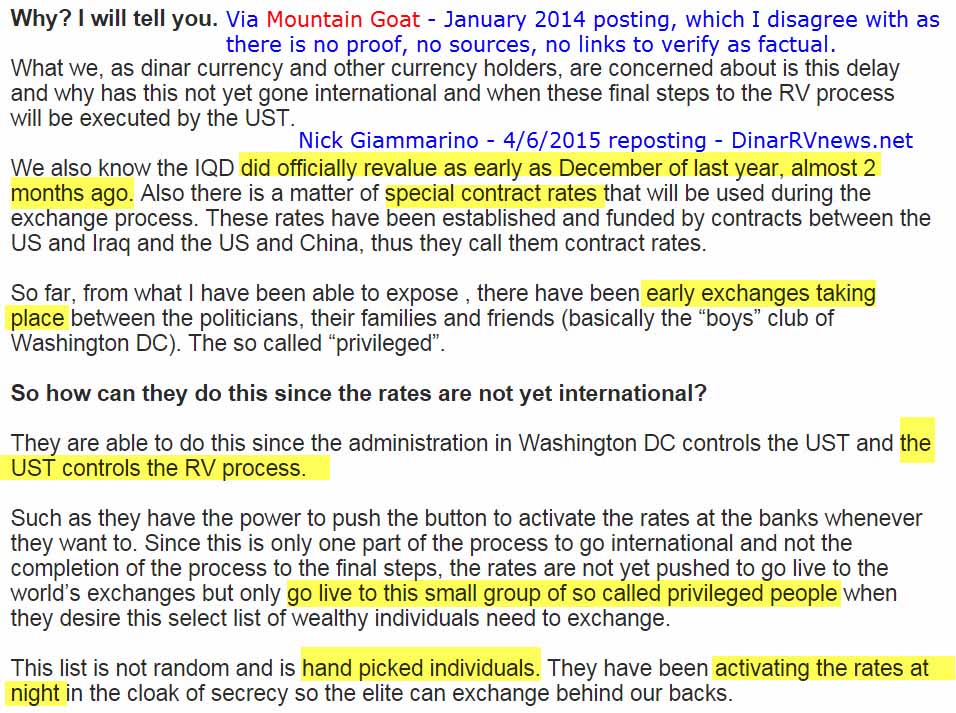 Below, notice lack of proper editing:

Mountain Goat trying to figure out the rate - 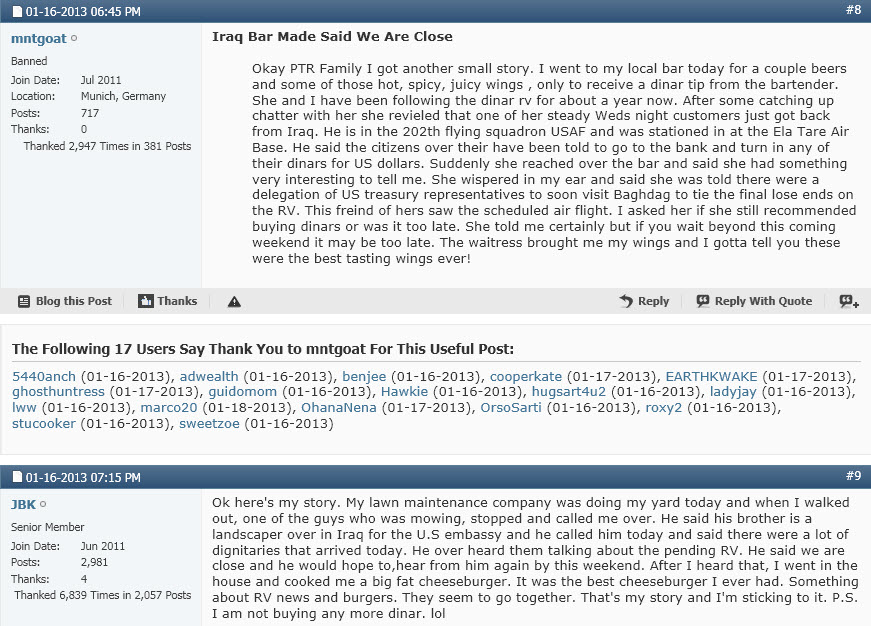 Bar Made instead of Bar Maid
Revieled instead of Revelated
Wispered instead of Whispered
Baghdag instead of Baghdad
Freind instead of Friend
The "202th flying squadron and Ela Tare Air Base (which both don't exist)
Notice the way it was typed, not properly formatted.

Notice the dates in the posts, Mnt Goat goes from knowing nothing to having contacts.

Mnt Goat was an Iraqi War Veteran of the first gulf war for the combat engineers, yet is a Barmaid in

I'm not sure how long it is until Recaps kills off the Mountain Goat liar.  People are dying of cancer because they actually believe this stuff!  They are old, frail, and most of all senile, they can't make competent financial decisions, and since Dinar Recaps likes to moderate comments, people's true feelings and questions never come across.  Just try to post something negative about any of the gurus there, good luck.

So, everybody get ready, because this Navy Veteran is pulling no punches.  I'm done pretending to be the nice guy while sites like Dinar Chronicles, Dinar Vets, Dinar Recaps, Dinar Updates, Dinar Guru, Peoples Talk Radio, and the others post lies, NOT INTEL, LIES!

Have a nice day.

Talk is cheep let's see some real action on your part Nick.  You make a lot of big talk and know how to manipulate old information to appear different than it first was that is just a bunch of smoke and mirror trick to gain personal attention.

@Just4Tom74 wrote:Talk is cheep let's see some real action on your part Nick.  You make a lot of big talk and know how to manipulate old information to appear different than it first was that is just a bunch of smoke and mirror trick to gain personal attention.