RamblingRobert
Really digging for new members aren't you Bill. Thats what happens when everyone bails and you treat people like crap.

SuperDot
control freak much?
well he did manage to break up TNT by bringing people over from there
then blew it up by being a control freak, now most of those are over here, and a LIST is being made of the ones who are staying
obviously deliberate lists of potential millionaires can be a dangerous thing, so forget that right?

Curious Question #1 IF somebody wanted to break up a group that had 200k+ twitter followers how would they do that?

crazymonkeyluv
might be a scammer pretending to be bill with close name of email. never heard wsomn use @zoho.com before. wouldn't send them any info either way.

No not very expensive at all. Twitter does not charge by the follower, in fact they do not charge at all for an account. You can get a business website with unlimited storage and bandwidth for under $20/month.
*****************
Trust but Verify --- R Reagan

Guess there is something to those blonde jokes after all.  LOL

Kenny didn't do anything!  AdminBill, HIMSELF, put out an incorrect email!  Which, by the way, is still up at Wing-it!  LMAO!!!!

it's so funny to me.  I've known Appaloosa for several years.  From the jump, she's been a glory hound, with an inability to keep her opinions to herself.  She's gotten roasted numerous times on TNT for her diarrhea of the mouth issues.  Now, she's wields power as a MOD on this ridiculous Wingit board.  She craves attention, but she's definitely biting off more than she can chew...

@ReapAndSow73 wrote:it's so funny to me.  I've known Appaloosa for several years.  From the jump, she's been a glory hound, with an inability to keep her opinions to herself.  She's gotten roasted numerous times on TNT for her diarrhea of the mouth issues.  Now, she's wields power as a MOD on this ridiculous Wingit board.  She craves attention, but she's definitely biting off more than she can chew...

YEP!
*****************
Leadership is a potent combination of strategy and character. But if you must be without one, be without the strategy. - Norman Schwarzkopf, Jr.

[size=32]6.  DO NOT SHARE ANY POSTS FROM THE WSOMN SITE.  This is due to the escalating issues with Kenny infiltration at the WSOMN site.  We have had issues already with info brought here causing members to share their information with an imposter Admin Bill.  We do not need that hacking sort of infiltration here.  No questions asked.  You will be banned. 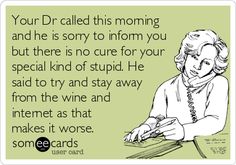 @Ssmith wrote:APPALOOSA is the new PAM!!!!!