Hub   I dont personally have the foggiest, but my NYC currency broker said that he sees the rates just waiting for release and he also says he sees 10 currencies to be revalued.
...
I dont know about any special rates...but the one factor that regulates all currencies in the world is how much work do you have to do to buy a can of coke...

In the states you have to work a time equal to $1.40, in Canada you work to a time worth $1.65 canadian, in Mexico you work time worth 15 pesos. and so on and so forth. so the Dinar should come in at the rate that is equal to the value of commodities in Iraq.

When the same work does not buy the same product, the currencies are out of kilter, so this rv is to put the dinar in line with the rest of the trading countries.

Dude49:  Just wondering platinum why do you get to exchange and we are still waiting

Zebragirl:  Dude, she hasn't exchanged yet but has a proactive wealth manager

Platinumrunway:  Dude I was called in for prep

You should have stopped with your first phrase:

I dont personally have the foggiest

The coke thing is a rule of thumb to conveniently compare currencies, it is just an item people can pretty universally relate to. Think of it as exchange rates for dummies, it regulates nothing.
*****************
Trust but Verify --- R Reagan

I wonder how they will make change for buying a coke if they RV? Who has anything smaller than a 1K note, which will be worth 3 grand+ ?? 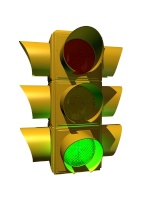 Maybe they would be better off buying a 'Coke' truck,ie, camel and trailer.....

I think the biggest mistake people make is calling their currency large notes, while we tend to think of a 25,000 note as being large in Iraq's case it really isn't and in fact to them it's roughly what a twenty dollar bill is to us. I think of every time I see one of those idiot gurus suggesting that the new 50,000 note is just for inter-banking purposes and/or very large transactions and not intended for general public use. That's just plain dumb! The new 50,000 is worth less than 50 U.S. Dollars, why the dickens would they use a 50 Dollar bill (which is about what it would amount to) for inter-banking only purposes?

Looks that way-I think in the 'end', we'll ALL be walking funny- I look like a 'bent' kid now...{arthritis, of course}-Reminds me of two infamous people mentioned back in the 60's- 'Ben Dovver', and 'Phil Mccracken'-