Could this finally be our New Year baby, a re- birth of a nation?

Does everyone remember way back that they needed 10 days to do exchanges. How many times did we hear this?.

Now look at the dates now. The 20th has passed but the window for the 22nd will halt tonight but Tuesday the 13th,wed,the 14th are still highly in play.
....

Now enter OM (Open Mic Call) , and the premise/rumor  that they want us completed by Thursday evening. That would truly be a miracle and I really hope it is for real.

Iraq is ready, the emerging countries are more than ready and lastly China is helping. Good luck.

And a thank  you to the TNT family.

Iko Ward:  Notice all the intel and opinions use the word "waiting"? That's a good thing. The whole world is waiting, not wondering if, not wondering how much, simply waiting.

elmerf123456 : The charts NEVER lie..... The French bank Credit Agrigole started tracking the same decline curve as Glencore!! Why!?? Because the bank was literally creating mortgages on copper!!

To the tune of about $100 billion! I bet those boys over at Credit Agrigole sure wish there really was a Santa Claus, cuz that wolf at the door is going to be pounding coal up where the sun don't shine... REAL SOON! IMO

elmerf123456 :  DeutscheBank executives are leaving the "Plato" dark pool fund!! It doesn't appear that they came to that decision on their own, more like they were gracefully thrown out, you know, kinda like how a bar fight ends!

Starchild :  Elmer - also - did you see Fortress is liquidating...?

elmerf123456 :  Fortress announced it is closing down its Macro Hedge Fund. So far, we have lost 6 hedge funds in just one week!! Now, with DeutscheBank selling assets, Glencore selling assets, Carlyle Group selling assets AND increasing the basket of assets being sold off; it is abundantly clear, there is no magic miracle way out of this collapse.

Rrrr:  This is truly our moment, our destined place in time. Are you feeling the energy, as it continues to climb? There’s no holding back now, this things about to ignite. We are battered and bruised, but we’ve have finally won the fight. The fight to release, to all of mankind, the plans that lay dormant so long in our minds. We are the light workers and we can now set the stage for the day, for a new world beginning, It will all be OK!

just in case you thought china and the renminbi were'nt players

Monday:
Iko Ward:  Guys, Forex is open. Forex is trading. Forex HAS NOT reset the Dinar to the CBI 1166 rate. As my grandmother used to say, "The boys have locked themselves in their room and I don't know what to think."

Tex20001:  If IRAQI Dinar is a defunct currency, who is DOING all this trading???

DanBlessed:  Thanks IKO that's why I asked earlier. Either forex people are fans of Columbus or they are up to something. I been watching all day.

Elmerf123456: Folks there's absolutely no way to pay back derivatives they are 240 times the size of all the Currensy in the world who in the world could pay that back no one I've mentioned this before but of course this is my opinion only

Dave101:  Elmer if they do write them off and reset does that put the same clowns in charge again

Elmerf123456:  In my opinion once we move from the Fiat system to an asset back system that will disallow for manipulation you can't spend what you don't have and you can only spend what you do have

Iko Ward :They always revert back to the 1166 so reset their spread for the next day. Hasn't happened today.

Iko Ward :So we now have a nice little mystery. Forex did not revert to 1166 today and just polled 1.5. We are now in the Twilight Zone. Nobody I know can explain it.

Rrrr:  This is truly our moment, our destined place in time. Are you feeling the energy, as it continues to climb? There’s no holding back now, this things about to ignite. We are battered and bruised, but we’ve have finally won the fight. The fight to release, to all of mankind, the plans that lay dormant so long in our minds. We are the light workers and we can now set the stage for the day, for a new world beginning, It will all be OK!

RRRR is gonna choke on all that smoke. 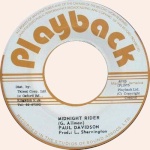 Well there was a fluctuation in the IQD today, however it was nothing new, nor did it show on all trading platforms with some showing it closing at 1125, and some showing it at 1166. But first of all, even IF it changed, we are talking a whopping 3% give or take. Further, the CBI auction still sold at 1166, so don't expect any change.

BASIL III has nothing to do with with Fiat or Asset currencies, or central banks in any way. It is a set of voluntary standards for how banks count their assets, that regulators can adopt in whole, in part, or not at all.

The rest of it is just total crap.

Rrrr: This is truly our moment, our destined place in time. Are you feeling the energy, as it continues to climb?

These dumbos will NEVER give up, will they?